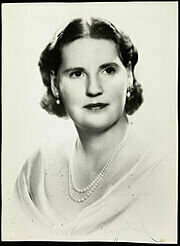 Richard Strauss had reached the ripe old age of 84 when he decided to compose his musical last will and testament. Setting poetry by Joseph von Eichendorff and Hermann Hesse, the Four Last Songs emerged individually. When Strauss died on 8 September 1949, he left no indications that he intended them to be issued or performed together. However, Strauss was adamant that Kirsten Flagstad should be the soloist of the first performance. For opera critics, Flagstad ranked among the greatest singers of the 20th century, and she was even called “the voice of the century.”

The reason Strauss focused on Flagstad, however, had little to do with her vocal prowess. Like Strauss, Flagstad was vilified as a Nazi collaborator after the war, and severely struggled to restart her career. It was out of sympathy for her difficulties that Strauss wrote, “I would like to make that possible that the songs should be at your disposal for a world premiere in the course of a concert with a first-class conductor and orchestra.”

The premiere of the Four Last Songs took place at the Royal Albert Hall in London on 22 May 1950. Flagstad was the featured soloist and the Philharmonia Orchestra conducted by Wilhelm Furtwängler accompanied her. 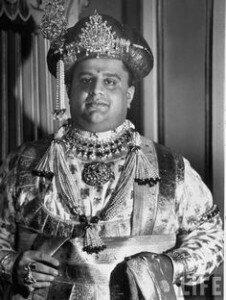 Interestingly, the Maharaja of Mysore, Jayachamarajendra Wadiyar Bahudar, sponsored that particular concert. A noted philosopher, musicologist and philanthropist, the Maharaja had a record library “containing every imaginable recordings of serious music, a large range of loud speakers, and several concert grand pianos…” The Maharaja financed the recording of a large number of compositions by Nikolai Medtner, and he became a Licentiate of the Guildhall School of Music, and honorary Fellow of Trinity College of Music, in 1945. Although he could not attend the premier performance of the Four Last Songs, the Maharaja subsidized a recording, with the disk shipped to his palace in Mysore. Modern technology has now been able to restore this historical recording.