American bass-baritone Ryan Speedo Green is carving out a reputation as one of the great young singers of today. He has performed across the US and Europe, including roles at the Metropolitan Opera, Wiener Staatsoper, Washington National Opera and Opera de Lille. Born in southeast Virginia, Ryan experienced a difficult childhood before being introduced to opera in high school. Since then, he hasn’t looked back, and chats to me about some pivotal moments in his past, and what the future holds. 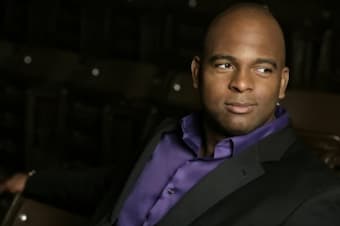 What inspired you to take up your instrument / start singing?

I’d started the Governor’s School for the Arts which was a high school for the arts, from ninth grade to twelfth grade. The Principal of the whole school was leading a diversity and inclusion campaign. [There weren’t] many boys coming from my area, which was a pretty run down low-income area of southeastern Virginia.

I came into the audition being able to hold a tune [but] I had no idea what opera was. I just knew that this was a very prestigious school and that my course teacher at my main school told me that if I did it I would get some extra credit. Neither me or my mom knew what I was getting into, but she was so ecstatic when I got in and just said I had to do it. When I thought of opera I thought of Loony Tunes, of a big fat white Viking lady with horns breaking windows, and when I got into the programme, even though that image and preconception was broken, I still didn’t think of someone who looked like me doing it. I didn’t think of it as a career that people of colour were doing at a high level because I wasn’t educated, and YouTube wasn’t huge back in 2000, 2001, so I didn’t have much to look at. 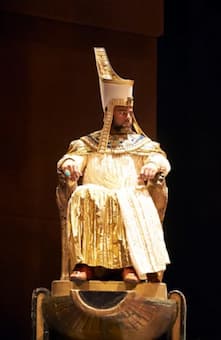 My high school took a field trip to New York City to see an opera, and I had a patron pay for me to go because I couldn’t afford it myself. My first opera I went to see was Carmen, and the fact that this opera is one of the most accessible operas a young person could ever watch was one of the reasons that opera became exciting to me – but the biggest thing that made it real and tangible for a 15 year old black kid from the hood was that the title character, the main role of Carmen, was portrayed by an African American mezzo soprano [Denyce Graves]. For me, as a young black man from a trailer park, to see this grand opera on one of the biggest stages in the world, performed by a woman of colour […] made it real.

Two years prior to seeing my first opera at the Met I was locked up in juvie, and the biggest goal of my life was to just graduate high school and get out of my trailer park. For a moment in time, my walls were broken down and I dreamed of doing something other than just getting out of my trailer park. For a kid whose entire life was spent being told what he couldn’t be or what he couldn’t do, to think I could do something, in that moment I had to release it, I had to tell someone. I told my teacher that I wanted to sing at the Met – not just sing opera, sing at THE Metropolitan Opera. And instead of crushing that dream, he knew that was his moment to set a goal for me.

He gave me a huge list – I had to learn to read music, to sightread, to learn languages, to graduate high school, to go to college and grad school, to do young artist programmes – but what he didn’t do was tell me it was impossible.

I took the list home, started taking my classes more seriously and learning music, taking voice lessons, and nine years later I was singing at the Met. I’m the perfect example of what not saying no can do! I hope everyone in their life has someone like that, whether it be a teacher or a parent, who believes in you. Regardless of whether you succeed, just knowing that person believed in you can do wonders for you as a human being.

There are many singers that I idolise, from Eric Owens, who has been one of my mentors and who I’ve watched on stage from the moment I could see him on stage, to the people who came before me [like] Samuel Ramey, who I consider the greatest American bass to ever exist. 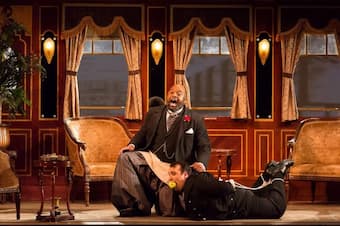 With lower voice types, there’s a lot of marinating involved – as I get older I’m discovering more and more of my voice that I didn’t know was there. I’m moving into a lot of Wagner and Verdi and Strauss. I started with Rossini and Mozart which I’m happy about, because they’re the quintessential ‘voice check’: if you can sing them well then your voice is in a good place.

Are there any roles you haven’t performed yet that you would like to in the future?

Figaro is one of my dream roles, one of the roles that fits my voice like a glove, and I can’t wait to one day sing it. I’m looking forward to getting older, which sounds weird, but I’m just excited what the future is going to bring, especially with Wagner and Verdi. They’re my two favourite composers and I’m excited to delve more into their music.

Is there a particular role that you’ve really felt your relationship with change with over time (for better or worse)?

The prime example is Verdi’s Banco. His aria Come dal ciel precipita was one of the first arias I tried when I became a bass baritone when I was 22. […] It took ten years from the moment I first sang the aria to actually sing the entire role. Right before he gets assassinated Banco sings this aria to his son about how he needs to be aware, how there is danger and an uncertain future. He’s in terror and he wants to protect his son. When I sang the aria ten years ago I had no son, I had no-one to protect (other than my voice!) […] and now I’m a father, I have two children, and I know exactly what it feels like to want to do anything to protect my child from harm and pain and suffering.

Without my wife I mentally wouldn’t be here today from all the loss of work, of money, the fear of my livelihood being taken away from me [due to covid]. I didn’t really know what depression was until I talked about it and realised it was something I was experiencing, and I’m not ashamed to admit that I suffered that very deeply, and being able to talk to someone about it who loves and trusts me was so important.

My children are also such a huge inspiration. A lot of bass baritones are fathers, uncles, kings (whether they’re good fathers, uncles, or kings is a different matter…). They’re often involved with younger people, and I have so much fuel for all of these stories and characters now.

You can only have understanding from experience. I’ve experienced death, loss, love. As a young man I saw it in movies but now know what it’s like. When you’re a young musician [the music and the notes] are the first things you need to focus on, and if you do those right, the drama will always be there.