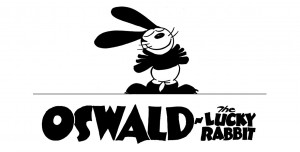 Early in his animation career, Walt Disney discovered the importance of using music in his cartoons – his first animation with his new character, Mickey Mouse, was also the first animation to have synchronized sound. The steamboat chugs, Mickey sings, the whistles toot, and we’re caught up in the world of Mickey. When you compare it to the earlier Oswald the Lucky Rabbit films (Poor Papa, 1927) that preceded Mickey, you’ll see that the music and sound isn’t nearly so coordinated. 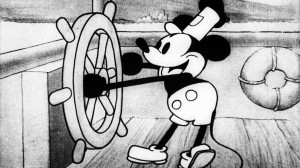 In 1929, Walt Disney began his Silly Symphonies, a series of cartoons using music, both classical and jazz music to drive the stories.

In Music Land (1935), the Princess of Symphony and the Prince of Jazz meet, but then there’s her mother…and the war with the organ pipes versus the jazz brass section. Followed, of course, by the double wedding conducted by the double bass. 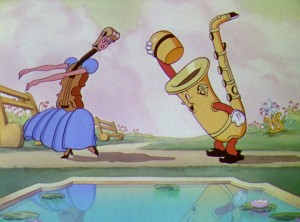 The first Looney Tunes cartoon was Sinkin’ In the Bathtub (1930). Modern pop music such as “Tiptoe Through the Tulips” from 1929 is used and “I’m Forever Blowing Bubbles” (1918), but we also hear Bosco playing classical harp in the shower, and a bit of Land of Hope and Glory when they defeat the cow.

The first of the Merrie Melodies was Big Man from the North (1931). 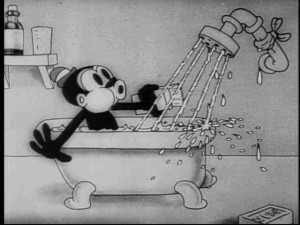 Bosco in the Bath

Unlike the other music series, Merrie Melodies had a serious commercial end: the new cartoons would feature music from the soundtracks of Warner Bros. films and would become promotions for Warner Bros. recordings and sheet music. Since Warner Bros. had their own orchestra and controlled the rights to the music, this was a win-win situation for them.