Composers Anecdotes
Writing the Past into the Future: Bacewicz’ Concerto for Strings
by Maureen Buja June 30th, 2021
Tags: Bacewicz 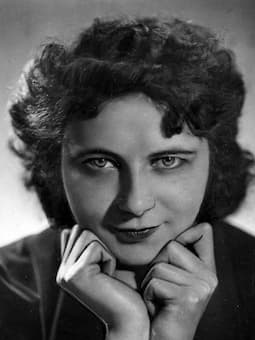 Grażyna Bacewicz (1909-1969) was one of the leading Polish composers who brought Polish classical music into the international mainstream. Following the example of fellow-countryman Karol Szymanowski, Bacewicz combined Polish folksong with modernism in music. More so than any other country, Poland’s contribution to 20th century music was important for keeping the country on the international scene during a time of socialist repression. 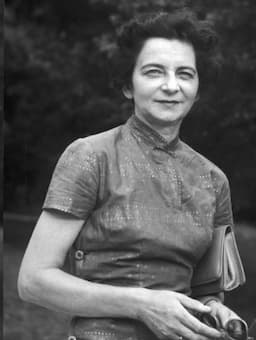 After completing a double degree in composition and violin from the Warsaw Conservatory in 1932, she was given the opportunity, courtesy of a scholarship from the Polish virtuoso, composer and statesman Ignacy Jan Paderewski, to study in Paris at the Ecole Normale. There, under the tutelage of Nadia Boulanger and with an international group of other composers, she learned more cosmopolitan musical fashions. She moved between Warsaw and Paris as necessary, studying in Paris and serving as the concertmaster of the newly formed Polish National Radio Symphony Orchestra. She returned to Warsaw just months before the start of WWII.

Displaced during WWII, she nevertheless kept composing. Post-war, her most important work was her 1948 Concerto for String Orchestra. Written not as a concerto but in the style of a Baroque concerto grosso, the work’s opening immediately seizes the imagination. It’s Baroque, but not as you’ve ever heard Baroque before. It captures the “sewing machine rhythm” that Bach’s music is so often accused of, but then interjects elements that are definitely modern and international – the string writing sounds very 20th-century English, for example.


The slow movement, opening with its muted violins, provides the surface against which the solo cello sings. The string section is divided and divided again into as many as 17 different lines and the texture of the work deepens and becomes more serious. There’s no Baroque work that carries this level of solemnity.


The final movement, a kind of angular jig, is driven forward by a rhythm that sparks with bubbles. We are now so far from the Baroque-style beginning that we realize that what Bacewicz has accomplished in this work is a kind of 4-century tour of musical styles. We close on the same key of D that we started in, inviting us to start the work over again.


And so the musical cycle continues. One statement by Bacewicz about her changing musical styles firmly keeps her in the ‘ever looking forward’ camp: “I disagree with those who maintain that once a composer develops her own style, she should stick to it,” she wrote. “I find such an opinion totally alien; it impedes further development and growth. Every composition completed today will belong to the past tomorrow.”