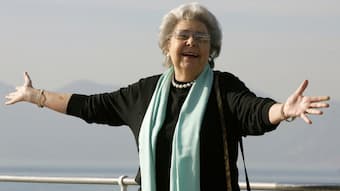 I never had the privilege of experiencing Christa Ludwig perform live. But I saw her year after year in the audience of the Salzburg Festival. Statuesque, elegant, attractive and humble, this true operatic diva was content to be just a member of the audience. But it was always clear to everyone that we were in the presence of greatness. Her charisma was palpable, even when she didn’t sing.

Born in Berlin in 1928, she came from a musical family. Her father was General Manager of the Theater Aachen, which happened to employ a young conductor called Herbert von Karajan from 1934 to 1941. Her mother was a professional opera singer and became her daughter’s first and only lifelong vocal coach, and a constant source of inspiration, perfection, and criticism. Her parents recognized their daughter’s musical gift and encouraged her pursuit of music, which she studied at the Aachen Conservatory and Musikhochschule Frankfurt. 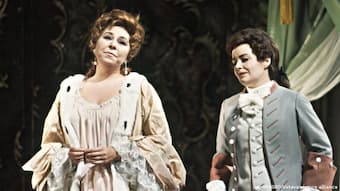 In ‘Rosenkavalier’ at the Vienna State Opera, alongside Gwyneth Jones (r),
in 1968 © DW.com

Ludwig worked her way up through the provincial German stages before her breakthrough audition for Karl Böhm who cast her in the Salzburg Festival as Cherubino in Mozart’s Nozze di Figaro in 1954. The year thereafter she joined the Vienna State Opera, which became her artistic home for the next three decades. By the late 50s, her position among the global stars was firm.

She worked with legendary conductors Herbert von Karajan, Karl Böhm and Leonard Bernstein. Each of them imparted their unique genius on this extraordinarily versatile artist. She recorded with Callas. She conquered the Met with the same aplomb as Bayreuth and all the important concert stages. 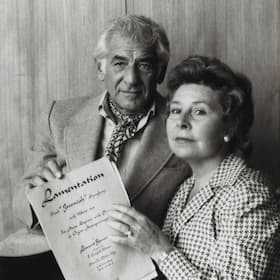 As a mezzo-soprano, not usually the operatic focal point, Ludwig dominated the stage. From trouser roles like Cherubino and Octavian (Rosenkavalier), to the featherlight Dorabella in Cosi Fan Tutte, to heavy Wagnerian roles like Brangäne in Tristan und Isolde. She delivered one of the most discerning performances of Mahler’s Lied von der Erde, and just as easily powered through Camille Saint-Saëns Samson and Delilah, her voice soaring as effortlessly as it dove to brooding depths. She was equally at home and impactful in contemporary music and was one of the first female performers to successfully tackle Schubert’s Winterreise, offering a mature rendition with impeccable diction.

Whatever Ludwig touched, she delivered with sensitivity, insight, warmth and vocal resources to spare. Her discipline and reserves were legendary. She barely cancelled performances. Was always exquisitely prepared and punctual. She was the consummate professional, able to maintain this energy and presence throughout her 50-year career, something she attributed to her Prussian discipline.

She was focused on the job, fully committed and not gossipy. Precision is something she credited to her years working with Karl Böhm. This was a musician who could – with disarming charm – argue with Leonard Bernstein over tempi. 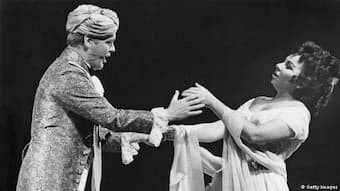 In no way did her reportorial breadth indicate any superficiality. She chose thoughtfully, carefully, and knowingly. She put heart and soul into her interpretations, and readily accepted the artists’ eternal sacrifice of singers at this level: the punishing travel schedule, the pressure to be in great form, the fear of catching a cold. Admittedly, this took a toll on her family life.

After her carefully planned and impeccably orchestrated retirement, she fully withdrew from the stage and seemed to enjoy every day of what she called “just living.” She gave coveted masterclasses with an enormous sense of mission. She often quoted her mother telling her “I hope you can keep your voice so long as to understand what the music is really about.” Understanding what was “behind the music” was an important skill she credited to her work with Bernstein. She lamented the homogeneity of voices of the younger singers, complaining about a loss of character.

She was a popular guest on talk shows, gave multiple interviews where she cheerfully opined on issues ranging from Renata Tebaldi’s pitch to her views of the “me too” movement (“they could have said no”). She also epitomized the witty and opinionated older German lady, who generously shares her wisdom but also her views, with a twinkle in her eye and a decidedly Berlin-like matter of factness.

Once she retired to her home outside Vienna, she rarely attended performances and barely listened to music. Salzburg for her was an event, in her words, an opportunity to get dressed up and make an appearance.

Christa Ludwig, Kammersängerin, leaves behind an extraordinary and varied discography and a fast-disappearing link to the musical greats of the post-war generation.