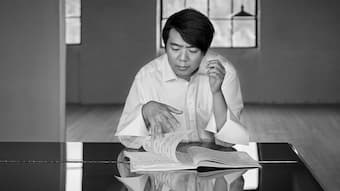 “The more time I spent with the Goldberg Variations, the more I wanted to know about Bach, his contemporaries and the composers he later inspired. Each of the new pieces I’ve recorded for this project have added to my understanding of his music.” – Lang Lang


The bonus tracks include Bist Du Bei Mir, an aria by Bach’s slightly younger contemporary Gottfried Heinrich Stölzel which appears in transcription in the Anna Magdalena Notebook; an arrangement of the ‘Sinfonia’ from Bach’s Christmas Oratorio; Wilhelm Kempff’s transcription for solo piano of the ‘Siciliano’ from Bach’s Second Flute Sonata and the ‘Andante’ from Bach’s Italian Concerto. Lang Lang has also included the Arabesque, by Schumann, who greatly admired Bach’s music as the purest source of strength; an elegant arrangement of Sheep May Safely Graze, recorded with his wife, the German-Korean pianist Gina Alice; and the ‘Andante’ from Johann Gottlieb Goldberg’s Sonata in D major.


Listening to these pieces, it is interesting to note that they are almost all slower in tempo, rather thoughtful in character, with elegant, often beautiful melodies, to which Lang Lang brings an attractive lyricism. I wonder if Lang Lang deliberately chose these pieces to help him shape and appreciate the iconic Aria which opens the Goldberg Variations?

It’s not often that a performer will present his “homework”, as it were, to listeners in this way, but this selection of pieces is instructive in providing both player and listener context and insights to the main work, in this instance the Goldberg Variations, as well as offering a more general overview of a composer’s style, musical language and output.

This kind of “musical homework” is crucial in gaining an understanding of any piece. Music does not exist in a vacuum and any serious study of music should include this kind of contextual work. Listening to or playing other music by the same composer, or their contemporaries, gives one a sense of not only the composer’s compositional style and musical language, but also their unique soundworld. Intense, immersive study of this kind enables one to present a much deeper reading of the music in performance.