Composers Inspiration
A Fantasy About a Fantasia: Henry Purcell and Elliott Carter
by Maureen Buja May 7th, 2021
Tags: Carter, Purcell 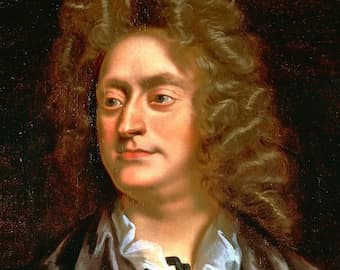 In the summer of 1680, Henry Purcell (1659-1695) started to experiment with an older musical form, the fantasia. The basic structure of a fantasia is the construction of several musical phrases, or points, each of which is given a contrapuntal working out before going on to the next one. Purcell would have been familiar with these from Matthew Locke’s (c. 1621-1677) fantasia sets of a generation earlier. Purcell brought his own ideas to the form, making each point full of theatrical gestures, and adding in chromaticism and dissonance.

In Purcell’s Fantazia Upon One Note, his only fantasia for 5 parts, one instrument, the tenor viol, plays only one note, middle C. Around this still point, the other instruments play their parts, from the gentle opening to the triumphal ending. It’s only in the middle, in a minor choral section, that the tenor viol has a brief ‘solo’ appearance.

Henry Purcell: Fantazia Upon One Note in F Major, Z. 745 (The Rose Consort of Viols) 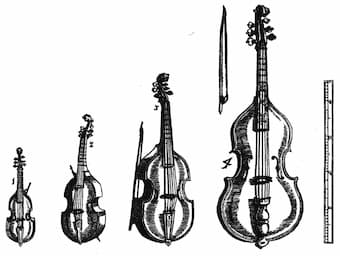 The tenor viol part is difficult to hear on a recording but is much easier to see in a performance.

American composer Elliott Carter (1908-2012) felt that the dramatic nature of Purcell’s work, ‘a repeated, tolling, bell-like note sounding through musical episodes of contrasting character,’ was seldom achieved in performance. The tenor viol’s middle C was lost in the musical mix. His arrangement of the Purcell fantasia was designed to bring out that lost middle C and by moving it to a brass ensemble, could change the dramatic possibilities of the work. 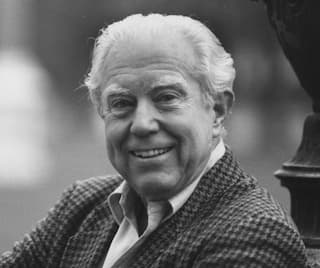 The work was created in 1974 as ‘A Christmas Present for the American Brass Quintet,’ as the dedication reads.

It is not known why Purcell took up the writing of fantasias in 1680, but in doing so, he left us a wonderful farewell gift to a musical style that was quickly fading. His 1680 works are considered the last music written for the viol before its modern revival starting in the mid–20th century with England’s Viola da Gamba Society, founded in 1948.