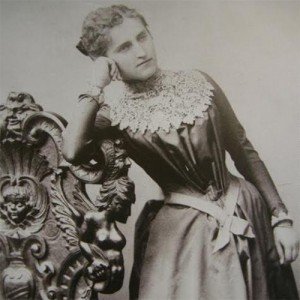 The initial meeting between Winnaretta Singer aka Princesse de Polignac and Maurice Ravel was described as “an audacious feat of social climbing” in 1899. The Prince and Princess de Polignac had established a salon in Paris, and the music room of their mansion in the XVI arrondissement quickly became renowned as a haven for contemporary music. For the young and ambitious Ravel, whom his teacher Gabriel Fauré introduced to the Winnaretta salon, it became the social and professional springboard for a highly successful career. On their first meeting, Ravel presented Winnaretta with the dedication of his newest work, the Pavane pour une infante défunte. Instead of asking and waiting for her permission, Ravel had simply gone ahead and presented her with the score and dedication. In the event, Winnaretta accepted the dedication and became one of the most passionate supporters or Ravel’s music. The Pavane sounded in various concerts organized by Winnaretta, and it was also performed at Edmond de Polignac’s funeral in 1901. 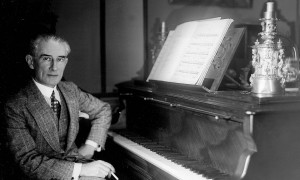 Ravel struggled mightily to win the “Prix de Rome,” the most prestigious artistic scholarship in France. The fortunate recipients, selected via a demanding process of elimination, would spend up to 24 months—all expenses paid—at the Mancini Palace in Rome. Submitting a variety of choral works and cantatas, Ravel unsuccessfully tried to win this coveted annual award for five consecutive years. His final rejection in 1905—resulting in a scandal that uncovered a conspiracy of blatant favoritism—led to a complete overhaul of the administrative process. More importantly, however, it publicly validated Ravel’s artistic style and direction and served to spark a brilliant musical career. Winnaretta had always been a staunch believer in Ravel’s music, and a whole slew of new Ravel compositions were performed at her salon in 1905 and 1906. Among them the Sonatina for piano, the orientalist song cycle Schéhérazade, the Cinq Mélodies populaires grecques, and the “Alborado del Gracioso” for solo piano, the fourth piece in the composer’s Miroirs.

Winnaretta’s salon was a vehicle for the channeling of art patronage, based on a negotiated symbiosis between social and artistic elites. Music played at her salons, much of it specifically written to be played there, marked the occasion and the assembled company as culturally elite. “Because of the salon’s central position in the lives of the nobility and upper classes, these society elites were in the position to contribute directly to the development of culture through their activities, beliefs, and opinions by acting as arbiters of taste in etiquette, language, philosophy, literature, the arts, and politics.” Winnaretta’s salon received glowing reports in the contemporary press, with Le Figaro writing, “Her salons, which are among the most sought-out in Paris, where art is cultivated with the greatest zeal and discernment, have many times opened their doors for exquisite diversions; last night’s counted among the most delectable.” In fact, Le Figaro specifically alluded to a January 1909 salon, which featured Debussy’s Fêtes galantes, Les Ingenues, Le Colloque sentimental and Estampes, Fauré’s Le Secret, Liszt’s Jeux d’eau de la ville d’Este and the premiere of Ravel’s “Ondine” from Gaspard de la nuit.

Winnaretta’s salon was a place where professional connections and friendships could be made, and where it was possible to be exposed to the most modern trends in music and the other arts. And that is exactly how the collaboration between Ravel and the French writer Colette got started. The result of the collaboration resulted in one of Ravel’s most popular staged works, the fantasy-ballet L’Enfant et les sortileges. It took Colette only 8 days to finish the libretto, but Ravel, interrupted by his military service in the First World War, took the better part of 5 years to finish the music. The premiere took place on 21 March 1925 in Monte Carlo, and Winnaretta recorded in her diary, “it’s exquisite, and the success was very great.” Maurice Ravel famously wrote, “All of life’s pleasure consists of getting a little closer to perfection, and expressing life’s mysterious thrill a little better.” Clearly, Ravel had to thank the Princesse de Polignac to make all this possible!