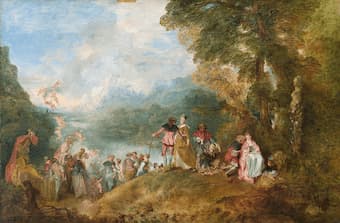 The Fêtes galante style was a term specifically created by the French Academy in the early 18th century to describe Watteau’s paintings of country or parkland parties. It was his way of giving his patrons what they wanted, namely, pictures of themselves, and of giving the Academy what they wanted, namely, pictures on historical or mythological themes. The Academy disapproves of straight portraiture, but a patron has demands he will make on a poor painter, so what was Watteau to do? 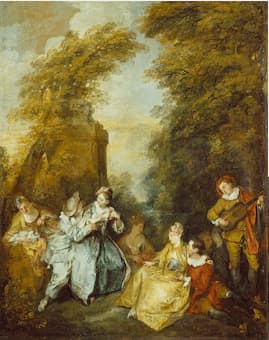 Cythera, or, in modern Greek Kythira, is the Ionian island where Venus / Aphrodite was born, so would have been a destination for lovers everywhere.

The painting is everything a patron could want in a work – beautiful landscape, beautiful figures in beautiful clothes, beautiful statuary, and cupids everywhere. For the Academy, it’s a classical scene with mythological overtones. For the viewer, we have so many expressions of joy in the work: the couples in the middle of the work give us three stages of love – one couple in front of the statue is still engaged in their tryst, the three couples under the trees are in the acts of disengaging, while the couple walking down the hill are looking back in memory. More couples down by the boat are embarking for their voyage back to home. There’s no sorrow, no sadness, just a happiness and satisfaction in a perfect world.

Other painters, such as Fragonard, Lancret, and François de Troy also painted works in this heightened style, but the style itself was gone by the mid-18th century. 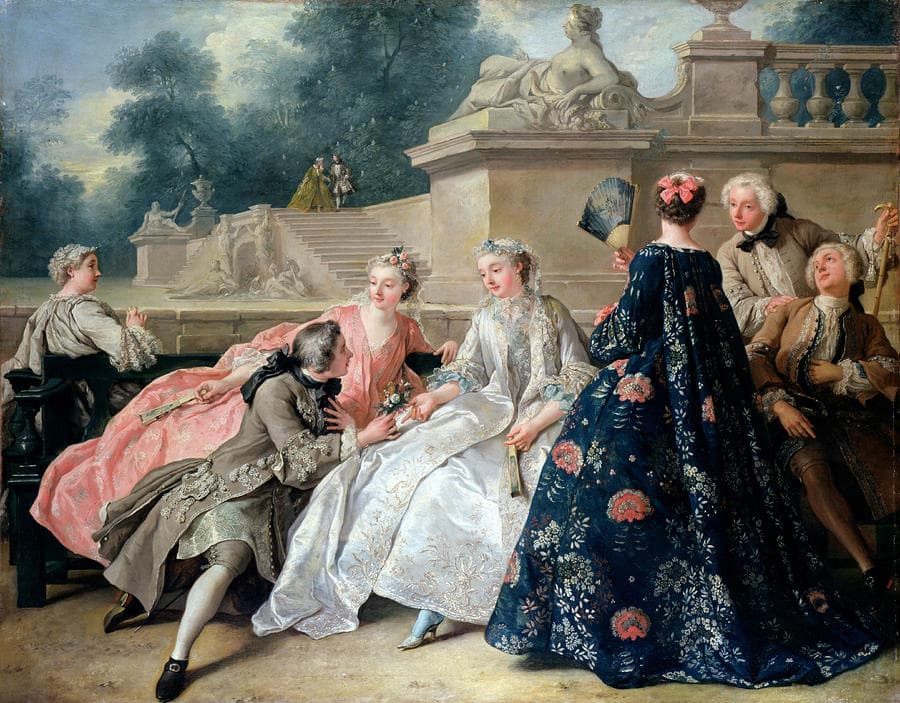 The French composer Claude Debussy (1862–1918), known for his mastery in making one genre of painting, French Impressionism, into music, took up Watteau’s pastoral ideals with a work from 1904, L’isle Joyeuse, that gave a modernist twist to the older genre. First written for piano, it was later orchestrated with Debussy’s permission by the Italian conductor Bernardino Molinari. The orchestral work had its debut in 1923.

The piano version seems like it starts us at a precarious landing. The dancing rhythms carry us onto the island and up to the grove of Venus, where all delights await. It’s very much a personal piece, as though we are looking through the eyes of a character to see what’s around us.


As an orchestral work, there’s a larger scope for setting the scene. More than just involving an individual character, the orchestra can provide a whole world of people. The celebration is heightened, and there’s more details in the sound picture – the woodwinds flitter Cupid-like, the harp adds another voice, and with the brass sound, it’s as though the whole world glitters.


Conveying a picture in music is difficult but, in this work, Debussy and his orchestrator Molinari give us a world we wish we could just step into.