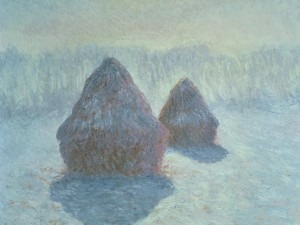 I recently attended a concert held at the Musikfest Stuttgart, which incorporated ‘Water’ as its central thematic element.

The program began with Franz Liszt’s ‘Les jeux d’eau de la Villa d’Este’ from “Années de pélerinage” (Troisième Année -Third Year), which Liszt composed in 1877, as the third part of a piano cycle conceived of as a totality over four decades. Liszt traveled to and lived in Italy many times during his life. These ‘years of wandering’ should be seen in the tradition of the Romantic hero, not only in music but also in literature and painting.

In literature, we can equate Liszt’s journeys with Jean Jacques Rousseau’s “Rêveries du Promeneur Solitaire” (Musings of a Solitary Wanderer) and Johann Wolfgang von Goethe’s ‘Italienische Reise’ (Italian Journey). Very often, Liszt used the works of Petrarch, Dante, Schiller and Goethe as inspiration for his musical compositions. All of these works were always remembrances of past events, which then over the course of a lifetime, inspired various new artistic creations in the respective fields. 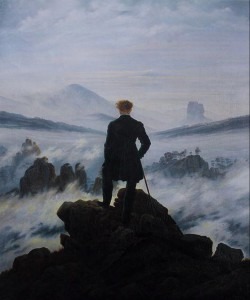 Painting in the era similarly utilized themes of remembrance and forgetting. In ‘Wanderer above the Sea of Fog”, painted in 1818, Caspar David Friedrich shows the solitary figure of a man contemplating a mountainous, foggy landscape. His back is turned towards the viewer, a device that pulls viewers into the painting and makes us an active participant in a landscape, inspiring us to join the dream.

In ‘Jeux d’Eau’ Liszt transposed his impressions of the softly cascading waters of the famous Renaissance gardens of the Villa d’Este into subtly cascading sound of the piano, which Igor Levit rendered with great musical sensibility.

A short quarter of a century later, in 1901, Maurice Ravel composed his own Jeux d’Eau as a response to Franz Liszt, whose works he cherished. Ravel, at that time a student of Gabriel Fauré, to whom he dedicated the piece, added a notice above the notes “to the river god tickled by the notes” and so we can equate the memory of Ravel tied directly to the memories of Liszt. 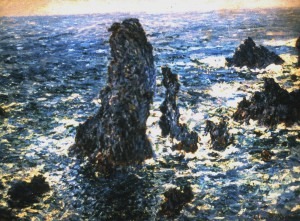 Tan Dun, composer in residence in Stuttgart, conceived his ‘Eight Memories in Watercolor’ in 1978/79 as memory of his native province of Hunan in China. He included Chinese folk melodies and invented new ones where the emphasis is again on something that had been lived and was transformed later into musical creations.

Debussy’s ‘Des pas sur la neige’ (Footprints/Steps in the snow) followed, a piece which Igor Levit considers “remembered steps, steps of and in the past”. Musically, Debussy creates bi-tonal passages, evenly formed rhythms, a sort of slow walk in half-notes, replicating the hesitating steps of an imaginary wanderer. A free melody develops above it, which seems to attempt to become the major line, which, however, is never realized and we are left with a picture of the soul of winter – sad, cold and lonely. The impression of winter is surrounded by two Préludes, which build on arpeggios. In Brouillard, the music develops slowly, steadily, as if carefully advancing in the fog. In Ondine, musically more lively, Debussy creates a tonal monument to the fabled, scintillating water spirit. What comes to mind here are the works of the Impressionist painters in the 19th century, and in particular the paintings of Claude Monet, his Water scape at Etretât, his Haystacks or the Faces of Rouen Cathedral, memories of real objects, but in their different versions shown as effects produced at different moments in time and space: ‘remembered’objects, inspired to dream… just like music.

The last pieces Levit played were the twelve Etudes d’exécution transcendantes by Franz Liszt, extremely difficult to play, demanding the highest virtuosity of the pianist, considered by many pianists during Liszt’s time impossible to play, except by Liszt himself. Just as Monet created many different versions of his painted subjects, Liszt created several different versions of his Etudes, parts of it, for example ‘Ricordanza’, emerging directly from an earlier work and connecting it to the first presentation, ‘Jeux d’Eau’. They become a testimony to a constant will to renew and innovate, connecting to Marcel Proust’s masterpiece, ‘A la Recherche du Temps Perdu’ (‘Remembrance of Things Past’), which finds the writer/creator at the end of the novel having lived and experienced people, music and art over the course of a live time at the end of the novel really at the very beginning of the act of creation, of writing itself.

According to Charles Rosen in his opus, ‘The Romantic Generation’, Franz Liszt, in “… bringing composition and realization closer together, made it possible to give qualities of sound – resonance, texture, contrast of register – an importance they had never had before in composition”. Tone color and the feeling for sound become more and more important and it is here, that the young pianist, Igor Levit, excelled in conveying Liszt’s and his own genius – masters “not so much of sound as the transformation of sound into gesture”, as Rosen writes, where virtuosity, sensibility and silence created a masterful interpretation. Again, according to Rosen, “…the most genuine understanding of his [Liszt’s] music has been displayed by musicians of Eastern Europe, and he may almost be considered as the founder of Russian pianism”. Igor Levit is certainly one of the few young pianists whose understanding, technical prowess and amazing musical sensibility can certainly be seen in this tradition. A wonderful evening of remembrances ….never to be forgotten!