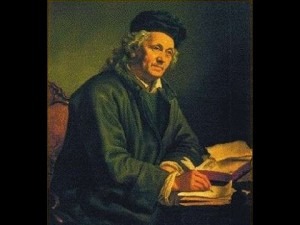 “Johann Sebastian Bach’s method is the only one and the best one. It is regrettable that this great musician has written nothing theoretical about music, and that his teachings have been made available to posterity only through his pupils.”

We can easily understand Johann Philipp Kirnberger’s (1721-83) frustration, as Johann Sebastian left no prose record describing either his compositional technique or pedagogical method. This task fell instead to his students and admirers, notably Johann Nicolaus Forkel, C.P.E. Bach, and Kirnberger. Johann Sebastian was described as an unbelievably exacting and extraordinary teacher! He “discovered how to meet and overcome the obstacles in his own path before successfully teaching others how to avoid them. Hence, as a teacher he was the most instructive, clear, and definite that has ever been. In every branch of his art he produced a band of pupils who followed in his footsteps, without, however, equaling his achievement.”

Bach was not afraid to practice and drill excessively to lay a solid foundation for future success. “For months together he made them practice nothing but simple exercises for the fingers of both hands, at the same time emphasizing the need for clearness and distinctness. He kept them at these exercises for from six to twelve months, unless he found his pupils losing heart, in which case he so far met them as to write short studies which incorporated a particular exercise.” Bach also took time to demonstrate superior musicianship by always playing over pieces for his students. And above else, he insisted on introducing his students only to high-quality material, which of course, he composed himself.

Forkel writes, “As long as his pupils were under his instruction Bach did not allow them to study any but his own works and the classics. The best way to instruct youth is to accustom it early to consort with only the best models.” As a student of Johann Sebastian, Kirnberger played a significant role in transmitting and championing the legacy of his great teacher. He sought to secure the publication of all of Bach’s chorale settings, and he regarded Johann Sebastian as the greatest of all composers. His theoretical work The Art of Strict Composition in Music preserved Bach’s musical thinking for future generations.