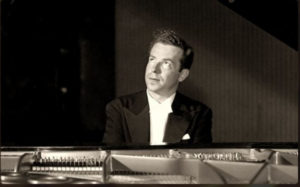 When I was a young and aspiring piano student I once asked my teacher if she would teach me a Mozart sonata. “No,” she said brusquely, “Mozart is too easy.” Even then, this struck me as somewhat odd, because when I tried to play Mozart on my own it just didn’t sound right. But then, as an eight-year old intermediate piano student I wasn’t going to argue with my teacher. I had almost forgotten this little episode when it was announced that Paul Badura-Skoda was coming to my hometown to give a master class and play a recital. I wasn’t selected to be in the master class, but I did go and hear the recital. And I was speechless! In his hands Mozart jumped to life with a vividness that was almost magical. There was lightness and elegance of touch, with every phrase becoming a fantastic musical adventure. Melodies emerged beautifully voiced and bathed in delicious colors, and his tempos just seemed utterly perfect. At that point I was very happy that my teacher had forbidden me to play Mozart. Not because his music was easy but because it was music that was way too difficult for me to comprehend. All I could say to my mother leaving the recital hall, was “I didn’t know Mozart was that difficult.” 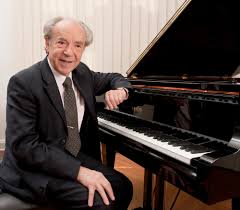 Badura-Skoda was born in Vienna in 1927, and his parents were eager for him to become a civil engineer. However, his musical aptitude was discovered early and attending concerts of Edwin Fischer and Wilhelm Furtwängler during WWII brought the realization that “music has the power to transcend war and destruction.” He started piano lessons at the Vienna Conservatory, and after only two years he won first prize in the Austrian Music Competition in 1947. Asked about the rapid development of his piano technique, he once jokingly remarked, “My home was so cold that I had to practice only fast pieces so that my fingers wouldn’t freeze to the keyboard.” He became a student of the legendary Edwin Fischer, and the conductors Herbert von Karajan and Wilhelm Furtwängler soon started to take note of the young upstart pianist. His first public appearances in Salzburg, New York and Tokyo quickly established his international reputation. And for the next 70 years, Badura-Skoda tirelessly continued his busy performing schedule, and I was last able to see my “Mozart Hero” in Hong Kong a number of years ago. 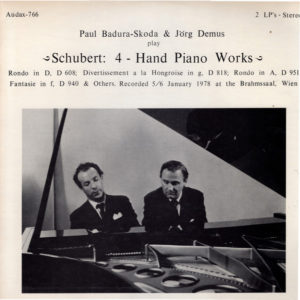 From the very beginning, Badura-Skoda focused on the Viennese Classics, foremost Mozart, Beethoven and Schubert. Together with his compatriot Jörg Demus, he recorded much of the piano four-hands repertory and his Mozart piano concertos, for which he furnished his own cadenzas, are of an exceedingly high standard. However, he didn’t shy away from Chopin, Schumann, Scriabin, Ravel and Rimsky-Korsakov, and he made two recordings of Liszt’s B-minor sonata as well. In all, he recorded well over 200 records, including duplicates to highlight the sound of different pianos. Badura-Skoda had a private collection of five modern and historical instruments, and his three different versions of the “Hammerklavier” restlessly probe the theoretical and technical foundation and function of music. And his recordings of Schubert have been described as comprising “depth, insight beauty, authenticity and penetration interpretation.” 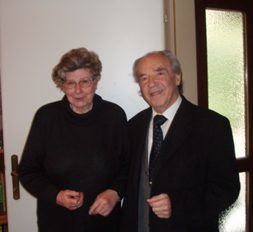 Badura-Skoda also had a distinguished career as a chamber musician, and he was highly valued as a teacher. In addition, he was widely celebrated for his musical scholarship. Together with his wife Eva Badura-Skoda, he edited one volume of Mozart piano concertos for the “Neue Mozart-Ausgabe”, and the couple produced books on the interpretation of the piano music of Mozart and the keyboard music of Johann Sebastian Bach. A good many of their writings have been translated into a number of languages, and he never stopped believing that music is the “quintessence of European culture.” As a reviewer suggested, “Badura-Skoda succeeded in breathing into his performances the innate spirit of the works. He has the capacity to play not only the notes, but also what happens between the notes, turning music into a poetic language.” I didn’t understand any of this when I was eight years of age, but I intuitively understood that something magical was happening when he touched the keyboard.