It was on a day in April—it was actually the 17th of April—when someone told me that Jörg Demus had passed away. In the Internet era, news spreads like wildfire. But the source of all this commotion came from Wikipedia, which showed that the great pianist had passed on the 4th of April. No official announcement was made at that time, so it was a shock to see this. 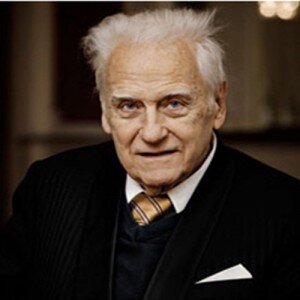 I hoped it wasn’t true. Jörg Demus, who has been regarded as an old friend of Chinese classical music fans, had just been in Guangzhou last year where I had the great honor to host him.

So, I just tried to verify the story by checking with his agent in China who said that the news in Wikipedia wasn’t correct. Jörg Demus had indeed passed away, but his death was on the 16th of April, the day before I found out. I have complex feelings about such a great pianist dying and it being unrecognized in the press. The obituaries noting his death in the leading Western papers, started to appear a month later, in May. The Wikipedia date was corrected 2 hours later after the incorrect date was posted. 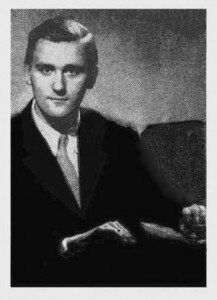 In the history of Western music, there are three great composers of the Vienna School—Haydn, Mozart, and Beethoven—whom everyone knows. But whom the three piano maestros of the Vienna School are not something everyone knows as readily. We could start with a list of three pianists who were born within 3 years of each other: Paul Badura-Skoda (b. 1927), Jörg Demus (1928-2019), and Friedrich Gulda (1930–2000). Others might replace Gulda with Alfred Brendel (b. 1931) because Gulda switched to jazz music later. Also, perhaps not many people know that Paul Badura-Skoda and Jörg Demus were good friends. I think, in some areas, people will take Jörg Demus and Paul Badura-Skoda as pioneers in the period instrument movement or authentic performance movement. As Harold C. Schonberg notes in his book, The Great Pianists, after World War II, Jörg Demus and Paul Badura-Skoda began to collect fortepianos and other pianos from Beethoven’s era while also making a lot of records. The classical music world anticipated the rise of using authentic instrument that started in the 1970s.

I am glad that Jörg Demus came to Guangzhou four times. For his 2014 recital, Demus presented an unforgettable programme that would last long in the audience’s memory. At the advanced age of 86, he played Schubert’s last piano sonata, the Sonata in B flat major, D.960, with J.S Bach’s great Goldberg Variations in one concert. Beyond the technical requirements, his performance displayed all his worldly experience and all of us deeply drank in the wisdom of his old-world charm, which hardly occurs in live concerts nowadays. No recording could match that live concert. After 2 years, it was an honor to invite him again to Guangzhou and this time for concerts of music by Mozart. In the second half, I sat beside Demus as page turner, and we did his Hommage à Chopin Sonate-Fantaisie in B-flat minor, Op. 35, in its China premiere together. Demus was also a composer of music of all genres, including music for the piano, chamber music, songs, and even opera, composing in a generally conservative style. His recorded works include a recital of chamber music for cello and piano, which take their inspiration from the poems of Paul Verlaine and the later music of Robert Schumann. But this Op. 35 Sonate-Fantaisie was played not from a printed score but from Demus’ own manuscript, which I had to watch carefully during the concert. I could feel that this work was unfinished and after the concert, when Demus asked my opinion of his work, he told me that some movements still needed to be polished. 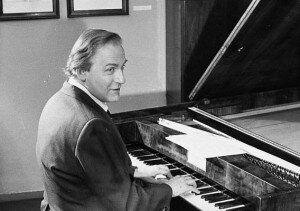 Everybody was expecting Demus to come back soon after his 2016 recital, and he really did! In 2018, he came back with another challenging concert. For the program, he choose Bach’s Well-Tempered Clavier Book I, which he said he had studied since he was 12 years old. Demus claimed that he is the only pianist who could play it by memory. Whether this is true remains to be proven, but we were all overwhelmed by his prodigious memory. Also, as usual, he wanted a cheeseburger after the concert.

What kind of potency does a pianist have? What inspired Demus and kept him going for so many years? I think that the story Paul Badura-Skoda told me when we were waiting through an interminable delay at the airport is the best evidence. During the 1960s, Demus did a full tour of South America with Paul Badura-Skoda. They were also met with flight cancellations, and even worse, they could not catch a train. Luckily, they had just arrived in the hall just before the concert began. They took an 8-hour long-distance bus just to provide a feast of sound to the audience. I think that is the answer. Somebody said the so-called golden generation of piano maestros is going away. I don’t know, perhaps. Brendel and Badura-Skoda are still with us to inspire the following generations and we should value them while we have them.