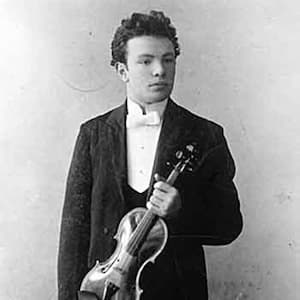 Born on 9 July in Bologna, Ottorino Respighi’s paternal ancestry originated from Cortemaggiore, a small country town near Piacenza in northern Italy. His grandfather Tommaso was a capable violinist and the founder of the local orchestra. He also worked as an organist in nearby churches, but his career in music education was not entirely successful. As such, he was determined that his son Giuseppe should follow the career of his relatives, who had established themselves as either representatives of the Roman Catholic church or in scientific endeavors. As expected, music gained the upper hand and after moving to Bologna Giuseppe found an excellent piano teacher and he took a piano diploma at the Liceo Musicale di Bologna. Giuseppe became known locally as a concert pianist and he was sought after as a teacher. In time he also sat on the administrative board of the Accademia Filarmonica di Bologna. 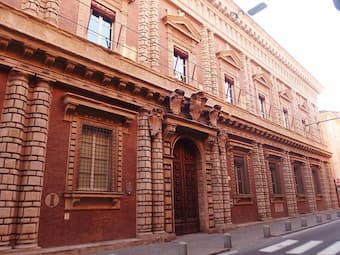 Shortly after moving to Bologna, Giuseppe married Ersilia Putti. She was the daughter of the well-respected local sculptor Massimiliano Putti, who had created various monuments for the Certosa Cemetery in Bologna. Originally, Ersilia came from an affluent Portuguese family, which prompted a scholar to write, “Ottorino inherited a genetic patrimony that included not only a cardinal and a pair of distinguished scientists, but also a sculptor and a fair percentage of Portuguese blood, not to mention the musical talents of his father and, to a lesser extent, of his grandfather.” Ottorino was baptized in the local parish church, and his father provided him with basic instruction in piano and violin from an early age. “To his father’s initial disappointment, Ottorino showed little interest in music until he was almost eight.” Once he had started formal violin lessons, he quit abruptly after his teacher “hit him on the hand with a ruler when he played a passage incorrectly.” Violin lessons resumed with a different teacher several weeks later. A biographer writes, “In addition, the sporadic piano lessons offered to him by his father gave him a good grounding in the instrument, although the lack of any systematic training tended to limit his technique.” Respighi once commented, “I deliberately avoided too many scale passages in my own piano compositions so that I could perform them without too much effort.” 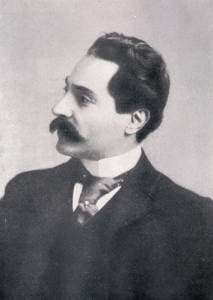 When his maternal grandfather passed away, the family moved into an apartment in Via Castagnoli, a dwelling “that became his personal sanctuary for the next three decades.” It was within a stone’s throw of the Teatro Communale, and Respighi took full advantage of this proximity. He was able to enjoy a rich assortment of operas and concerts, and some years later would play in the theatre orchestra. The apartment was also very close to the Liceo Musicale, known to provide the best musical education in Italy at that time. Ottorino enrolled in 1891 and studied violin and viola for the next seven years with Federico Sarti. He also studied music history with Luigi Tochi, who being eminent as a pioneering musicologist “sowed the seeds of his lifelong interest in early music.” Four years into his course of study, Resphighi started composition classes with Giuseppe Martucci, the Liceo’s director. Martucci was sometimes called “the Italian Brahms,” as he dedicated his entire career to absolute music and wrote no operas. “As a composer and teacher he was influential in reviving Italian interest in non-operatic music, and as a conductor, he helped to introduce Wagner’s operas to Italy and also gave important early concerts of English music. Martucci’s teaching had a strong impact on the young Respighi, while Martucci “had a high opinion of the technical competence and promise of his student.” 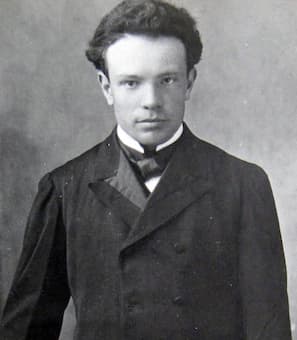 Soon after receiving a diploma in violin performance in 1899, Respighi learned that the Imperial Theatre in St Petersburg Russia was looking for string players for their Italian opera season. His application was promptly accepted and Respighi departed in the winter of 1900/01, and again in 1902/3. His meeting with Rimsky-Korsakov has been much cited, but the extent of the lessons taking place between the two composers “rely almost exclusively on reports from Respighi’s wife Elsa.” In all probability, Respighi attended a number of orchestration classes that Rimsky-Korsakov held at the Conservatory. As Respighi reports, “I had a few, but for me very important lessons on orchestration.” Once he had returned to Italy, Respighi resumed his studies at the Liceo Musicale and he gained his Diploma in composition. By now, his compositions were performed regularly in and around Bologna, and in February 1902 he made his first of many visits to Berlin. He briefly studied with Max Bruch, but according to his wife, “Ottorino was not particularly impressed and felt too remote, spiritually, from the professor’s line of thought.” A biographer writes, “His visit nevertheless provided him with his first taste of the vibrant Mitteleuropean cultural environment to which he would return for a long, more fruitful stay just a few years later, in 1908.”