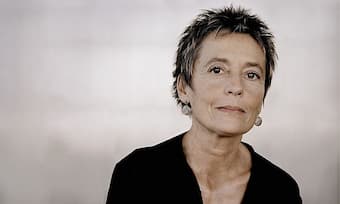 Performances by Maria João Pires, born on 23 July 1944 in Lisbon, are “distinguished by her crystalline technique, spontaneous poetry and profound, impassioned musicianship.” A daughter of João Baptista Pires and his wife Alzira dos Santos Alexandre Barbosa, Pires played her first recital at the age of four, and by age seven appeared publically playing Mozart piano concertos. Her father died two weeks before her birth, and “I grew up in a family with my brother and sisters and my mother. And with our grandfather, who was a Buddhist and that was very strange at that moment. But my father lived until he was 30 or 32 years old in China and Japan. He studied philosophy. Much later I studied Buddhism; I was over 40 years old. I have a very strong relationship to that philosophy.” Initially, Pires was not convinced that she had a natural facility for playing the piano, because, “I have small hands,” she says. “There are many technical problems—not many but some. Of course, I found my own body language with the piano and my own way of getting out of my problems but they’re still problems.” 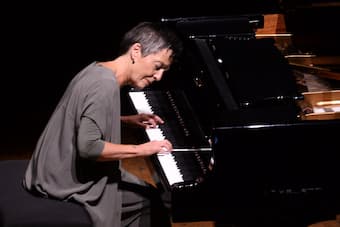 Between 1953 and 1960 Pires studied at the Conservatório Nacional in Lisbon with Campos Coelho and Francine Benoit. At 18 she won a scholarship to study in Germany, first at the Musikhochschule in Munich with Rosl Schid and then in Hanover with Karl Engel. Pires credits Engel with helping her to place music within the context of life. “Engel was an accompanist, basically. I learned so much from him. Learning music is learning about life. You don’t learn how to play an instrument without learning how to discover music through yourself. Your relationship with the outside world is very important.” In 1970 she won the Beethoven Bicentennial Competition in Brussels and commenced an international career. She made highly acclaimed recital débuts at Queen Elizabeth Hall in London in 1986 and Carnegie Hall, New York, in 1989. In addition to her concerts, she has made recordings for Erato for fifteen years and Deutsche Grammophon for twenty, and more recently, added chamber recordings on Naxos with the French violinist Augustin Dumay, and a trio with him and the cellist Jian Wang.

The career of Maria João Pires has been punctuated by long periods of silence, notably between 1978 and 1982. According to critics, they “have reflected her need for stocktaking and her dislike of the exigencies of a modern concert pianist’s life.” Beginning in the 1970s, Pires devoted herself to reflecting the influence of art in life, community and education, trying to discover new ways of establishing this way of thinking in society. She has searched for new ways in which individuals and cultures are encouraged to share ideas. Pires explains, “People care about careers and themselves and all the business that is around music. And that is, for me, somehow, nonsense. Art has nothing to do with that. Competitions take the soul out of the musicians. And the first moments you want to make music in your life it’s for reasons other than business. And in competition you feel like you have to kill someone to have his place. This is horrible. This is not art. So I would like to give young people the possibility of taking the mission of the society to the world. Our mission should be to try to change things. And art is something that can give people their dignity back.” 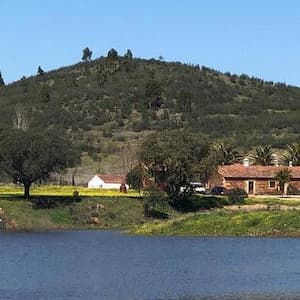 Belgais Centre for the Study of the Arts

In 1999, she created the Belgais Centre for the Study of the Arts in Portugal. Located in the region of Beira-Baixa in eastern Portugal, this sparsely populated region offers a preserved place away from major tourist routes. Pires deliberately looked for a place of isolation to implement her musical and humanistic conceptions. Realizing multiple artistic and cultural projects, dozens of workshops focus on “gathering, listening, sharing and the desire to progress in joining the musical work as a reflection on oneself, sometimes unsettling, but necessary to the pursuit of new paths.” It is also a rehearsal space with a deep interdisciplinary vision of the artistic relationship, blending music, literature, therapeutic approaches and ecology. Belgais is a stage in permanent reinvention, “ready to welcome musicians and visitors to offer moments of exceptional human and artistic density.” Pires complemented the Belgais approach with two projects in 2012. The “Partitura Choirs,” is a project, which creates and develops choirs for children from disadvantaged backgrounds, and the Partitura Workshops. “All of the Partitura projects have the aim to create an altruistic dynamic between artists of different generations by proposing an alternative in a world too often focused on competitiveness.” It is hardly surprising that Maria João Pires is frequently called “a pianist without a trace of narcissism, among the most eloquent master musicians of our time.”