Franz Liszt was born to Marie Anna Lager and Ádám Liszt on 22 October 1811. His father was a gifted amateur singer, pianist and cellist who took part in summer concerts at the Esterházy estates. He personally knew Joseph Haydn, and not long before the birth of his son, he was transferred to the village of Raiding as a sheep accountant. His mother came from a working-class family and earned a meager wage as a chambermaid in Vienna. She was 12 years younger than her husband, and Franz was their only child. Franz Liszt was born in the village of Doborján, also known as Raiding in German, in Sopron County in the Kingdom of Hungary. That particular area of western Hungary had been ceded to Austria, and German was his native tongue. In fact, Liszt grew up unable to speak Hungarian, and at the age of nine he left his home for Vienna and subsequently Paris. He made his name as a pianist and composer during his roughly two decades in foreign lands, and his national identity initially figured primarily as a promotional factor. 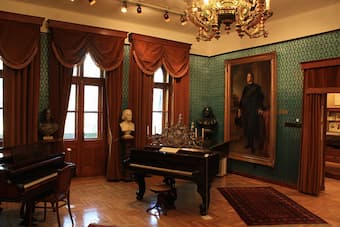 Liszt, however, was intensely patriotic, and he had always felt a special connection to Hungary. As he wrote, “I am Hungarian and know no greater pleasure than to present honorably the first fruits of my development and education as an initial offering of the most sincere affection and gratitude before leaving to France and England; steady hard work and travels may bring what is still lacking in my playing to greater perfection, and perhaps place me in the fortunate position to have become a branch to adorn my beloved country.” Between 18 November and 4 December 1839, Liszt performed six Beethoven Memorial Concerts in Vienna. On that occasion he took the opportunity to return to his native land for the first time since his childhood. Arriving in the city of Pest he was given a rapturous welcome normally reserved for visiting royalty. Liszt was, after all, the most prominent Hungarian of his day, far better known abroad than the country’s leading politicians. Since Hungary was struggling for independence from Austria, Liszt became a national hero in the eyes of his compatriots. 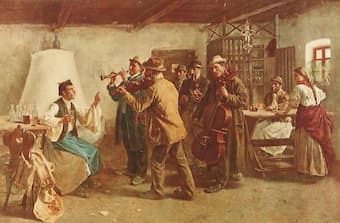 Liszt declared himself vested in Hungarian causes, and he would occasionally appear on stage wearing Hungarian national costume. On 4 January 1840 Liszt was presented with a ceremonial sword of honor on behalf of a grateful nation in a moving ceremony at the National Theatre. Liszt wrote that “the sword was symbol of Magyar manhood, and by accepting it, he was accepting patriotic burdens on himself.” For Liszt, these patriotic burdens turned into his great Hungarian project. Liszt started to systematically explore elements of Hungarian life and culture that had long fascinated him. 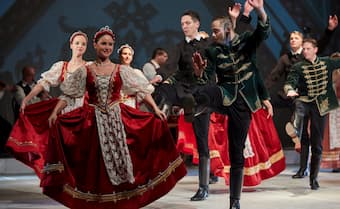 He listened and described in great detail the music he heard in gypsy encampments, and he produced a collection of tunes that he later transcribed. Throughout the 1840s, Liszt published a series of pieces called “Magyar dallok” (Hungarian National Melodies). These pieces stood at the heart of his 19 Hungarian Rhapsodies, composed between 1846 and 1853, and subsequently between 1882 and 1885. 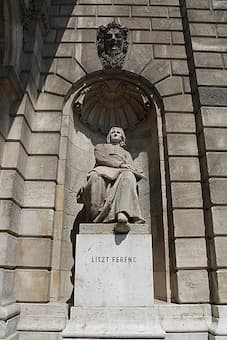 Liszt did incorporate genuine Magyar folk melodies—filtered through gypsy improvisation—into his rhapsodies, but there was immediate confusion as to what constituted gypsy as opposed to Hungarian music. Liszt “has been maligned for mistaking some of the music played by gypsies for genuine Hungarian folksongs; his book Des bohémiens of 1859 further clouded the issue, and made him some prominent enemies in his homeland.” In the event, some of these rhapsodies are better known than other, and Liszt arranged the most popular pieces for orchestra, piano duet and piano trio. Six of his Hungarian Rhapsodies were “orchestrated by or with the help of the flautist, conductor and composer Franz Doppler, who had met Liszt in Weimar in 1854.” The musical structures of Liszt’s Hungarian Rhapsodies are derived from an 18th-century musical genre colorfully named “Verbunkos,” which was played during military recruitment exercises. It contrasts a slow-moving dramatic section called “Lassan” (Slow), with a vigorous and joyous segment entitled “Friska” (Fresh). While Liszt’s Hungarian Dances are a clear nod to his nationalist obligations, his imaginative reshaping of fiery improvisations, rhythmic spontaneity and seductive musical expressions eventually “led to an increasingly subjective verbunkos idiom.”