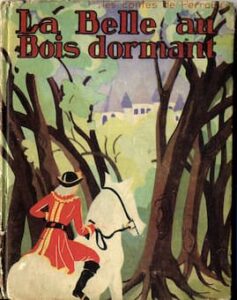 On 25 May 1888, Ivan Vsevolozhsky, the Director of the Imperial Theatres in St. Petersburg, approached Pyotr Ilyich Tchaikovsky (1840-1893). “I am planning to write a libretto on “La Belle au Bois Dormant” after Perrault’s fairy tale,” he writes. “I would like ‘a mise en scène’ in the style of Louis XIV, which would be a musical fantasia written in the spirit of Lully, Bach, Rameau, etc. If this idea appeals to you, then why not undertake to write the music? In the last act there would have to be quadrilles for all Perrault’s fairy-tale characters—these should include Puss-in-Boots, Hop o’ My Thumb, Cinderella, Bluebeard, etc.”

By October Tchaikovsky responded, “I am hastening to inform you that the manuscript of “La Belle au Bois Dormant” has finally reached me… I have not been here more than a few hours, but I have managed to read through the scenario and I very much wanted to tell you forthwith that I am delighted and enchanted beyond all description. It suits me perfectly and I ask nothing more than to make the music for it. This delicious subject could not possibly have been better adapted for the stage, and to you, its author, permit me to express my warmest congratulations.” 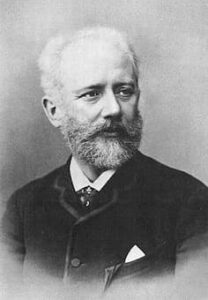 Vsevolozhsky’s scenario of “La Belle Au Bois Dormant” originated in Charles Perrault’s 1697 collection Histoires Et Contes Du Temps Passé. However, Vsevolozhsky primarily relied on the version published in the 1812 collection by the Brothers Grimm, in which the King and Queen survive the 100-year sleep and celebrate the marriage of their daughter to the Prince. This classic fairy tale basically tells the story of the beautiful Aurora who is cursed by the malevolent Fairy Carabosse at birth. It is foretold that the maiden will stab herself on a spindle by the age of 15 and die. The Lilac Fairy is able to ease the curse, and instead of dying, the maiden will be asleep for one hundred years. Eventually, a brave prince comes and kisses her awake from her eternal slumber. 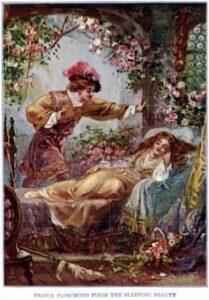 Apparently, Vsevolozhsky was fond of a number of other fairy tale characters as well, as they make an appearance in the grand finale. Tchaikovsky worked closely with the choreographer Marius Petipa, the ballet master of the Imperial Ballet. Petipa furnished a detailed list of instructions as to the musical requirements, and Tchaikovsky realized them in music at incredible speed. Once the entire scenario had been established, it took Tchaikovsky about 40 days to complete the rehearsal score. The complete score, containing some 30 numbers and music lasting nearly three hours, was complete on 20 August. 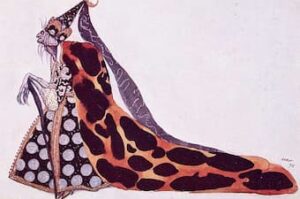 “It seems to me,” the composer wrote while orchestrating the ballet, “that the music from this ballet will be amongst my best works. The subject is so poetical, it is so suited for music, that in composing it I was utterly absorbed, and wrote with a fervour and passion which always result in work of merit.” 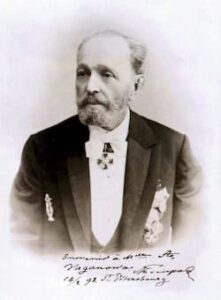 While Tchaikovsky was working on the orchestration, he approached Aleksandr Ziloti, first cousin to the composer and pianist Sergei Rachmaninoff, to produce a two-hand arrangement of the ballet. “I am finding work terribly stressful,” he writes, and probably as the result of old age, I am tired in the extreme. I dread to think that, after writing this enormous full score, I still have to do the two-hand arrangement, which is required by the ballet master and Jurgenson, who hopes to have it in print by early autumn.” Tchaikovsky was also looking for a four-hand arrangement, and the publisher commissioned the 18-year-old Sergei Rachmaninoff. Tchaikovsky hated the arrangement and wrote, “It absolutely is lacking in courage, initiative and creativity!!!… I wanted the ballet to be arranged for four hands so that it might be rendered as seriously and skillfully as an arrangement of a symphony. Alas, this is impossible; what has been done cannot be undone.” 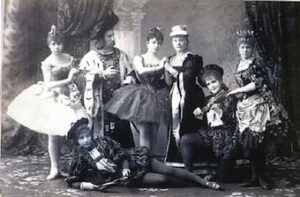 In the event, the first production of the ballet took place at the Mariinsky Theatre in Saint Petersburg on 15 January 1890. The story goes that Tsar Alexander III summoned Tchaikovsky to the imperial box following the premiere. Apparently, the Tsar made the simple remark “Very nice,” which seemed to have irritated Tchaikovsky, who had likely expected a more favorable response. 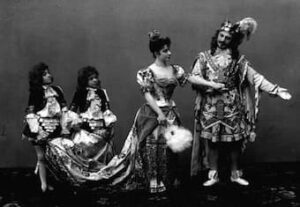 Audiences did react favorably, but sadly, the composer did not live long enough to see Sleeping Beauty become one of the most popular ballets of all time. However, Tchaikovsky secretly knew that he had composed a winner, as once remarked, “Sleeping Beauty may be the best of all my compositions.”