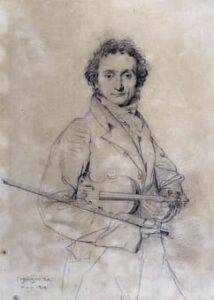 Niccolò Paganini (1782-1840) is best known to us as the consummate virtuoso violinist. He was the most famous violinist of his day and his name still resonates when speaking of intricately difficult music. In addition to the violin, he was also a violist and a guitar player. Composition rounded out his musical accomplishments.

His guitar playing, although recognized as being on the level of his violin playing, was reserved for his own time. He spoke of the guitar being his ‘constant companion’ as he traveled Europe on his concert tours. His fame first came from his local tours around Parma and Genoa. In 1813, a concert at La Scala in Milan, however, brought him to more national attention. In 1828 he started a concert tour in Vienna that eventually brought him to every major city in Germany, Poland, and Bohemia; it ended in 1831 in Strasbourg. He followed this with concerts in Paris and across Britain. His amazing virtuosity, his overt sexuality and his appearance all brought charges that his skills and influence were linked to the devil. This 1831 advertisement for a concert to be held in June 1831 draws attention to his devil-like figure: dark and elongated, he dominates the image. 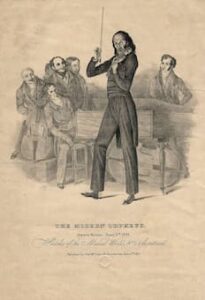 Many of Paganini’s guitar works were written after the publication of the guitar quintets of Boccherini. His works for both the violin and the guitar greatly expanded the expected timbre of the instrument and his writing was technically creative. In his concerts, he played his own works, many of which pushed normal violin technique, including the use of harmonics and left-hand pizzicato, which he had picked up from earlier composers such as Locatelli. 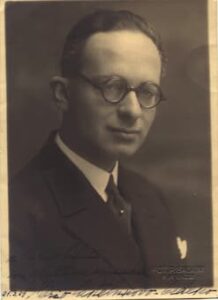 Italian composer Mario Castelnuovo-Tedesco (1895-1968) is considered one of the greatest of the 20th-century guitar composers and also wrote film scores for about 200 Metro-Goldwyn-Mayer films after he emigrated to the US in 1939. He wrote his Capriccio diabolico as a tribute to Niccolò Paganini. It was given its premiere by its dedicatee, Andrés Segovia, at the Teatro de la Comedia, Madrid, in 1935. Based on the southern Italian dance, the tarantella¸ the work brings forth all the elements that we remember Paganini for: his strength, expressiveness, and, above all, his technique.


The quotation from Paganini’s Violin Concerto No. 2 at the end brings the work full circle, but was added by Segovia, to the displeasure of Castelnuovo-Tedesco.