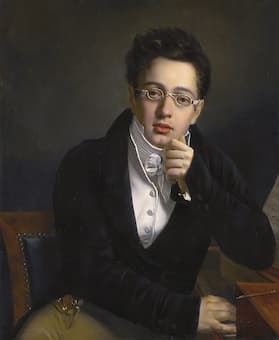 During his short but highly productive career Franz Schubert worked on a total of thirteen symphonies. Three symphonic projects were abandoned in fragments, and three more left incomplete. The Symphony No. 7 in E major was fully sketched and fully scored at the beginning but completed only in short score and with indications of the main melodic lines. Dubbed the “Unfinished,” his Symphony No. 8 in B minor consists of two completed movements and a draft for a scherzo movement. During the final months of his life Schubert sketched a final symphony in D major, his No. 10, which has since been discovered, completed and orchestrated. Scholars suggest, “Of all the genres in which Schubert worked, the one that interested his friends and supporters least was orchestral music.” Apparently, Antonio Salieri said, “Schubert is a genius! He can write anything; songs, masses, string quartets…” Tellingly, Salieri omits any mention of symphonic music. 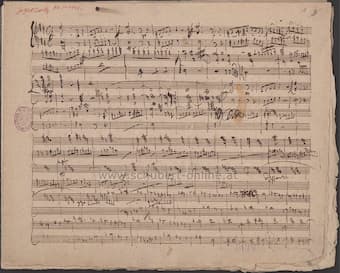 Schubert first showed interest in composing for orchestra at the age of fourteen, and produced a series of overtures with no specific relationships to any stage work. His first six symphonies, in turn, emerged between the ages of sixteen and twenty-one. “Written within just over four years of each other, the first six symphonies portray a gifted apprentice largely content to embellish—with a dash of Rossini and his own more relaxed phrase structure—the exalted legacy of Haydn, Mozart and, to a lesser degree, Beethoven.” In October 1817, Schubert went to work on what would become his Sixth Symphony. Contrary to the chamber-like scoring of his Symphony No. 5, Schubert now calls for a full symphony orchestra with a substantial wind section. This might well be the reason why Schubert inscribed the manuscript “Große Sinfonie” (Grand Symphony). 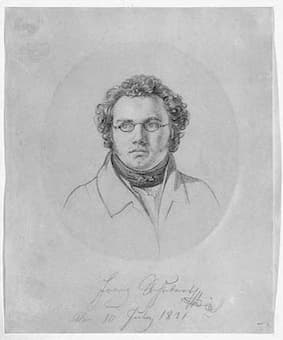 The symphony was completed in February 1818, and Schubert had high hopes of trying out the work in a semi-public arena. The Orchestra of the Vienna Municipal Seminary performed with some regularity, and according to contemporary reports, “they played all the symphonies of Haydn, Mozart, the first two symphonies by Beethoven along with all the practicable overtures at the time.” That orchestral society met regularly “in the home of Otto Hartwig—a retired violinist at the Kärntnertor Theatre—in Vienna’s Schottendorf district, then later in Anton Pettenkoffer’s home.” With reference to Schubert, Leopold von Sonnleithner reports, “Schubert composed a lovely symphony in B-flat major without trumpets and timpani for these entertainments, then a larger one in C major and the well-known Overture ‘In Italian Style.’” Historians are fairly certain that Schubert’s Symphony No. 6 had a private reading in the spring of 1818, with Schubert’s probable participation. 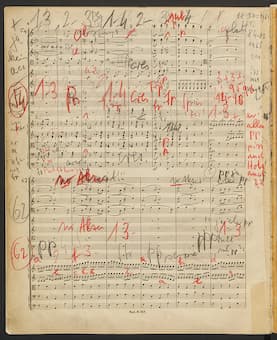 The first public performance of Schubert’s 6th Symphony was only heard on 14 December 1828, a few weeks after the composer’s death. The Society of the Friends of Music in Vienna had originally intended to perform Schubert’s 9th Symphony, the “Great C major.” Since that work proofed too difficult, they settled on the Symphony No. 6, the “Little C major.” The performance was conducted by Johann Baptist Schmiedel, and a critic wrote, “New symphony in C Major by Franz Schubert (posthumous): a fine, diligently crafted work whose most appealing movements are the Scherzo and the Finale. One could perhaps criticize it for its overly opulent wind section, which makes the strings seem subordinate much of the time.” It is probably worth remembering that not a single Schubert symphony was publically performed or published during his lifetime. In fact, the Sixth Symphony had to wait until the 1880s for its publication.