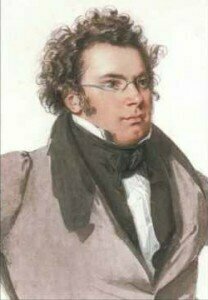 One of the biggest and most exciting mysteries in classical music is the question why Franz Schubert never completed his “Unfinished Symphony.” We do know that the Music Society in Graz bestowed upon Franz Schubert an honorary diploma in 1823. To thank the Society, Schubert sent his friend Anselm Hüttenbrenner, a leading member of that organization, an orchestral score he had written in 1822. 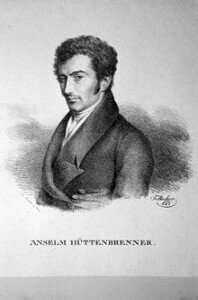 It consisted of two complete symphonic movements and the first two pages of the start of a Scherzo. The rest of the Scherzo was discovered after Schubert’s death, but the finale movement has never been found. One theory suggests that Schubert recycled the final movement in his incidental music for Rosamunde, but not everybody agrees. Other theories suggest that Schubert stopped work in the middle of the Scherzo because he associated it with his initial outbreak of syphilis. Even more puzzling is the fact that Hüttenbrenner never showed the manuscripts to the music society, and he certainly never had the work performed. 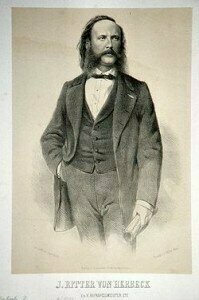 At the age of 76, Hüttenbrenner finally revealed the score to the conductor Johann von Herbeck. Herbeck was flabbergasted and premiered the two completed movements on 17 December 1865 in Vienna, while substituting the last movement of Schubert’s 3rd Symphony as the finale. The music critic Eduard Hanslick was in the audience and wrote, “When, after a few introductory bars, clarinet and oboe sound una voce a sweet melody on top of the quiet murmuring of the strings, any child knows the composer and a half-suppressed exclamation “Schubert” runs hummingly through the hall. He has hardly entered, but it is as if you knew his steps, his very way of opening the door… The sonorous beauty of both movements is enchanting.” Hanslick considered this symphony among Schubert’s most beautiful instrumental works. On the 100th anniversary of Schubert’s death in 1928, Columbia Records held a worldwide competition for the best completion of the “Unfinished,” and about 100 completions were submitted. The “Schubert Mystery” is alive and well and continues to inspire various theories and attempts at completion.