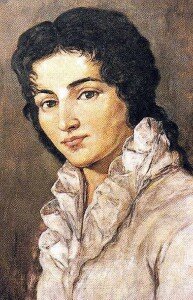 Wolfgang Amadeus Mozart married Constanze Weber on 4 August 1782. Their courtship had not been smooth, as the couple briefly broke up in April 1782. Apparently, Constanze had permitted a young man to measure her calves in a parlor game, and a jealous Mozart abruptly ended the relationship. Although they quickly reconciled, the marriage still faced stiff opposition from Leopold Mozart. Once the marriage had taken place, the newlyweds were inseparable and Constanze accompanied her husband on various journeys. In the spring of 1789, however, Mozart embarked on an extended tour of Prague, Leipzig, Dresden, and Berlin, and Constanze stayed home. Mozart wrote frequent letters to Constanze during the early stages of his trip, but then the correspondence greatly diminished. While some letters might have been lost, it has also been suggested that Mozart had an affair with the singer Josepha Duschek. 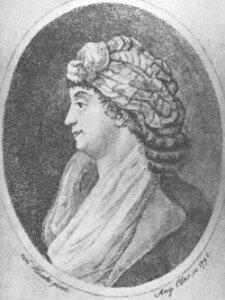 We do know that Mozart composed the concert and farewell aria “Bella mia fiamma” KV 528 for Duschek in 1789, with the choice of text suggesting that Mozart and Duschek were teasing one another in slightly risqué terms. And we also know that her performance itinerary through Germany frequently intersected with Mozart’s. In the event, Constanze started to notice that she was receiving fewer and fewer letters from her husband, with
Mozart defending himself by writing, “I hope you have by now received some letters from me, for they can’t all have been lost.” And predictably, he had to defend himself against accusations of forgetting his wife. “Oh, how glad I shall be to be with you again, my darling!” he writes. “But the first thing I shall do is to take you by your front curls; for how on earth could you think, or even imagine, that I had forgotten you? How could I possibly do so? For even supposing such a thing, you will get on the first night a thorough spanking on your dear little kissable arse, and this you may count upon.” We have no way of knowing if Mozart kept his promise!