Artists Behind the scenes
Dorothy Taubman
Helping Pianists Play with Ease and Freedom
by Frances Wilson May 20th, 2019

The “no pain no gain” attitude persists amongst musicians as well as sportspeople, yet playing with pain, and through pain, can be potentially very harmful to the musician’s body. In the pursuit of artistry, we often forget the significant role of our bodies in creating music.

Dorothy Taubman was not a doctor, nor a physiotherapist, but as a piano teacher and lecturer on piano technique she observed how the body worked in piano playing and developed a technique which enabled pianists to play with ease and comfort, and to avoid injury.

Like athletes, musicians must train – and this training takes the form of long periods of repetitive practice which, coupled with punishing performance schedules and travelling, can put a tremendous strain on the body. RSI injuries and tendonitis are common and many musicians will, like sportspeople, turn to physical therapies such as ice/heat packs, massage, physiotherapy, acupuncture and cortisone injections. Many of these therapies, while proven to be beneficial, may offer only short-term relief. Dorothy Taubman believed that a preventative approach could help pianists avoid injury and actually enable them to achieve greater artistic results. 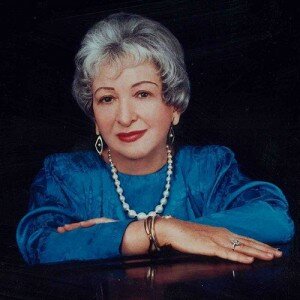 Piano technique is often passed down from teachers to their students, and approaches to technique often focus on what playing looks like from the outside rather than analysing underlying principles of anatomy and biomechanics. With so little scientific study into piano technique, Dorothy Taubman’s approach was revolutionary. She questioned how child prodigies could intuitively play complex or virtuosic repertoire apparently easefully with their tiny hands, and why such abilities are often lost when the maturing pianist transitions from ‘intuitive’ (natural) to conscious playing. She investigated her own playing, and challenged traditional and long-held pedagogical dogmas through her study of anatomy, physiology, physics, and the piano’s physical construction. 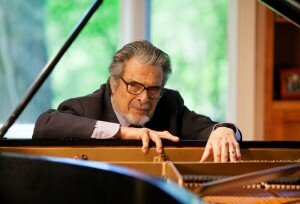 She began developing her methods, which eventually led to the highly respected Taubman Technique, in the 1950s, often flying the face of traditional piano technique and teaching methods which advocated aspects like finger independence, unnaturally curled fingers, and a rigid sitting position at the piano. Some people were suspicious of Ms Taubman’s methods, or regarded her Institute as some kind of cult; but others embraced her approach and she helped many pianists prevent or recover from injuries which might have otherwise ended their playing careers, most notably Leon Fleisher, who lost the use of his right hand due to focal dystonia. For years he focussed on left hand repertoire, but thanks to Dorothy Taubman’s support, he regained the use of his right hand.

“Dorothy is absolutely extraordinary in her intuition of when you have pain, where it is you are doing something wrong, and how you can get rid of it” – Leon Fleisher

Taubman believed that “pain, insecurity and lack of technical control are symptoms of incoordination rather than a lack of practice, intelligence or talent” and advocated an ergonomic approach to playing which she called “coordinate motion”. This includes proper alignment of forearms, hands and fingers, utilising the natural curve of the fingers and hand, forearm rotations and the “walking arm” to reduce the need to twist or stretch into awkward positions, using coordinated movements and gravity such as arm weight to reduce muscular effort, and redistribution of notes to avoid stretching. Her method avoids awkward and potentially painful or harmful movements by assigning roles to the body parts best able to perform them. In these respects, her methods are closely related to Feldenkrais and Alexander Technique.

In Taubman’s method control, power and virtuosity are a matter of timing, reflexes and coordination rather than strength or independence. She also believed that technical problems could be resolved through proper diagnosis rather than increased practice, and that students’ issues were due to lack of knowledge rather than lack of talent. Her sensible, logical advice has been adopted by many teachers and pianists who share her view that the technical problems that we all wrestle with are actually surmountable and that it’s possible to play without tension, and with freedom and comfort.

“If playing the piano doesn’t feel delicious and euphoric, you’re doing something wrong”