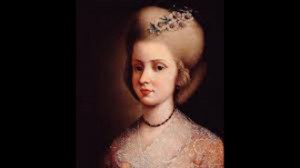 “I have also, for practice,” Wolfgang Amadeus writes to his father from Mannheim, “arranged the air ‘Non so d’onde viene’ which has been so charmingly composed by Bach. Just because I know that of Bach so well, and it pleases me and haunts my ear, I wished to try if, in spite of all this, I could succeed in writing an aria totally unlike the other. And indeed, it does not in the very least resemble it. I at first intended this aria for Raff; but the beginning seemed to me too high for Raff’s voice, but it pleased me so much that I would not alter it; from the orchestral accompaniment, too, I thought it better suited to a soprano. I therefore resolved to write it for Mademoiselle Weber.” 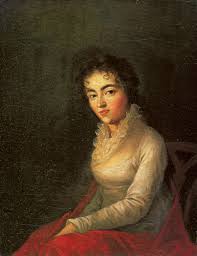 Among the four daughters of the Weber family, Aloysia Louisa Antonia was a well-known soprano and Wolfgang thought her capable of being a leading diva. To supplement his income he began to give music lessons, and Aloysia not only became Mozart’s student, she almost certainly became his lover as well. But what is more, he seriously contemplated marriage to Aloysia and proposed to accompany the aspiring prima donna on a concert tour to Italy. Not surprisingly, Leopold was not amused and ordered his son to immediately depart for Paris. We know that Papa Leopold’s plan worked only partially. For one, when Mozart returned from Paris several months later, Aloysia was no longer interested. Eventually, however, Mozart married her sister Constanze, and once more, Leopold strongly disapproved.

Continuing his 28 February 1778 letter to his father, Mozart writes, “In the course of a couple of days I went to see (Aloysia) her, when she sang it for me and accompanied herself, and I was obliged to confess that she had sung it precisely as I could have wished, and as I would have taught it to her myself. This is now the best aria she has, and will ensure her success wherever she goes.”