Mozart writes to his sister in April 1782: “My darling Constanze has at last summoned up courage to follow the impulse of her kind heart, and to write to you. If you are so good, dear sister, as to answer her, (which I hope you will, that I may see the joy in this dear creature’s face,) I beg you will enclose your letter to me. I mention this as a precaution, to warn you that her mother and sisters are not aware that she has written to you. I enclose a prelude and a three-part fugue. The reason that I did not write to you before was not being able to finish the music sooner, owing to the great trouble of writing out such small notes. It is awkwardly done, for the prelude ought to come first and the fugue to follow; the cause being that I composed the fugue first, and while writing it out I devised the prelude. I only hope you may be able to read it, as it is written so very small, but above all that it may please you.” 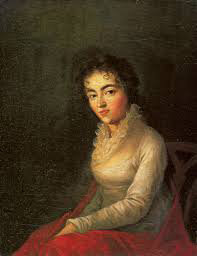 Shortly after moving to Vienna, Mozart once again got in touch with Baron Gottfried van Swieten. And by 1782, van Swieten invited Mozart to visit him regularly, in order to inspect and play his manuscripts of works by J.S. Bach and Handel, which he had collected during his diplomatic service in Berlin. Apparently, Mozart went there every Sunday and played nothing but Handel and Bach, not only Sebastian but also Emanuel and Friedemann. Mozart continues his letter:

“Another time I will send you something better for the piano. My dear Constanze is, in fact, the origin of this fugue coming into the world… Constanze will listen to nothing but fugues, and particularly the works of Handel and Bach. As she had often heard me play fugues out of my head, she asked me if I never wrote them down; and when I said I never did, she reproached me for not having composed this most artistic and beautiful style of music, and never ceased her entreaties till I wrote a fugue for her. So this is its origin.”