As always, Mozart provides his father Leopold with a detailed report of his concert activities at the Vienna Augarten. He writes on 29 March 1783: “I need not tell you much about the success of my concert, for no doubt you have already heard of it. Suffice it to say that the theatre could not have been more crowded, and every box was full. The best thing about it was that his Majesty the Emperor was there—how pleased he was and how he applauded me! He normally sends the money to the box office before going to the theater; otherwise I’d have been fully justified in expecting more, as his delight knew no bounds. The programme was as follows: 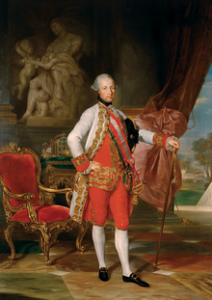 1. The “Haffner Symphony” of the previous summer
2. Ilia’s aria, “Se il padre perdie,” from Idomeneo sung by Aloysia Lange
3. The concerto C major, which had just appeared in print
4. The scena for Countess Paumgarten, “Misera! dove son…” sung by Adamberger
5. The brief sinfonia concertante from Finalmusik
6. The concerto in D major, which is so popular here, with the replacement finale
7. The scena “Parto, m’affretto” from Lucio Silla sung by Therese Teyber
8. Free improvisation
9. The new rondo “Mia speranza adorata!” sung by Aloisia Lange
10. The final movement of the “Haffner Symphony” 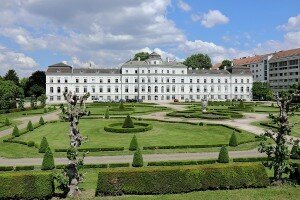 Mozart was certainly pleased with the receipts from this concert, as he seemed to have pocketed some 1600 florins. He repeated the C major concert at a concert organized by Therese Teyber the very next day. When the audience demanded the final rondo as an encore, Mozart surprised everyone by offering them a free improvisation that was loudly applauded. Even the emperor remained until the very end, not leaving his box until Mozart had left the podium. Mozart concluded his letter:

“Pray don’t forget the Lauda Sion, as we should also be glad to have some of your best sacred pieces, dearest father, for we like to amuse ourselves with all kinds of composers, ancient and modern; so I hope you will soon send us some of your own.”