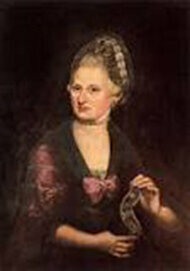 Wolfgang writes to his father from Mannheim, “I have received your letter on the 26th February, and am much obliged to you for all the trouble you have taken about the arias, which are quite accurate in every respect. Next to God comes Papa was my axiom when a child, and I still think the same. You are correct when you say that knowledge is power, besides, except your trouble and fatigue, you will have no cause for regret…. When I am happily settled in Paris, and our circumstances, please God, improved, and we are all more cheerful and in better humor, I will write you my thoughts more fully, and ask you to do me a great kindness.”

In February 1778, Leopold had fired off a round of incriminating letters, accusing his son of dilatoriness, irresponsibility over money and family disloyalty. He ordered Wolfgang to depart for Paris, and it was decided that his mother should continue to accompany him, rather than return to Salzburg. This decision would have far-reaching consequences for both father and son as Maria Anna Mozart died on 3 July 1778 in Paris. The aria Wolfgang previously mentioned was written for Dorothea Wendling, for whom Mozart also wrote the role “Ilia” in Idomeneo, re di Creta. Dorothea, who was looking for a designer concert aria, had chosen the text by Pietro Metastasio and Mozart had sent the finished composition to his father for inspection. 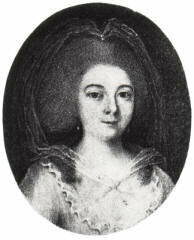 Mozart continues his letter, defending himself against his father’s accusation of irresponsibility over money, “I must now tell you I was so shocked that tears came to my eyes, on reading in your last letter that you are obliged to go about so shabbily dressed. My very dearest papa, this is certainly not my fault; you know it is not. We economize in every possible way here; food and lodging, wood and light cost us nothing, which is all we could hope for. As for dress, you are well aware that, in places where you are not known, it is out of the question to be badly dressed, for appearances must be kept up. My whole hopes are now centered in Paris, for German princes are all misers. I mean to work with all my strength, that I may soon have the happiness of extricating you from your present distressing circumstances.”