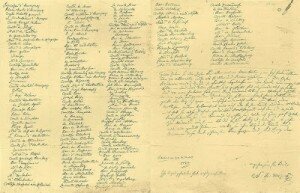 On 20 March 1784, Wolfgang Amadeus Mozart sent his father the famous list of subscribers who paid an entrance fee of six gulden for three concerts at the Trattnerhof. “Here you have the list of all my subscribers,” he writes, “I have 30 subscribers more than Richter and Fischer combined. The first concert on March 17th went off very well. The hall was full to overflowing, and the new concerto I played won extraordinary applause. Everywhere I go, I hear praises of that concerto.”

Wolfgang Amadeus Mozart: Piano Concerto No. 14, K. 449
Mozart premiered his piano concerto No. 14, K. 449 on that occasion, and the famous list of subscribers contains 174 people, yielding Mozart a gross profit of at least 1,044 gulden. The majority of concerts given in Vienna during Mozart’s life were private events, given in the great houses of the upper nobility. However, these events also spread to the lesser nobility and the bourgeoisie, creating semi-public musical salons. In addition, individual artists, who would rent a theatre or other venue and engage other musicians as needed, organized public benefit concerts. Mozart explained to his father how he came to be involved in giving subscription concerts. “The clavier virtuoso Richter is giving six Saturday concerts in the said hall,” he writes. “The nobility subscribed, but remarked that they really did not want to attend unless I played. So Richter asked me to play. I promised him to play three times and then arranged three subscription concerts for myself, to which they all subscribed.” Mozart’s subscription series was extremely successful at first, but within a couple of years he was no longer a novelty and the fickle Viennese public quickly abandoned him. Mozart’s 1784 letter continues: 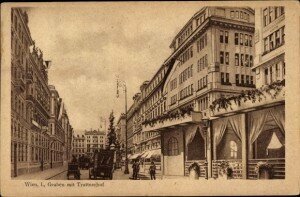 “My first concert in the theatre was to have been tomorrow. But Prince Louis Liechtenstein is producing an opera in his own house, and has not only run off with the cream of the nobility, but has bribed and seduced the best players in the orchestra. So I have postponed my concert until April 1 and have had notice printed to this effect. Well, I must close, as I must go off to Count Zichy’s concert. You must have patience with me until Lent is over.”