For six months in 1937, Paris was the place to see the latest and greatest in ‘art and technology in modern life.’ In other words, the 1937 Exposition Internationale des Arts et Techniques dans la Vie Moderne made Paris the focus of the world for all things artistic. The top European powers of the day, Germany and the Soviet Union, made bold architectural declarations of national strength, both of which were awarded gold medals for their design. 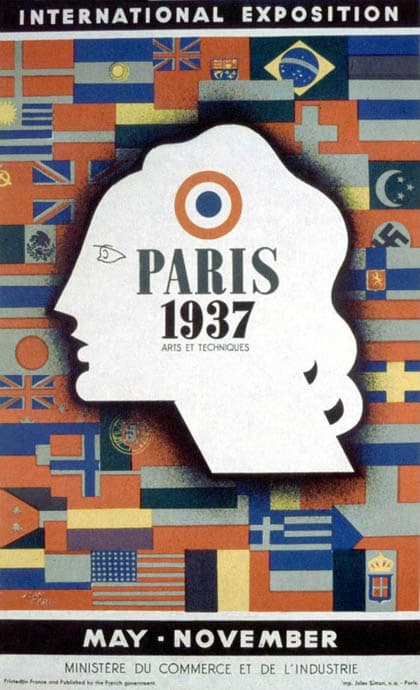 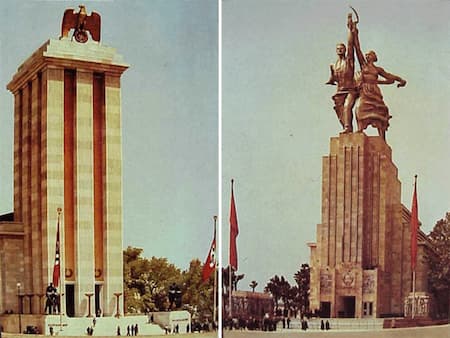 Of interest to us, however, was the musical arts portion. For the first time in over a century, the French state commissioned music from the leading composers of the day, including Georges Auric, Darius Milhaud, Arthur Honegger, Olivier Messiaen and Francis Poulenc, to write works for the Exposition. Twenty composers in all were part of the various orchestral, chamber, or choral programmes. 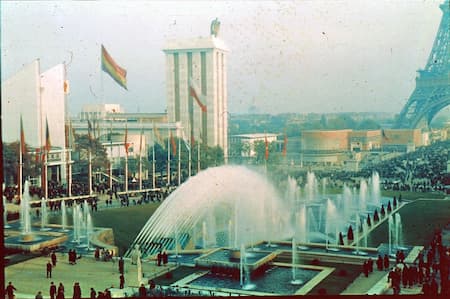 Fountains during the daytime

Messiaen, commissioned to write a piece for the light-and-water shows on the Seine, responded with his Fete des belles eaux, a work for 6 ondes martenot, the electronic instrument developed by French musician and inventor Maurice Martenot. Because his music was to be projected, and amplified by loudspeakers, Messiaen chose the electronic instruments for their versatility. The firework and water show required detailed timings and Messiaen chose to use the wide variety of sounds on the instrument to highlight the show. Messiaen said:

‘Specialized architects brought me elaborate plans, with detailed timing indications for the various parts of the display that had been allocated to me. The form and the sounds of the work were thus absolutely dependent on the imposed divisions and timings. The music reflects the mystery of the night, the funereal aspect of the deep water, and the joyous, playful, carefree character of the fireworks. The jets of water, by contrast, seemed to me to be either fierce and terrible, or dream-like and contemplative. It is this last mood that predominates, and in the most worthwhile moments of Fêtes des belles eaux—when, on two occasions, the jets of water shoot up to a great height—a long, slow phrase is heard, almost a prayer; this turns the water into a symbol of grace and eternity…’

The sound-and-light shows both highlighted the pavilions at the Expo and also made use of the 200 fountains of the Seine. The Eiffel Tower, at the centre of the Expo, was also used for displays. 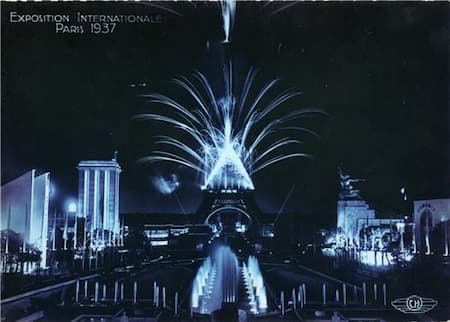 Fireworks and fountains on the Eiffel Tower

The work is made up of alternating movements for water and for fireworks. The water music is deep and dark and then its character changes to match the arching fountains.


The fireworks, on the other hand, are light and dancing. 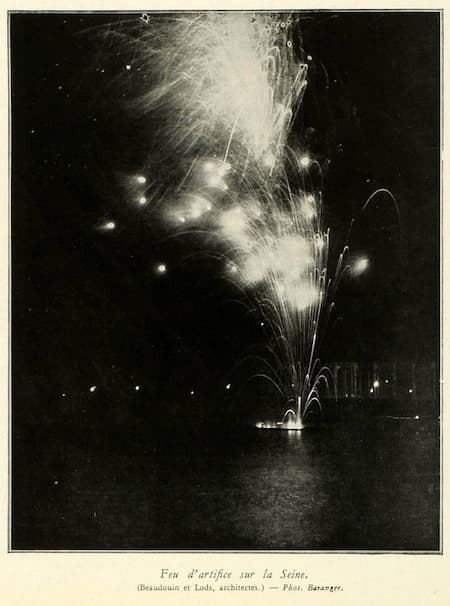 Fireworks on the Seine at night


Later in the work, he puts the two ideas together.


He ends with a lovely final firework show where you can musically hear the flight of the cannister and the drifting sparks after it explodes.


In 1837, the French state commissioned Hector Berlioz to write a Requiem Mass to remember the soldiers who died in the Revolution of 1830. A century later, they commissioned music for a far more joyous occasion, little knowing that the whole world would be at war by 1939.