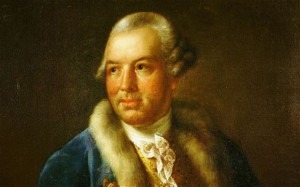 According to his contemporaries, Johann Adolph Hasse (1699-1783) was one of the greatest masters of opera seria. Hasse had married the fabled Italian soprano Faustina Bordoni, and he specifically created the title role of his opera Cleofide of 1731 for his new bride. Faustina was universally admired as one of the greatest singer-actresses of her age, and she was famous for her improvised embellishments, fluent articulation and trills with which she ornamented the written vocal line. Her elaborated renditions, according to contemporary reports, were ablaze with trills, mordents, rapid turns, appoggiaturas, scales, triplets, and arpeggios. Even Frederick the Great, King of Prussia and an amateur flutist and composer got into the act and fashioned an elaborated version of Hasse’s famous aria “Digli ch’io son fedele” (Tell him that I am faithful) for the castrato Antonio Uberti. 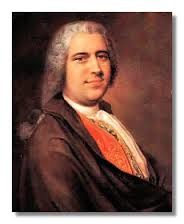 Although these elaborated versions were highly popular with the general public, a number of composers sought to bring opera into harmony with the changing ideals of music and drama. The idea was to make the entire design more natural, more flexible in structure, more deeply expressive, and less burdened with coloratura. Above all, they rigorously opposed arbitrary demands of the solo singers. Christoph Willibald Gluck was strongly affected by this reform movement, and in the foreword to his opera Alceste of 1767, he resolved to remove the abuses that had deformed Italian opera. “I sought to confine music to its true function of serving the poetry by expressing feelings and the situation of the story without interruption and cooling off the action through useless and superfluous ornaments. I believe that music should join to poetry what the vividness of colors and well disposed lights and shadows contribute to a correct and well composed design, animating the figures without altering their contours.”

As an opera composer, Gluck aspired to beautiful simplicity. The music is intimately molded to the drama, with recitatives, arias, and choruses intermingled in large unified scenes. Amalgamating Italian melodic grace, German seriousness and the stately magnificence of the French tragédie lyrique, he composed operas that “avoided a display of difficulty at the expense of clarity.” Inspired by the Orpheus myth, Gluck composed his Orfeo ed Euridice for the Viennese stage in 1762, and it quickly became his most popular work. In addition, it greatly influenced subsequent German opera, including Mozart’s Magic Flute, Beethoven’s Fidelio and Wagner’s Rheingold.
Christoph Willibald Gluck: Orfeo, “Che farò senza Euridice” What shall I do without Euridice”

Gluck’s career climaxed with the Paris production of Iphigénie en Aulide in 1774. The event awakened extraordinary interest, as critical opposition to the old-fashioned French opera had erupted in the 1752 pamphlet war known as the Querelle des bouffons (Quarrel of the comic actors.) At the center of the dispute was an Italian opera company, which enjoyed spectacular success with performances of Italian comic opera. Partisans of Italian opera suggested that the French language was inherently unsuitable for singing and concluded, “that the French have no music and cannot have any.” Gluck opportunistically presented himself as wanting to prove that a good opera could be written to French words, and he set out to compose “a noble, sensitive, and natural music suited for all nations, so as to abolish the ridiculous distinctions of national styles.”
Christoph Willibald Gluck: Iphigénie en Aulide “Unis des la plus tendre enfance”

Iphigénie was a tremendous success, as it beautifully balanced the dramatic and musical interests of opera. As such, Gluck’s influence on the form and spirit of opera was transmitted to the nineteenth century through such composers as Niccolò Piccinni, Luigi Cherubini, Gasparo Spontini and Hector Berlioz.