Composers Inspiration
The Writing on the Cards – The Tarot Suite of Victoria Bond
by Maureen Buja June 3rd, 2019 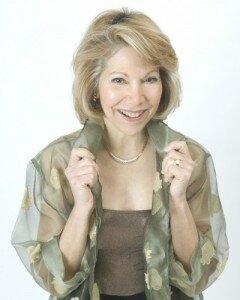 American composer Victoria Bond (b. 1945) took three cards from a tarot deck and wove a work for small ensemble and dancers around it. Commissioned by Kathryne Pirtle and the Orion Ensemble in collaboration with choreographer Daniel Duell, artistic director of Ballet Chicago, the work was given its premier in February 2011. 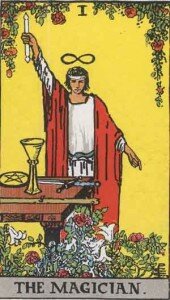 Using three cards of a tarot deck, The Magician, The High Priestess, and The Fool, Ms. Bond creates a world suitable to each character.

The Magician inhabits a world of change and the music reflects his ambiguity – first mysterious and solemn then cunning and dexterous. In the tarot deck, this is card one, and his pose points both at the stars and the earth. On the table in front of him are the symbols of the 4 tarot suites: a cup for water, a pentacle for earth, a sword for air, and a wand for fire. The infinity sign above his head and the worm Ouroboros around his waist indicate the great power he can wield. 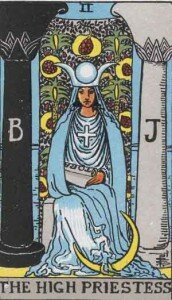 Bond: Instruments of Revelation: I. The Magician (Chicago Pro Musica)
The High Priestess stands above the world, with her wisdom and passion giving way slowly to a more active desire in the music. Her image on the cards combines symbols of a number of religions, including the Torah (the scroll in her arms), the Egyptian goddess Isis (with her sun headdress), and Christianity (the cross on her breast) with the ripe pomegranates behind the Priestess evoking Persephone and her trip to the underworld from Greek legends. 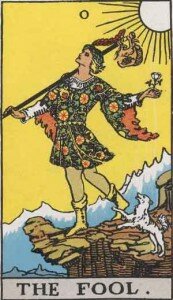 The Fool, on the other hand, is both the holy mystic and the idiot, and his music, both comedic and chaotic, opens time closed to the other two. His card shows him poised on a precipice, his little dog at his heels, and you’re not certain if he’s going to step into the abyss or just fly away. In a tarot reading, he can indicate change that is about to come – a new beginning, important decisions – all with the element of risk that accompanies any change.

III. The Fool
As danced by Ballet Chicago, with music by the Orion Ensemble, we can see her tarot world come to life.