In Tune Sciences
I Drink, Therefore I am: The Truth about Alcohol and Creativity
by Desiree Ho November 14th, 2011 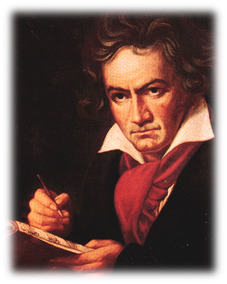 Have you ever wondered why so many creative people are associated with alcohol? Beethoven, Vincent van Gogh, Elvis Presley, Andy Warhol, Johnny Cash, Jimi Hendrix, are but a handful of many who have been known for their creative output and alcoholism. Likewise, many famous writers such as Dylan Thomas, James Joyce, F Scott Fitzgerald and Ernest Hemingway were said to use alcohol as a remedy to overcome the writer’s block. While today we would agree that alcohol abuse is a sickness, excessive drinking has nevertheless been crowned as a powerful catalyst through which many great works have been produced. Can alcohol really grease the wheels of creativity?

Perhaps! A moderate amount of alcohol has the ability to lower anxiety and increase arousal at the same time. Medically, alcohol is a depressant which reduces motor function, thereby allowing one to experience a relaxed sensation; psychologically, it helps block certain inhibiting mechanisms in the brain, thereby reducing worry. This combined physiological state gives the impression of heightened creativity.

However, Arnold Ludwig, (Ludwig, 1990) found in a study that around 75% of significant twentieth-century writers, artists and musicians can be classified as victims, rather than beneficiaries of alcoholism. On the other hand, while 50% of them were said to enjoy reduced inhibitions to their fears and thought processes, it was deemed that only 9% of artists benefited directly from a ‘creative boost’.


Another theory suggests that creative people rely on alcohol to overcome anxiety and insomnia, the by-products of the creative process. Indeed, Post’s investigation of 100 American and British writers’ biographies found that writers are more likely than others to develop mental diseases—half of them suffered from depression; while 31 suffered from both depression and alcoholism. This may indicate that besides being part of the artists’ ‘way of life’, alcohol may be consumed primarily to escape their day-to-day problems. As the body’s tolerance to alcohol slowly builds up, what began as the occasional drink is soon turned into a habit, paving the way for addiction.

Alcoholism in the Music World

Ludwig van Beethoven, Modest Mussorgsky and Pyotr Ilyich Tchaikovsky are perhaps the only three classical music composers known for their drinking habits. Mozart was also rumoured to enjoy his glass to rid the stress of composing. However, it is generally agreed that alcoholism was barely a problem amongst musicians in the classical period, especially compared to what it is today. 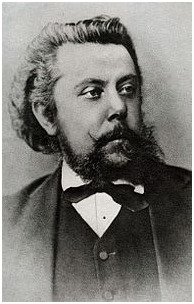 Amongst them, it was Mussorgsky’s creative output that truly suffered from the alcohol abuse. The 1860-70s mark his best years, in which several operas including The Stone Guest, Boris Godunov and Khovanshchina were completed. Shortly after he began drifting away from his old friends, and had been seen to show fits of madness that were likely alcohol-related. While drinking in the 1860s was somewhat idealized and used as a way of showing off one’s talents, Mussorgsky’s drinking patterns led to more isolation and self-destruction. For a short period he maintained some creative output, with compositions such as Sunless, the Khovanschina Prelude, and the piano suite Pictures at an Exhibition. By the 1880s, Mussorgsky’s behaviour could no longer be tolerated by his superior, a music-lover who had granted him much leniency in his earlier years. He was dismissed from government service, and though supported by friends to complete the rest of The Fair at Sorochyntsi, he failed. By early 1881, Mussorgsky stated to a friend that there was ‘nothing left but begging’, a desperate call for help that was followed by four seizures in rapid succession. A week after his 42nd birthday, he was dead.

As for Beethoven, alcohol had made a relatively early appearance in his life. In March 1787 Beethoven travelled to Vienna, apparently in hope to study with Mozart. While it is uncertain whether the two actually met, he returned home two weeks later only to find his mother gravely ill. She passed away shortly after. Following this Beethoven’s father turned into an alcoholic, and the young composer was left responsible for the care of his younger brothers. His later years were further troubled by encroaching deafness, possible bipolar disorder and long-term illness (which he called “inflammatory fever”). The autopsy after his death in 1827 revealed significant liver damage, which was likely due to the excessive alcohol consumption during his lifetime. Alcoholic cirrhosis was hence proposed as a likely cause of Beethoven’s death, although syphilis, infectious hepatitis, sarcoidosis, lead poisoning and Whipple’s disease have also been suggested.

To conclude, creativity and alcohol do share a complicated relationship. Despite the romantic myths about alcohol and art, scientific studies have not been able to prove a direct relationship. Other studies even go as far as to suggest that it is the belief in the effects of alcohol that is what truly ignites the magic. In other words, alcohol’s power to open the gates of creativity is more myth than fact, and is nothing more than a romantically-inspired form of self destruction. Unless, of course, you are one of the exceptional few that have the unusual, mutated “Churchill Gene”, which goes something like this:

“Always remember that I have taken more out of alcohol than it has taken out of me.” ~ Winston Chuchill