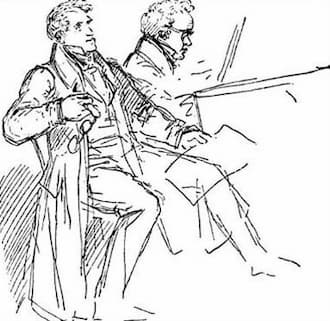 The baritone singer and composer Johann Michael Vogl (1768–1840) was a key figure in Schubert’s success as a Lied composer. Vogl was engaged at the Vienna Court Opera, and he met Schubert for the first time in 1817. Renowned for his performances in both Italian and German opera, Vogl had taken part in the premiere of Beethoven’s Fidelio only three years earlier. A friend arranged for Vogl to visit Schubert’s apartment and he tried out some of his song. In fact, during this first meeting Vogl sang three songs, including “Ganymed,” which Schubert had only just composed. Vogl was impressed and soon thereafter became a great advocate of Schubert’s Lieder, performing them at private and public concerts often accompanied by Schubert himself. Schubert was delighted with the way Vogl performed his songs, exclaiming on numerous occasions “Vogl sang gloriously.” The partnership was important to both. For one it spread Schubert’s name and music, and it also gave Vogl a second career when he was too old to continue on the operatic stage. 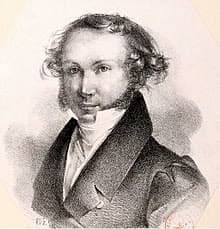 Franz Schubert exhibited first symptoms of his syphilis infection during the winter of 1822. He was admitted to the Vienna General Hospital for six months, but despite taking numerous cold baths, extensive fasting and the administration of copious amounts of mercury, Schubert clearly sensed that his life was going to be cut short. On the advice of his doctor, Schubert embarked on a journey to the Alpine resort of Bad Gastein in May 1825 in order to turn his attention to the composition of serious instrumental music. The Piano Sonata in D major, D 850 was specifically written and subsequently dedicated to the professional pianist Karl Maria von Bocklet (1801–1881). Bocklet had created a great stir when he first came onto the Viennese musical scene. Beethoven wrote letters of introductions for him, and even Frédéric Chopin appeared to have been influenced by his virtuosity. In the event, Bocklet was a regular member of the Schubert circle, and he premiered both piano trios. 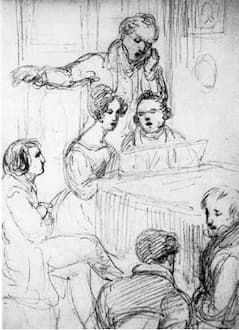 The Kärntnertor opera singer Katharina Lászny née Buchwieser was famed throughout the city of Vienna for her long list of lovers, and for her extravagant dinner parties. Following Beethoven’s funeral, she invited the torchbearer Johann Nepomuk Hummel and his 16-year old student Ferdinand Hiller to dine at her house. Lászny had also invited Schubert and Vogl, and after dinner began what Hiller describes as a unique concert. “One song was followed by another,” he writes “untiring the contributors, untiring the listeners. Schubert had but little technique, Vogl had but little voice, but they both had so much life and feeling, and were so completely absorbed in their performances. One thought neither of piano playing nor of singing, it was as though the music needed not material sound, as though the melodies, like visions, revealed themselves to spiritualized ears.” And even the great Hummel, Lászny reports, “was so deeply moved that tears glistened on his cheeks.” Schubert and Lászny were never lovers, but he nevertheless dedicated some compositions to her.

The distinguished painter Moritz von Schwind (1804-1871) was one of the most prominent members of the Schubert circle. Schubert not only felt great affection for Schwind whom he jokingly called his “beloved,” he also respected his musical judgment. According to Bauernfeld, “every new song or composition for the piano was first communicated to Schwind.” Schwind also played the violin and was an excellent pianist, performing Schubert waltzes “enchantingly on the piano.” His unfinished painting of a Schubertiade gathering entitled “An Evening at Josef von Spaun’s,” is surely the most famous pictorial representation of these social evenings. When news of Schubert’s death reached him in Munich, Schwind wrote to Schober, “You know how much I loved him, so you will understand that I can hardly bear the thought that I have lost him… I wept for him, as I would for one of my brothers.”