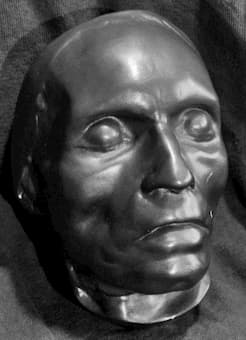 Ludwig van Beethoven suffered from a variety of medical conditions throughout his life. We all know about his struggle with deafness, and how it affected his mental health by creating a sense of deep isolation and frustration. However, he also permanently suffered from abdominal pain and chronic inflammatory bowel syndrome. In addition, he was suffering from rheumatic diseases, succumbed to extended bouts of deep depression, and he probably had syphilis. And let’s not forget that Beethoven was an alcoholic. He consumed enough wine for sufficiently long periods to seriously damage his liver. At the age of 56, and soon after he had finished the substitute Finale for his String Quartet Op. 130, Beethoven’s body had had enough. As far as we know, Beethoven did not make arrangements regarding his funeral, so what music was played at Beethoven’s funeral? 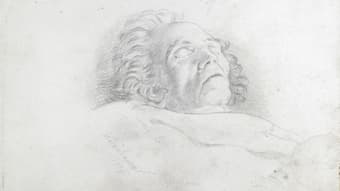 Beethoven on his deathbed

Beethoven was on his way back to Vienna in an open carriage, in the middle of winter, on 1 December 1826. He spent one night in an unheated inn, and finally arrived home suffering from a feverish chill. There seems to have been some delays in providing Beethoven much needed medical attention. His usual doctors were unavailable, and the standby doctor refused a visit because Beethoven had cursed him violently on a previous occasion. Finally, Beethoven was medically examined on December 5, and he suffered from pneumonia, swollen feet and worryingly, he developed jaundice. His doctors did correctly indicate that Beethoven’s liver was failing, and on four occasions the fluid accumulating in his body had to be drained from an incision in the abdomen. Without anesthetic, this must have been far from pleasant, but it did provide some relief. News of his impending demise began to circulate in the local press, and to cheer him up one doctor prescribed iced punch to ease the pain, while the publishing house Schott sent him a dozen bottles of his favorite Rhine wine. Just the ticket for somebody with a failing liver. 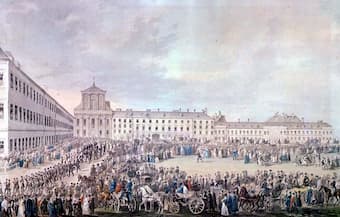 On 24 March 1827 Beethoven sank into a coma, which lasted two days. A violent thunderstorm struck Vienna in the afternoon of March 26. At 5:45pm, a sudden flash of lightning was reported. As a biographer recounts, “the dying man suddenly raised his head, stretched out his own right arm majestically—like a general giving orders to an army. This was but for an instant; the arm sunk back; he fell back; Beethoven was dead.” Supposedly, Beethoven utter a number of memorable final words and phrases, but most of these appear to have been subsequently invented. Although it is unclear who ordered the autopsy, one was performed on 27 March 1827. His funeral was held on 29 March at the parish church in Alsergrund—the ninth district of Vienna—and he was buried in the Währing cemetery, located northwest of the then City border. 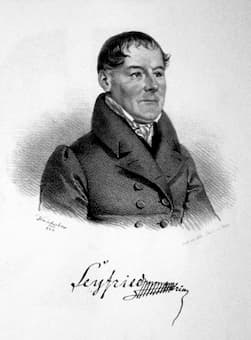 The funeral turned out to be a huge public event. Some commentators estimated that between 10,000 and 30,000 onlookers lined the streets from Beethoven’s final residence to the cemetery. Notable artists participated as pallbearers or torchbearers, including Hummel, Czerny and Schubert. Franz Grillparzer wrote the famous funeral oration, “…No living man enters the halls of immortality…,” which was delivered by the actor Heinrich Anschütz. 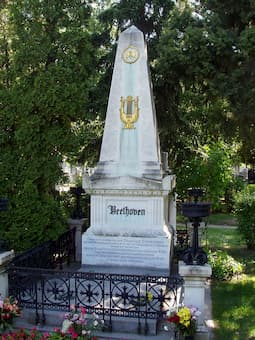 Since Beethoven did not specify the music to be played at his own funeral, all musical details of the service were entrusted to the conductor and composer Ignaz von Seyfried. Between Beethoven’s death and the actual funeral, Seyfried arranged two of Beethoven 3 Equales WoO 30—originally for trombone ensemble—for men’s chorus and added a Latin text. He also arranged the funeral march from Beethoven’s Piano Sonata Op. 26 for 4 trombones and men’s chorus, and conducted the “Chorale of the Brethren of Charity,” from the opera Wilhelm Tell by Bernhard Anselm Weber. Seyfried was supposedly a student of Mozart, and thus he also featured his own composition at Beethoven’s funeral; a setting of the “Libera me” incorporating quotes from Mozart’s Requiem. A couple of days later at a commemorative service for Beethoven, the Mozart Requiem was then performed in full. In 1888, Beethoven’s remains, together with Franz Schubert’s, were move to the Central Cemetery. Since then, they eternally rest in the “Musician’s Corner,” and you can still visit them today.