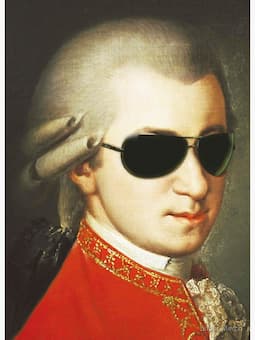 In the 21st Century, pop stars—real, imagined or virtual—are a dime a dozen. In 250 years will we see their faces printed on chocolates, dishtowels, coffee cups and all kinds of digital media? I suspect that the great majority will long have been forgotten, but we will still commemorate the first pop star in the history of music, Wolfgang Amadeus Mozart. In his time he rubbed shoulders with the rich and famous, and his music has continuously sold around the globe. Think about it, Mozart still leads all the charts. Over 12,000 books have been devoted to his life and his music, and he makes plants grow better, cures epilepsy and manic-depression, and even makes your baby smarter. But the secret of Mozart’s popularity is not merely found in his genius and his music. We like Mozart because he is approachable, and because he is not really intimidating. Mozart wrote dirty little letters to his cousin, and a nobleman famously kicked him in the rear. He tried a million things to make money, succeeded in some but mostly failed. Mozart knew what it meant to be alive, as he experienced everything from the deepest torments of the soul to the most exultant joy. The title of my article isn’t quite correct, because Mozart is already part of the 21st century. And if he would be physically here today, I am sure he would absolutely love it. Let’s have a look how the 21st century has musically responded to Mozart, all starting with a jazzy take on his famous “Turkish March.” 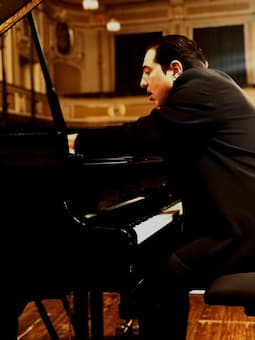 Fazıl Say is not only a brilliant pianist, but he has also been called “one of the greatest artists of the 21st century.” Born in Ankara, Turkey, he started playing the piano at age four and received formal studies from the age of eleven. Continuing his piano studies in Germany, Say also discovered his impulse to compose. Since then, his musical career has unfolded as both a composer and internationally renowned pianist. He is greatly influenced by jazz and improvisation, and Turkish traditions. “Music should always come out as an improvisation,“ he writes, “and a composition in itself is an improvisation. The composer tries, tries again, then he finds something he likes, develops it. Playing should imitate this process of improvisation. That is why there is always a search for freshness in the performance.“ It might not all be that far-fetched to think that this sense of spontaneous unfolding is similar to the way Mozart thought about the process of composing and performing as well. One thing for sure, Mozart was one of the greatest pianists of his time, so let’s hear what one of the greatest pianists of our time can do with his music. 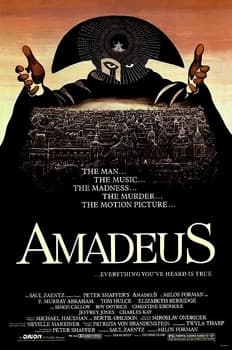 Many of my friends keep telling me that classical music is out-of-date, obsolete and boring. It is possible that they have had some bad childhood experiences, or that they are just herding along with what many people are saying on social media. I couldn’t disagree more. Of course, music from different time periods or from different places around the world might be unfamiliar, but the music itself is always exciting. And we are super fortunate that so much of it is available on YouTube or via live streams. These new and exciting media platforms also allow aspiring musicians to share their talents and versatility with the world. Mark Klett is a native of Las Cruces, New Mexico, and he loves playing the music of the great composers, with Chopin being his favorite. “I have such respect for what they have created. It takes me to a different place.” His stated life goal is to compose a musical, but in the meantime he got his local musical community together and had a contemporary look at Mozart’s Requiem. All I can say is, Mozart rocks! 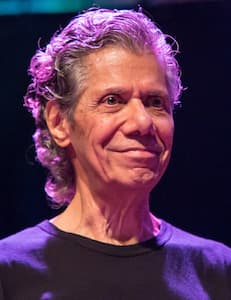 For Chick Corea (1941-2021) musical styles and genres were not restrictive constructs. “I write music to celebrate life,” he once said, “it is the joy of creating… My mission has always been to bring the joy of creating anywhere I could, and to have done so with all the artists that I admire so dearly — this has been the richness of my life.” His ability to synthesize and embrace varied types of music, to consider music an invitation for endless explorations, has made him one of the most impactful forces in the music world for the past half century.” Corea has been called one of the single greatest improvisational musicians, and he just loved artistic collaborations. 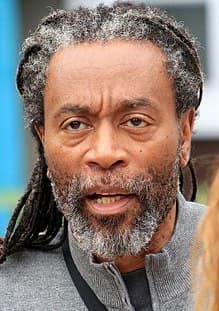 For “The Mozart Sessions” he enlisted none other than the famed American folk-jazz vocalist Bobby McFerrin. He is known for his incredible vocal techniques, including polyphonic overtone singing. His signature falsetto and wordless melodies are embellished by Corea’s piano flourishes, and thus introduce us to the Mozart D-minor concerto. As the concerto unfolds, McFerrin reinforces woodwind details, while Corea provides Latin-tinged and highly embellished cadenzas and other additions to tutti passages. It’s nice to hear that both don’t really get in the way of old Mozart. 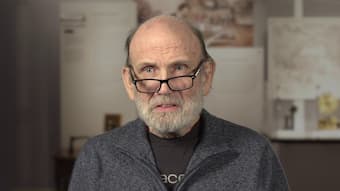 Wolfgang Amadeus Mozart was a busy traveler. In order to secure an official appointment at court, father Leopold took his young children on lengthy and dangerous journeys throughout Europe and England. It’s almost a miracle that they survived. We know that young Mozart had a fabulous ear, and that he instantly picked up the local musical styles of his destinations. Can you imagine what kind of music he might have written if he had ever visited Bali? Well, we can’t know for sure but artificial intelligence might give us a hint. Let’s ask composer David Cope, who wrote a computer composition program that can analyze music entered into the database. In turn, that particular input would be used by artificial intelligence to generate the composition of a new work in that particular style. Have a listen to what happens if you combine the algorithms of Mozart’s music with the sounds and rhythmic complexity of Javanese gamelan. 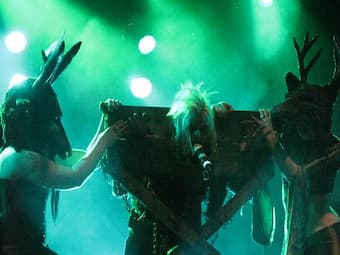 Therion at The Fridge in Brixton

The Swedish symphonic metal band “Therion” was formerly known as “Blitzkrieg” and “Megatherion.” Originally a death metal band, they adjusted their musical style by adding orchestral elements, choirs, classical musicians, and even a full orchestra. As such, they now take their themes from different mythologies and practices, including occultism, magic, and ancient traditions. In 2007, the band appeared at the Miskolc Opera Festival in Hungary with a show entitled “Gothic Kabbalah.” They recruited a local symphonic orchestra and choir, and the first half of the show featured orchestral pieces by Dvorak, Verdi, Saint-Saëns, Wagner, and Mozart. The “Dies irae” (Day of Wrath) from Mozart’s Requiem seems like an appropriate choice for the occasion, and I let you decide whether you like Mozart in symphonic metal garb or not. 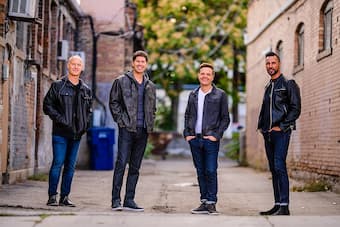 The Piano Guys are a musical group consisting of pianist Jon Schmidt, cellist Steven Sharp Nelson, videographer Paul Anderson, and music producer Al van der Beek. The group originated as a social media strategy of a piano store in St. George, Utah. Rather quickly, their focus shifted from selling piano to solely making music videos. The group draws on a variety of musical styles, including classical, pop, film scores and original compositions. “For a bunch of ordinary guys like us,” they write, “our mission has always been to make music that inspires, uplifts and makes the world a better place.” Their mashups of classical and contemporary songs have been especially popular. After scoring a hit with their Taylor Swift/Coldplay mashup, they set out to produce a hip-hop/classical remix. And that’s how we got to “Michael meets Mozart,” which weaves together a number of known tunes and influences from Michael Jackson, Mozart and U2. 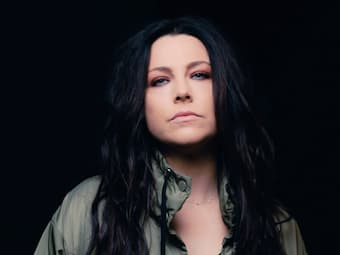 Singer and pianist Amy Lee and guitarist Ben Moody founded the American rock band “Evanescence” in 1995. Originally, their music was promoted in Christian stores but the band was opposed to the “Christian band” label. Musical identity has seemingly always been an issue, with the New York Times calling them a “gothic metal act,” and other publications a “goth Christian nü-metal with a twist of melancholic Enya.” Their song “Lacrymosa” was inspired by the movie “Amadeus,” and it incorporates the Lacrimosa sequence from Mozart’s Requiem. Lee explains, “I saw Amadeus when I was nine years old and fell in love with Mozart. The part of Mozart’s Requiem called “Lacyrmosa” is my favorite piece of music ever. I always wished we could cover it, but with programming and guitars and make it cool. It’s our moment to try all the things I wanted to and couldn’t, so I started messing with it.” Critical reception has ranged from positive to mixed, but audiences have simply loved it. 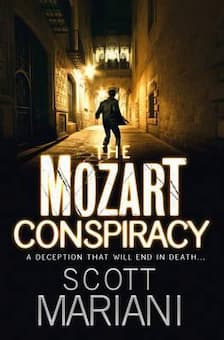 “The Mozart Conspiracy” by Scott Mariani

Artists have found in Mozart’s life and music a compelling source of inspiration. Soon after his death, Mozart found his way into various works of literature and fiction, starting with E. T. A. Hoffmann and Eduard Mörike. That trend has continued in modern fiction, as in the 2008 Novel “The Mozart Conspiracy” by Scott Mariani. Mozart has been portrayed as a sleuth in detective fiction, and in alternate histories that speculate about him remaining in London. And there is the “Cyberpunk Anthology,” in which Mozart appears as a DJ wannabe after he meets the people and culture of the future. There have been countless dramas and plays involving Mozart, and plenty of films. Operas have been based on his life and his death, and as we have seen, popular music has been very keen to engage with him. Mozart appears in Children’s literature, in comic strips and on Television. And let’s not forget video gams as well. In “Luigi’s Mansion 3” a Boss Ghost is called Amadeus Wolfgeist and depicts a pianist ghost who is located in an auditorium of “The Last Resort.” Believe it or not, but Mozart is alive and well in the 21st century, and he will continue to inspire for centuries to come.