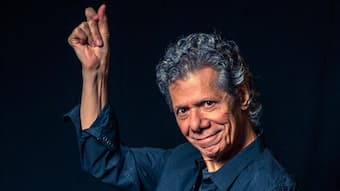 Long before we needed childish simplifications and social media overhype to describe the musical explorations of different musical style and genres, there was Chick Corea (1941-2021). To him, musical styles and genres were not restrictive constructs, but an invitation for endless explorations of varied potentials. “I write music to celebrate life,” he once said, “it is the joy of creating… My mission has always been to bring the joy of creating anywhere I could, and to have done so with all the artists that I admire so dearly — this has been the richness of my life.” Considered one of the “single greatest improvisational musicians,” Corea was a versatile composer, keyboardist and bandleader who reached across many genres from rock to Latin to classical. He wrote and performed miniatures in the manner of Bartók, tiptoed his way through Mozart concertos, and wrote works for symphony orchestras and string quartets. In addition, he was equally at home amongst howling electric guitars, rock anthems and in the timeless jazz format of the improvising trio. A unique pioneer in the exploration of music space, Chick Corea died on 9 February 2021 at the age of 79. 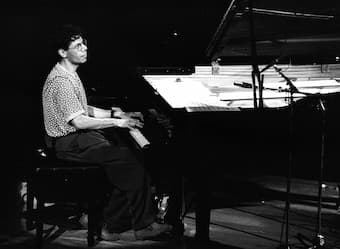 Corea’s ability to synthesize and embrace varied types of music has made him “one of the most impactful forces in the music world the past half century.” Born into a musical family in Chelsea, Massachusetts, he started to explore the piano at age four and took up drums when he was eight. Formal piano lessons introduced him to classical music, and he was admitted to Columbia University and the Juilliard School. He found academic studies disappointing, and became a jazz sideman instead. Playing with Sarah Vaughan, Mongo Santamaría, Stan Getz and others, he was quickly credited with “adding a dreamlike mistiness with soft splashes of dissonance.” He joined Miles Davis in the late 60s, and alongside other gifted pianists like Herbie Hancock, Keith Jarrett and Joe Zawinul, helped to define and create a new musical hybrid by fusing jazz with elements of funk and psychedelic rock. Fusion and improvisation always stood at the center of Corea’s art, and his breathtaking suites feature movements titled Prelude, Ballade, Toccata, Humoresque, Invention, Fugue, Aria and Ostinato Waltz. 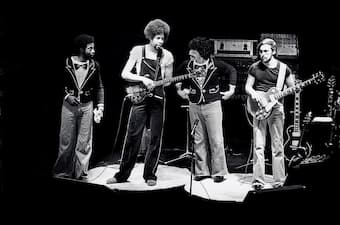 Chick Corea with his band “Return to Forever”, 1976

In 1970, Corea founded his own free jazz group, and he musically explored a more atonal style. With his two “Improvisations” albums he ventured into a more lyrical solo piano sound. Together with bassist Stanley Clarke, Corea formed his band “Return to Forever,” leaders in the emerging style known as fusion. Corea initially looked at Brazilian music, and he found mainstream commercial success by capturing his flair for Spanish flamenco. Corea’s fusion legacy extends far beyond “Return to Forever,” and included the “Chick Corea Elektric Band,” “Chick Corea & The Vigil,” and an all-star crew called the “Five Peace Band.” 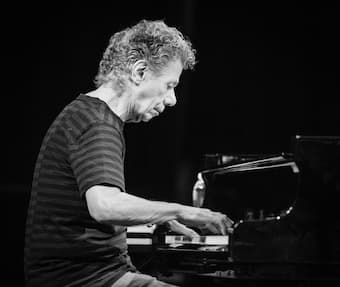 A critic summed up Corea’s overriding mantra to life and music as follows, “few improvising musicians ever collaborated more broadly, or with more boundless enthusiasm.” He embarked on a series of concerts with fellow pianist Herbie Hancock, played live duets with Friedrich Gulda, and performed the Mozart concerto for two pianos with Keith Jarrett. He collaborated with Japanese pianist Hiromi Uehara, vibraphonist Gary Burton, the banjoist Béla Fleck and the vocalist Bobby McFerrin. 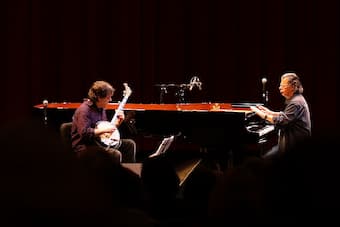 Corea tirelessly kept exploring various streams of music, and he eventually turned his attention towards contemporary classical music. He composed his first piano concerto and arranged his signature composition “Spain” for full symphony orchestra. In 2004, Corea wrote his first string quartet and simultaneously continued to record fusion albums. He continued to tour worldwide and celebrated his 75th birthday in 2016 by playing with more than 20 different groups during a six-week stand at the Blue Note Jazz Club in Greenwich Village, New York City. Corea quipped, “I pretty well ignore the numbers that make up age. It seems to be the best way to go. I have always just concentrated on having the most fun I can with the adventure of music.” Corea released well over 100 albums and won a total of 23 Grammy Awards, which paid tribute to “undisputedly one of the most incredible jazz innovator of all time.” He will long be remembered as a pianist with a crisp touch and clarion tone “buoyed by an effervescent way with rhythm.” Chick Corea was described as a “genius and one of the most innovative and inspired musician,” and “through his body of work and the decades spent touring the world, he touched and inspired the lives of millions.”