Without a good piece of music, a commercial can never stand out, that’s why we always find classical music used in tv commercials. This article continues with the previous two articles highlighting 9 more commercials using classical repertoire. 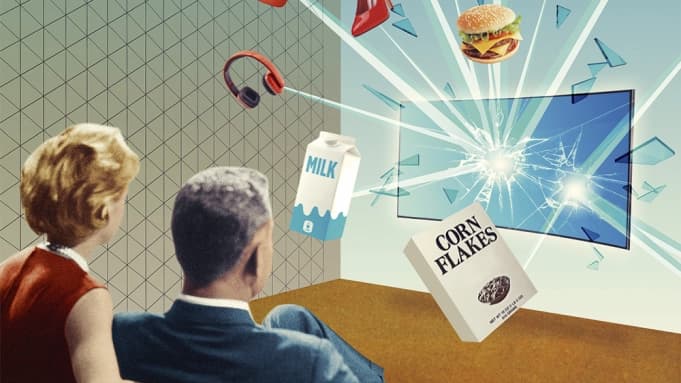 This commercial from De Beers Diamonds in 1993 used the captivating motifs composed by Welsh composer Karl Jenkins (1944-). The motifs later became the first movement of Palladio- a three-movement concerto grosso for string orchestra published in 1996.

Palladio was named after the Renaissance architect Andrea Palladio (1508–1580); in this work, Jenkins intended to portray the “mathematical harmony and architectural elements” inspired by Palladio’s architecture.

In addition to the string orchestral version, the first movement has been arranged for various ensembles and solo piano.

Edvard Grieg’s In the Hall of Mountain King

This 1983 CBS video game commercial used Grieg’s In the Hall of Mountain King to advertise their game, Mountain King.

Vivaldi’s Four Seasons (“Le quattro stagioni”) is one of the most popular pieces in classical music. The Four Seasons was written as violin concertos between 1720 and 1723 during Vivaldi’s employment as a violin teacher at El Pio Ospedale della Pieta.

This commercial used the last movement of Concerto No. 2 in G minor, “L’estate” (Summer), to showcase its new technology. Indeed, Vivaldi brought many innovative ideas to baroque music, including trendy styles and techniques for string playing, and, more importantly, he popularized the concertos.

This 2012 jewelry commercial recreated the waltz scene in the ballet Swan Lake by using their engagement rings as the dancers. The ballet Swan Lake, which only took Tchaikovsky (1840-1893) a year to compose, remains one of the most popular ballets of all time. Its music excerpt can be found in many movies, television, and video games.

The jewelry company seems to favor using classical music in its commercials. Their latest commercial uses an excerpt from Vivaldi’s Spring, and I have found this commercial pretty entertaining:

French composer Georges Delerue (1925-1992) was called “the Mozart of cinema.” Among his 351 works for films and television, many of them won important film music awards, including an Academy Award and César Awards. His works frequently were used for Hollywood productions and movies directed by prominent art house directors, including François Truffaut, Louis Malle, and Bernardo Bertolucci.

The music of this commercial is Grand Choral from the 1973 comedy-romantic movie La Nuit américaine (Day for Night). This movie, directed by François Truffaut, was awarded the Best Foreign Language Film Academy Award in 1974.

Schubert (1797-1828) wrote many songs, including Ave Maria, which is famous and regularly performed today. This work was based on Walter Scott’s poem The Lady of the Lake (1810) and later collected as the sixth of the seven pieces, Op.25.

Ave Maria was used in an Amazon TV commercial in 2021. Whether you are an Amazon customer, you cannot resist watching this commercial due to this beautiful song.

An Australian beer company incorporated the music, O Fortuna in a beer commercial. This work is a movement from a cantata Carmina Burana written by German composer Carl Orff (1895-1982) in 1935-36. The cantata is based on a collection of medieval Goliardic poetry with the same name.

In the commercial, the original text from the piece (which was taken from the poem with the same title), was replaced by “this ad better sell some bloody beer,” for example. Indeed, it is the most honest statement and the most crucial advertisement goal.

The last video comes from A Dorito commercial from the 2012 Super Bowl. In the commercial, a grandma used her wheelchair to slingshot a baby on a swing to grab Doritos. La dona e mobile was played when the baby was “flying.” La dona e mobile (Women is fickle) was an aria initially from the opera Rigoletto (1851). This aria is one of the most performed pieces from the tenor repertoire, not to mention Rigoletto was one of the most famous works by Verdi.