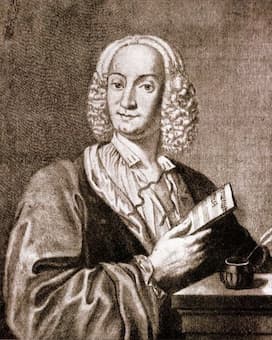 We think of Vivaldi’s set of four violin concertos known as The Four Seasons as one of the warhorses of the classical world. They’re everywhere, used in advertising and in movies, often even used to advertise classical radio stations. However, it’s really only in the last fifty or sixty years that they’ve attained their status at the top.

The title “The Four Seasons” comes from Vivaldi himself – in the dedication of these works, he calls them “Le quattro stagioni.” Vivaldi’s illustration of the seasons was incredibly original and had little in the way of precedent.

The four concertos were published in 1723 as part of Il cimento dell’armonia e dell’inventione (The Contest between Harmony and Invention), Op. 8, a set of 12 violin concertos. The Four Seasons are the first 4 concertos in the set. 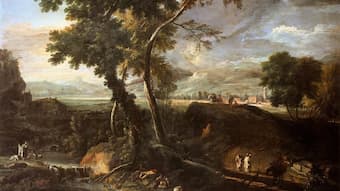 One unusual detail about these four works was that Vivaldi also published poetry with each concerto. It is not known if Vivaldi was the author of the poetry or someone else, but the match between the music and the poetry was unique. The conjecture, frequently encountered online and in program notes that Vivaldi was also inspired by a lost seasonal cycle of paintings by Marco Ricci, seems to have arisen in the 1970s after an article making general style comparisons between Vivaldi and Ricci. No Ricci paintings have been identified by Vivaldi scholars as being the inspiration for Vivaldi.

We’ll start with Spring. It’s dancing and happy, the birds are singing in the voice of the violins, and even when we have the arrival of the thunderstorm, we know it’s only a temporary diversion from the beauty of the season.

Springtime is upon us.
The birds celebrate her return with festive song,
and murmuring streams are
softly caressed by the breezes.
Thunderstorms, those heralds of Spring, roar,
casting their dark mantle over heaven.
Then they die away to silence,
and the birds take up their magical songs once more.


The slow second movement seems to depict things that aren’t in the poem – what’s that recurring sound – an unseen bird? Branches hitting together? No matter, it’s a slow and sleepy warm afternoon.

On the flower-strewn meadow, with leafy branches
rustling overhead, the goat-herd sleeps,
his faithful dog beside him.


Hearing the droning of bagpipes in the lower strings, we know we’re at a country dance. The dancers make their moves, with the occasional virtuosic turn, and everyone celebrates spring.

Led by the festive sound of rustic bagpipes,
nymphs and shepherds lightly dance
beneath the brilliant canopy of spring.


As a side note, if we take a look at Vivaldi’s opera Giustino, which was written in 1723 and had its premiere in January 1724 in Rome during carnival season, we’ll see an echo of The Four Seasons, which had been written 3 years earlier. In the middle of Act I, there’s a short little sinfonia, and we can hear what Vivaldi did with the theme from the first movement of his new concerto. 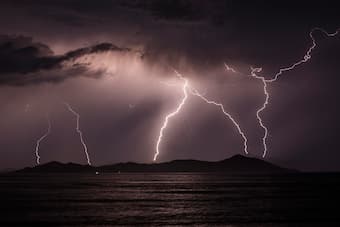 Continuing through the seasons, we come to the most anticipated one: Summer. The hot days, the soft breezes, the occasional thunderstorm to break up the stillness.

Vivaldi uses the contrast between the still hot day and the violence of the storms to break up the work and make it more dramatic than one might have supposed simply from the title. Surprisingly, the work is in G minor, which gives us a hint that all is not pleasant summer play. The poetry keeps the focus on the countryside, with the shepherds up in the hills, seeking relief from the sun under the sparse trees. The winds come, but it’s not really to comfort but to put some drama into the air.

Under a hard season, fired up by the sun
Man and flock both languish, and pine trees burn.
We hear the cuckoo’s voice; followed by
sweet songs of turtledove and finch.
Soft breezes stir the air, but, threatening,
the North Wind sweeps them suddenly aside.
The shepherd trembles,
fearing violent storms and his fate.


The shepherd is still on the hill, but he cannot rest for fear of the approaching storm. And, to make it worse, the flies have come out to bother him and his flock.

The fear of lightning and fierce thunder
Robs his tired limbs of rest
As gnats and flies buzz furiously around.


Finally, the storm comes – thunder and lightning, and rain all around.

Alas, his fears were justified
The Heavens thunder and roar; and hail
Cuts off the heads of the wheat, and damages the grain.


Vivaldi’s vision of man in the world has man as the victim of the physical violence of nature – summer becomes a time of fear, rather than a time of play. This is a very different vision of the season than we usually see or hear.

Coming next Autumn and Winter.