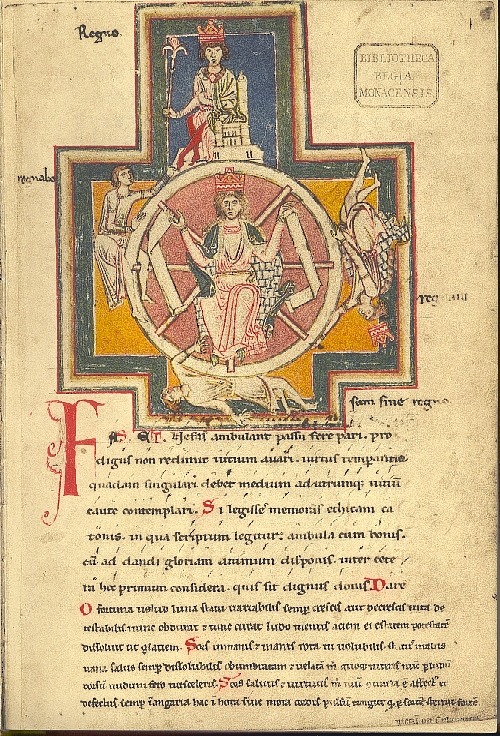 We went to a performance recently of Orff’s Carmina Burana and really welcomed the rare chance to hear a performance of the work on stage. This is a work that is more heard on the radio or as part of a film than on the concert stage and it really changes your perception of this work to see/hear it live.

The German composer Carl Orff took a 11th to 12th-century text that had been rediscovered in 1802 and created from it a work that not only changed his own style of composition but also that was influential in its modern presentation of classical texts. The Carmina Burana (Songs from Beuern, i.e. from the town of Benediktbeuern) is a manuscript containing 254 poems and dramatic texts. The pieces are rude, irreverent, and satirical, making fun of the church and its practices and commenting on daily life, especially concerning love. The texts were written in a mix of languages: Medieval Latin, Middle High German, Old French, or in a combination of Latin and the local languages.

The text Carl Orff used was based on the critical edition of the texts published in 1930. He set a mere 24 poems out of the collection and it is his setting of the hymn to fortune, ‘O Fortuna,’ that is heard most often these days.

In classical mythology, Fortune’s wheel comes around, first bringing you up in the world and then casting you down. Lady Fortune, in the centre of her wheel, is shown larger than life to indicate her importance. The wheel has four stages of life, with four human figures, labelled on the left regnabo (I shall reign), on the top regno (I reign) and is usually crowned, descending on the right regnavi (I have reigned) and the lowly figure on the bottom is marked sum sine regno (I have no kingdom). As so is the way of the world – success and failure in a turn of the wheel.

Although there was music written for the Carmina Burana and preserved with the manuscript, Orff wrote his own melodies. These have retained their appeal through their simple harmonies and rugged rhythms. His setting is for chorus, but with solos and small choruses offsetting the larger chorus, and with the appearance of a children’s chorus in the middle of it all. The songs are about love in the Spring (3. Veris leta facies (The Merry Face of Spring)), buying cosmetics to make young men fall in love with you (8. Chramer, gip die varwe mir (Shopkeeper, Give me Colour)), eating in the tavern, with a wonderful solo for a swan as he roasts on the spit (12. Cignus ustus cantat: Olim lacus colueram (The Roast Swan Sings)), a visit to the Court of Love where even the rustling of a young girl’s clothes has erotic properties (17. Stetit puella (A Girl Stood)), coming at last to the love story of Blanziflor et Helena (24. Ave formosissima (Hail, Most Beautiful One)). And then, at the end, the turning of the wheel and the return of Fortune, so we end as we began.

Through the evening, as you listen to the variety of texts that Orff set, you think yourself about Dame Fortune’s wheel and where you might be on its mighty moving path. It’s a rare concert that makes you think about such things and so seek out a turn on Fortune’s wheel, as carried on the melody of Carl Orff.