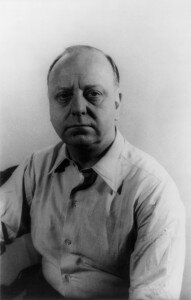 The American composer and critic Virgil Thomson (1896-1989) believed in the ‘discipline of spontaneity.’ His music aimed at a clarity and simplicity that was unusual in 20th century composers. One of the outcomes of this search for spontaneity was his life-long composition of musical portraits. He started this in 1928 when in Paris. In a similar vein to how his friend Gertrude Stein made free-association word portraits, Thomson created musical portraits. His first portraits were based on his thoughts of the person, but then, starting with his 7th image, the portraits were done from life, with the subject sitting in front of him, just as painters did their portraits. 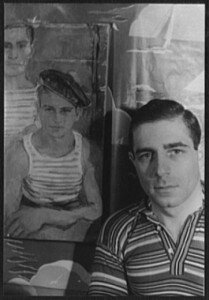 Over his life, Thomson created some 150 portraits. These ranged from simple works for violin or piano

and works for brass quintet, to a Concerto for Flute, Strings, Harp, and Percussion (for his then-lover, the painter Roger Baker)

The list of people for whom he created portraits while in Paris is a virtual checklist of the illuminati of that time and place: Gertrude Stein, Alice B. Toklas,

Pablo Picasso, Aaron Copland, and Paul and Jane Bowles. Later portraits were done to commission, such as his 1942 orchestral portrait of the mayor of New York, Fiorello LaGuardia, in The Mayor LaGuardia Waltzes, composed in the mayor’s office itself. 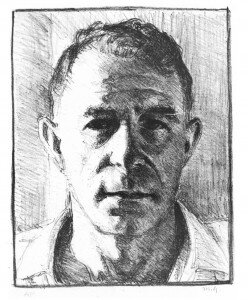 Thomson’s long-time partner, the artist Maurice Grosser (1903-1986), first became involved with Thomson around 1928 when he was developing his new opera, Four Saints in Three Acts. The libretto was by Gertrude Stein, but it was Grosser who made it possible to bring the work to the stage through his scenario. He also worked with Thomson on his later opera, The Mother of Us All, also to a libretto by Gertrude Stein.

In 1986, however, he and Thomson worked together on a project called 18 Portraits. Here, for the first time, Thomson’s musical portraits, some dating from the 1920s, would be accompanied by a drawing by Grosser. Here were presented (in this order) Virgil Thomson, Maurice Grosser,

Click here for the performance of Virgil Thomson’s Alternations: A Portrait of Maurice Grosser by Vladimir Stoupel. 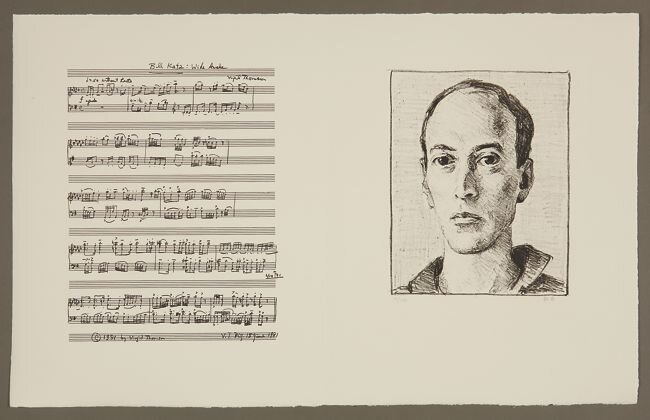 Of Thomson’s some 150 portraits, many remain unpublished and unrecorded, yet for those that we can listen to, Thomson gives us a musical image of the 20th century – from the artistic circles in 1920s Paris to the political business world of New York. One of the last portraits he did was of the New York Times music critic Anthony Tommasini, entitled Tony Tommasini: a Study in Chords in 1984. Thomson himself was music critic for the New York Herald-Tribune from 1940 to 1954. He was also the author of major books on American music, discussing everything from The State of Music (1940) and a history of American Music Since 1919 (1971) to his thoughts as a composer.