Artists Interviews
The Beauty of the Instrument
An Interview With Riyehee Hong
by Maureen Buja February 26th, 2019 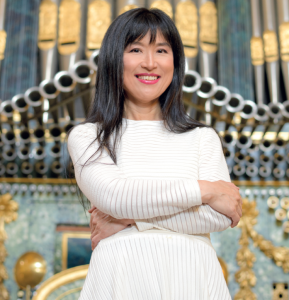 Making her first appearance at the Hong Kong Arts Festival in March, organist Riyehee Hong is looking forward to bringing a wealth of Spanish and European organ music to a new audience. The appearance of an organist in a general arts festival is fairly rare, so this will be an unrivaled opportunity to hear the Hong Kong Cultural Centre’s Concert Hall organ in the hands of a soloist.

Her program started as one that she had created for the Royal Chapel in Madrid. The 1778 organ in the chapel gave a very Spanish sound and she developed the program to take advantage of that through the repertoire. Accordingly, as she takes her program to Hong Kong, she has to change a few pieces because of the difference in the organs.

Soler: Concerto No. 6 for 2 Organs (Peter Hurford, organ; Thomas Trotter, organ)
The organ in the late 18th century was in transition for the better: the air supply was improved, the pipes were better and organs were getting bigger. Accordingly the composers started to take advantage of these changes. The middle class was starting to appear and to entice them, composers started writing music that was more experimental. The final work on the program, for example, Claude Balbastre’s Cannonade, is a work to show off the capabilities of the instrument. 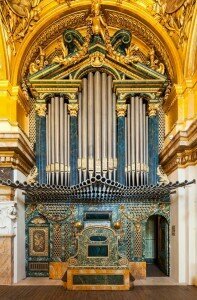 A few of the composers on Hong’s program will be unfamiliar to local audiences. José Lidón, for example, is well-known in Spain and he straddles the style change between the Baroque and the Rococo style of the early Classical periods. Lidón was the organist for the Chapel Royal in Madrid. His sonata was written for either organ or piano, but the title makes reference to the gold and silver decoration on the organ pipes themselves – and, in the design of the chapel, there’s a window opposite the organ so that the incoming light would catch the decorations. A truly brilliant organ.

The other work by Lidón on the program is an Intento. It’s very Spanish sounding but even though it was written for liturgical purposes, more than a hint of flamenco comes through the music.

The Basque composer Larrañaga is a very Classical composer with his work providing nearly textbook examples of form.

Larrañaga: Organ Sonata in C major (Bram Beekman, organ)
The real discovery, however, is Guillaume Lasceux (1740-1831). A manuscript of his music was discovered at an University in Michigan, and seemed, at first look, to be too simple, as though it was a pedagogic work. However, Hong took a closer look at his compositional style and found that it was an interesting pre-Classical style that when played with Baroque organ registrations, something interesting came out. It is organ music, but as influenced by operatic style.

This world of organ music from the Spanish Royal Chapel takes us away from the usual German and French works that are more familiar and brings us a virtuosic world in the hands of a virtuosic player. Come for the new music and stay to appreciate the beauty of the instrument.

Handel: Harpsichord Suite in A Major, HWV 454 (arr. for organ) (Riyehee Hong, organ)
We asked Hong about her spare time and she simply replied: I have a two and a half year old. She reflected that she’d been learning a lot about children and about the importance of music to them. It’s clear to her from observing her daughter that she’s reacting to sound and it makes Hong think about music differently as well.