The Bach Six Solo Cello Suites are considered a must for every cellist and when you look at lists of recordings of the Bach Suites they read like a who’s who of cellists. These pieces are an incredible inspiration and a massive monument to achieve. Today they are among the most frequently performed pieces of music for cello but it was not always so. In Bach’s day, the cello was not considered a solo instrument and these beloved works, written around 1720, were shelved for decades before they were published in 1825 (the original manuscript has never been found). Not until Pablo Casals wandered into a dusty old music store with his father in 1889 coming across a secondhand copy of the Bach’s Cello Suites did musicians learn of these works. Casals encountered music that is rich and varied, dancelike and somber, that explores every technique and illuminates the soul. Once Casals recorded them in 1936, the suites opened a world to other cellists who began to clamor to know and to perform them, and they revealed the infinite possibilities of the cello to other composers.

Since the earliest manuscripts copied by his wife Anna Magdalena Bach contain no markings as to the bowings, tempo, character, or articulation of the pieces, the suites have been reinterpreted in myriad ways by cellists around the world. One has to admire how the music speaks no matter how varied the approach. Nonetheless, certain cellists stand out for their Bach’s music. 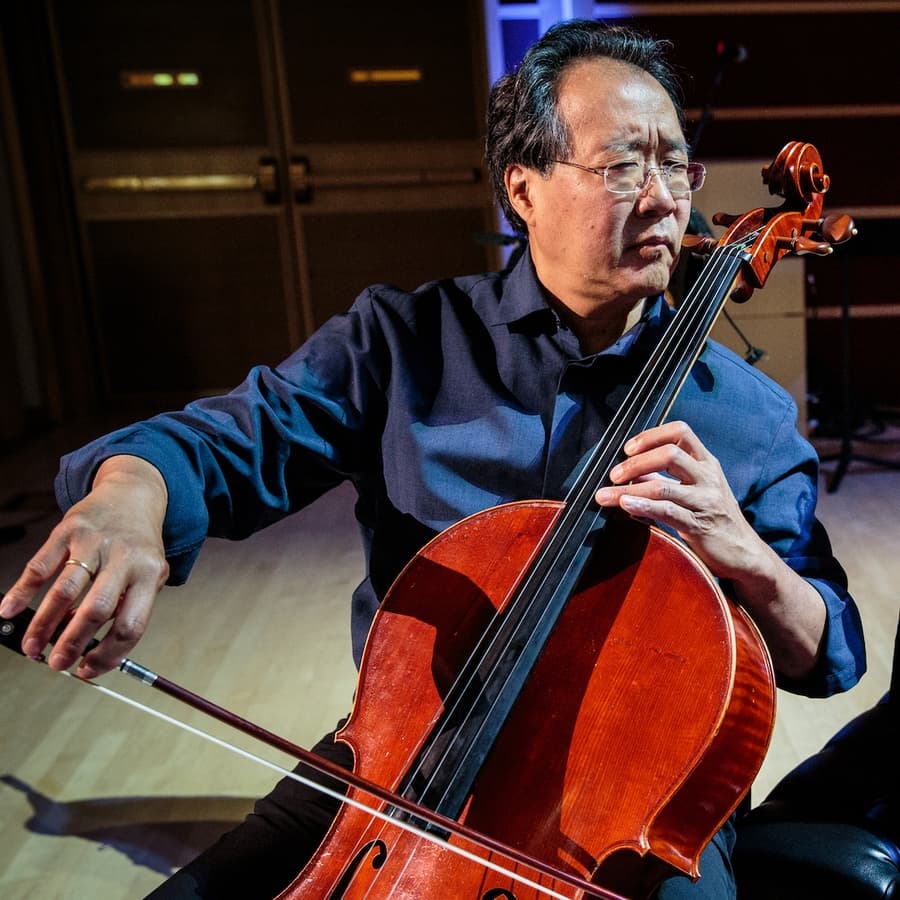 “Bach’s cello suites have been my constant musical companions. For almost six decades, they have given me sustenance, comfort, and joy during times of stress, celebration, and loss,” said Yo-Yo Ma when he announced that he would perform all six suites by Johann Sebastian Bach on a two-year world tour to six continents in The Bach Project 2018. Imagine thousands of audience members sitting with rapt attention for two-and-a-half hours to a lone figure on the stage playing these thirty-six ancient movements. Thirty–six concerts, 36 days of action, one experiment “exploring how culture connects us.” It’s a marathon for both the artist and the audience. His performances are mesmerizing and effortless. His belief in the power of music to bring people of different cultures together is demonstrated by this video, which has been viewed nearly 14 million times. Bach speaks to us eloquently even 300 years later.

Yo-Yo Ma Performs Bach’s Prelude to Suite No. 1 on a Rooftop 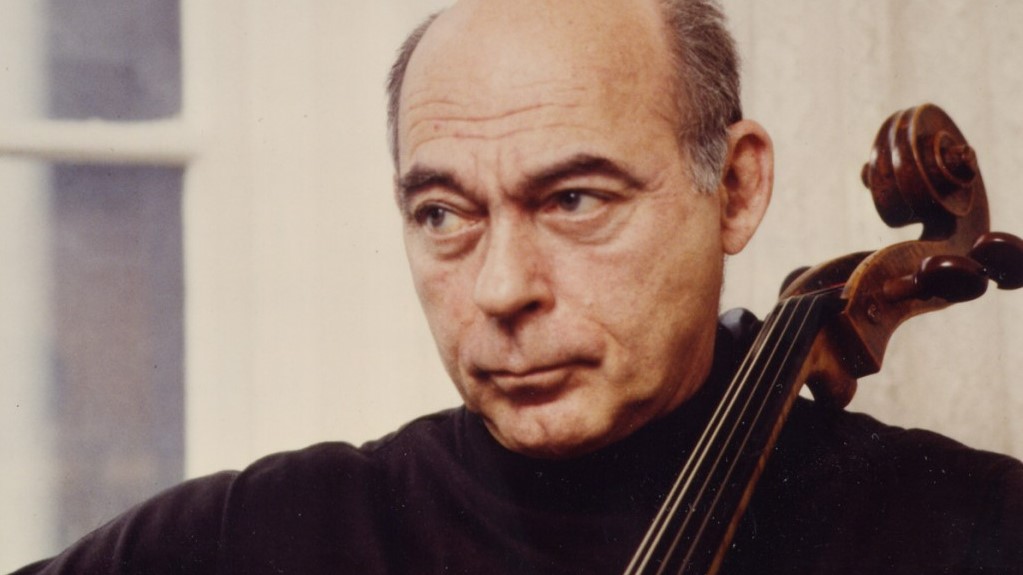 János Starker recorded five versions of the Bach Cello Suites during his career, the first when he was principal cello of the Metropolitan Opera, then the Mercury Living Presence label recorded from 1963-1965. He won a Grammy Award for the RCA recordings in 1997. I remember him telling me that when we play Bach, we need a clear-eyed view. Imagine the vista from a mountaintop. While each blade of grass at your feet is visible, the experience of the panorama is the most powerful. Similarly, Starker said, the larger gestures and structures are more important in Bach than dwelling too much on each phrase.

You’ll find that Starker’s tempos are often slower than cellists play today. Throughout he draws attention to the broader structures than the minutiae. The Allemande from Suite No. 2 is a case in point. The lyrical elegance and clarity are preserved in this interpretation, and the Courante is likewise immaculate and transparent. The Sarabande from Suite No. 5 may have been written in our day. Bach uses probing and almost contemporary harmonies that create a feeling of searching. Starker plays it with suspense and timelessness. 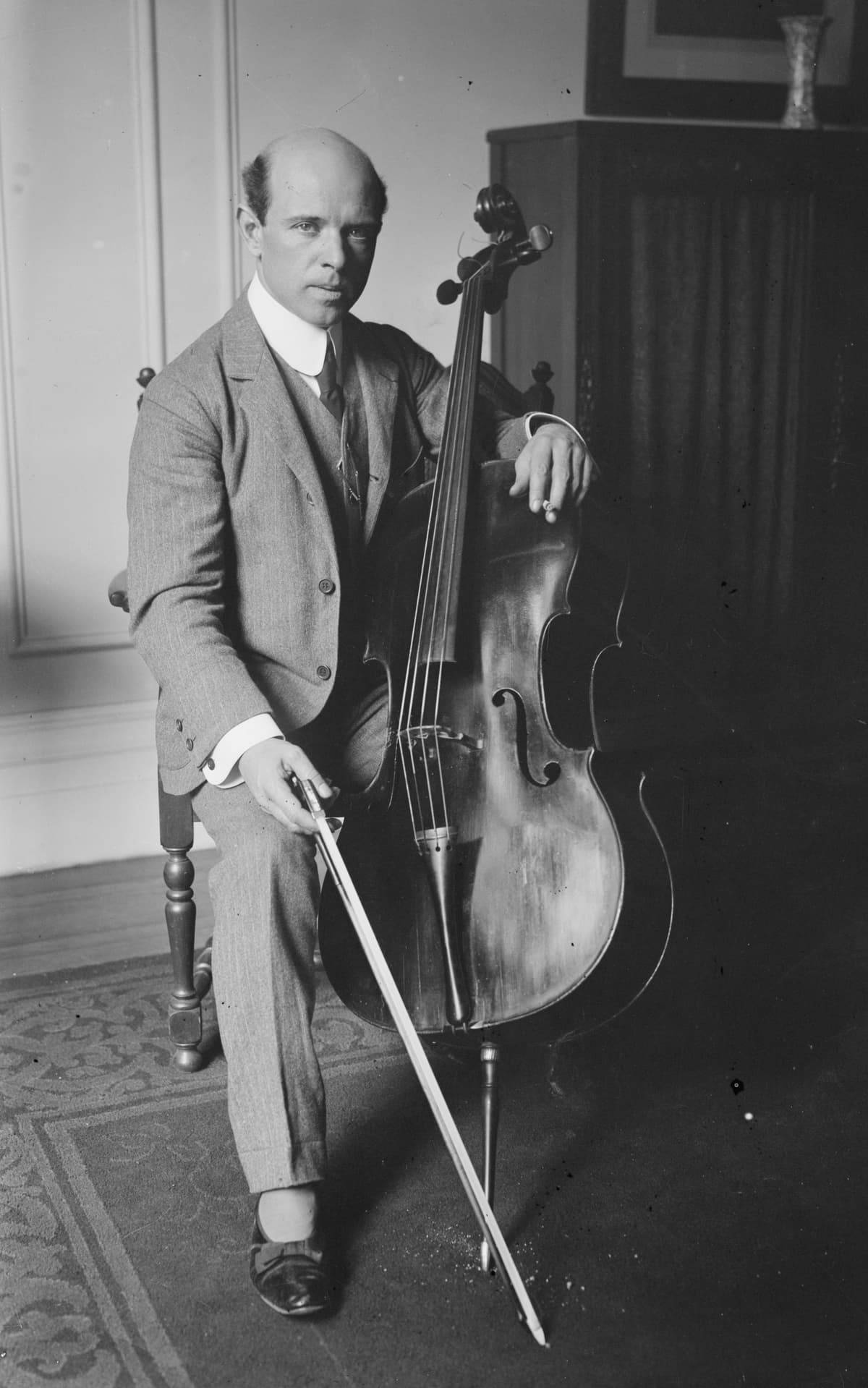 Casals studied the suites for more than a decade after discovering the manuscript before he performed them. He set the standard and codified the phrasings and articulations, proving to the world that these works were not mere etudes. His playing is virtuosic yet he preserves the dance qualities and styles, especially in the Bourrées, Minuets, Gavottes, and Gigues. No wonder we look back on these recordings for guidance. 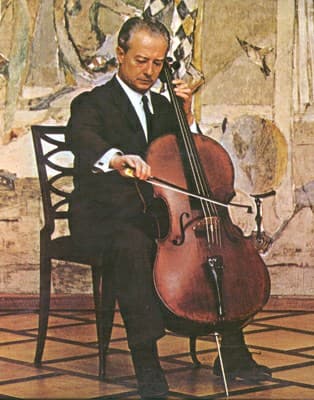 One of the leading French cellists, Fournier was known for his Bach playing. You’ll find he performs more romantically, with a warm vibrato and more generous legato bow strokes. Compare his take on the Prelude of the Suite No. 1 in G to Yo-Yo’s. Fournier plays slower and with more rubato (freedom). The prelude to the second suite is likewise with a full-bodied and resonant tone—sumptuous yet gorgeous. 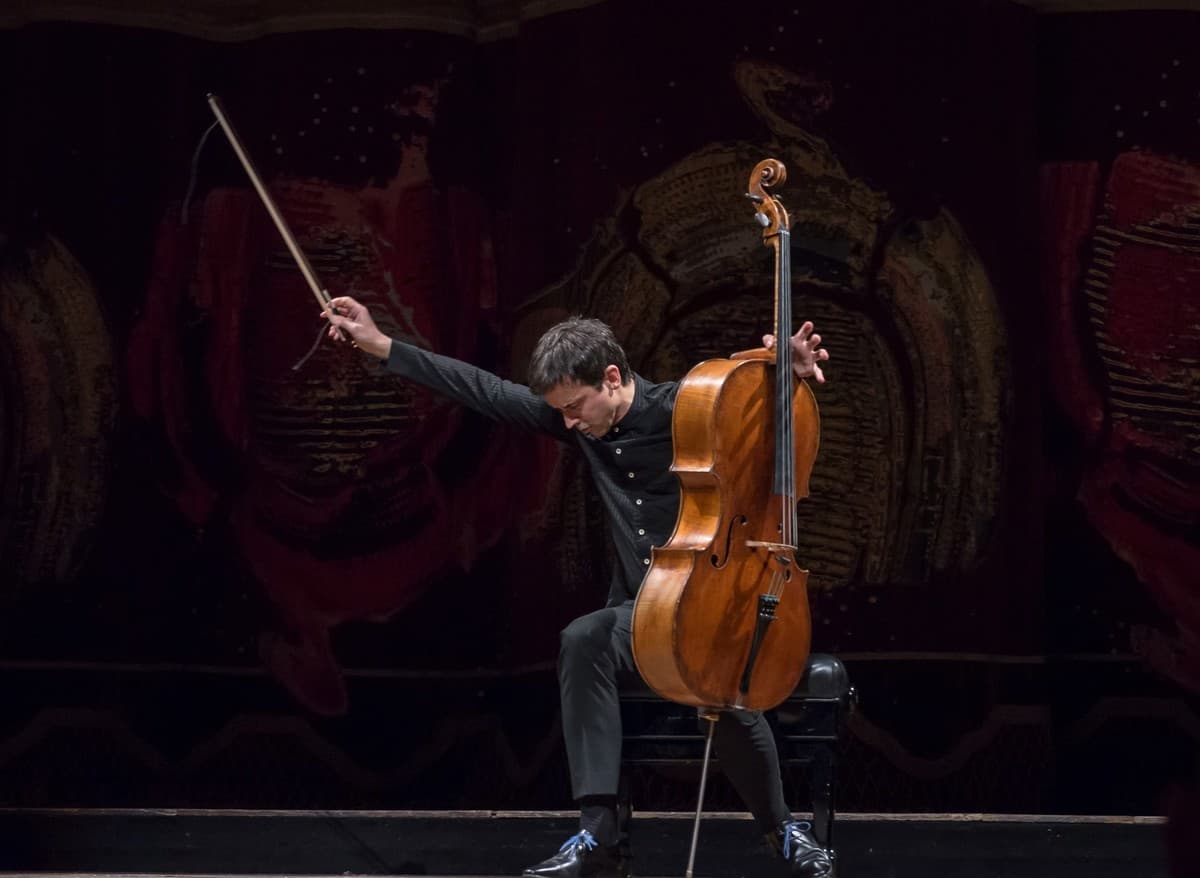 Jean-Guihen Queyras recorded his album of solo Bach in 2007. Like many modern performers, his tempos are quicker and he uses more separate articulations. Queyras has a lovely sound and his interpretations exude lightness such as in the Prelude of the Suite No. 3. His rendition of the Sarabande from the Suite No. 5, much quicker than Starker’s, is compelling. He chooses to play mostly non-vibrato to let the mysterious harmonies penetrate. 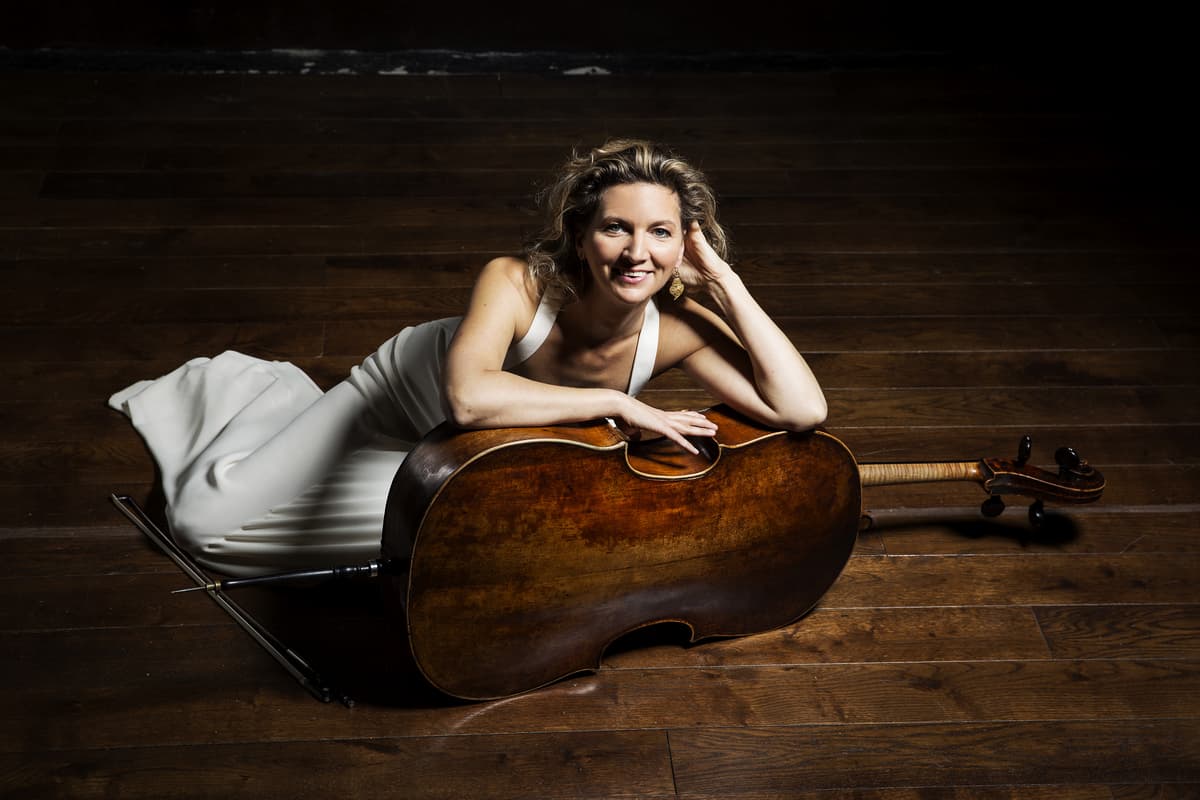 Cellist Ophelie Gaillard plays on a 5-string Baroque cello. Using a Baroque bow and gut strings, allows her to play according to what we know about the period, with open strings that resonate, less vibrato, and stately tempos. The Suite No. 6 in D major, arguably the most technically difficult, is made more brilliant and accessible with the added 5th string as Gaillard plays. Many cellists tackle the higher register and the thumb position double notes on the modern cello but it is thought this suite was written for a smaller 5-string cello, the cello da spalla. Gaillard’s playing is thoughtful and compelling. 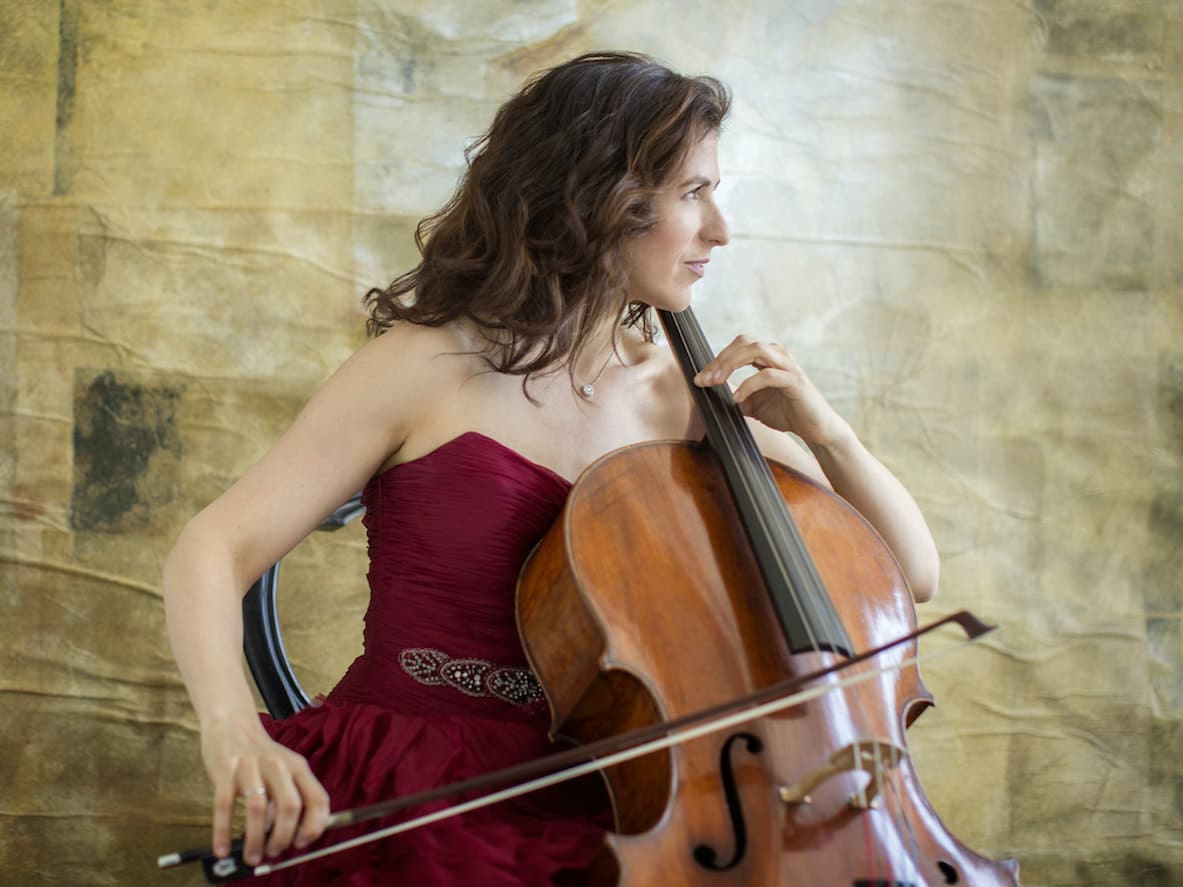 Cellist Inbal Segev also produced a Bach project. She recorded all 36 movements in a masterclass format with musings about how young cellists might approach the suites.

Bach Masterclass: Courante from Suite No. 4 in E-flat major – Musings with Inbal Segev

Other cellists whose Bach playing I admire include Gary Hoffman who recently played all of the suites in Wigmore Hall and the great Dutch cellist Anner Bylsma. And just in time for International Women’s Day here is an astonishing list of 36 women who’ve recorded all six suites. So many cellists and their audiences have found inspiration in Bach’s Solo Cello Suites.