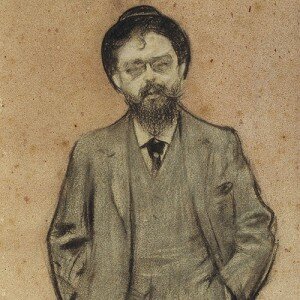 In 1887, Spanish composer Isaac Albéniz brought together a number of works for solo piano that he’d written the previous year and created his Suite Española No. 1, Op. 47. The works take the entire country for their inspiration, with each title reflecting the inspiring region. In addition to the original piano versions, the works have broadened their life through an orchestral version and a version for guitar.

The suite originally had only 4 pieces (Granada, Cataluña, Sevilla and Cuba) and the additional 4 pieces (Cádiz, Asturias, Aragón and Castilla) were added after Albeniz’ death when the Suite was republished. This was to complete the original idea of the work, as it had been commissioned in 1886, but which had never been completed. The four added pieces were parts of already published worked by Albéniz.

We open in Granada with a serenade, an evening piece that seems to evoke the strumming of guitars in the warm night air.

Albéniz: Suite española No. 1, Op. 47: I. Granada (Serenata) (Alicia de Larrocha, piano)
The corranda is a type of Spanish triple-metre dance from Catalonia. The corranda, or more familiarly from Baroque dance movements, the courante, was normally the second movement of a dance suite.

II. Cataluna (Corranda) (Alicia de Larrocha, piano)
The sevillanas representing Seville come from the older Spanish couples dance known as the sequidilla. Although the musical themes may be limited, the lyrics are rich in metaphors for country life, virgins, pilgrimage, and, of course, love themes. By the 19th century, they had become influenced by the rhythms of flamenco.

III. Sevilla (Sevillanas) (Alicia de Larrocha, piano)
As a piano piece, it had its fame, but it was as a guitar work that it found a new audience.

III. Sevilla (Sevillanas) (John Williams, guitar)
Cádiz, the first of the works added after Albéniz’ death, is called a ‘cancion’, simply a ‘song, but originally was supposed to be a ‘saeta,’ a kind of religious song.

IV. Cadiz (Cancion) (Alicia de Larrocha, piano)
Asturia, another of the added pieces, suffers from the good intentions of others in that it doesn’t reflect the music of the area for which it is titled. Although Asturia is in the western part of Spain, the music is that of flamenco, more associated with the Andalusían region. The name of the movement was invented by the publisher Hofmeister and the dance name, ‘leyenda,’ simply means legend. The piano is imitating the flamenco guitar technique and the middle section is much like another flamenco-style piece, the malagueña. 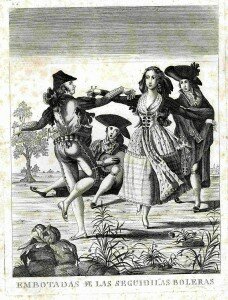 The subtitle ‘fantasía’ for the added work from Aragon is in the style of a ‘jota,’ a typical Aragonese dance.

VI. Aragon (Fantasia) (Alicia de Larrocha, piano)
Castilla, or as it’s better known outside Spain, Castile is an ill-defined area of central Spain that now includes modern day Madrid, the capital of Spain. The sequidilla is a quick triple-time dance for couples with lively footwork, as can be heard in the left-hand of the piano.

VIII. Cuba (Capricho) (Alicia de Larrocha, piano)
Cuba, that island off the coast of Florida, was part of Spain when Albéniz wrote his suite, and is the last of the original 4 pieces. The capricho of the subtitle is a nocturne, in other words, a song of the night.

VII. Castilla (Seguidillas) (Alicia de Larrocha, piano)
Albéniz’ vision of a dancing Spain was an integral part of his focus on the music of Spain. Other collections of his, such as the 4 books that formed Iberia, brought to the world the wealth of musical invention that was Spain. As one of the few European countries that had been occupied by Muslim armies from North Africa, it had a breadth of musical language met nowhere else. The musical nationalism shown here soon had echoes in many other countries.