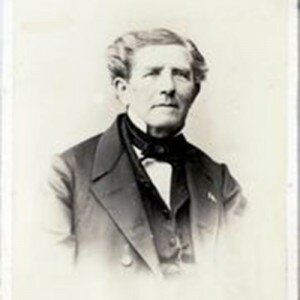 Carl Loewe was strongly attracted to poetry reflecting an oriental influence. And he took a particular liking to a collection of books by the German writer Heinrich Wilhelm Stieglitz (1801-1849). The son of a wealthy Jewish merchant, Stieglitz had published essays and numerous poems in newspapers and almanacs. However, his most famous publication was a series of books entitled Bilder des Orients (Impressions from the Orient). The first volume appeared in 1831, and Stieglitz issued the final fourth volume in 1833. Combining cyclical poems and dramas, Stieglitz created a panorama encompassing the entire Orient from Arabia to China. Exoticism was becoming all the rage in Europe, as artists sought to create the aesthetic illusion of a foreign country, creating an idealized, romantic and stereotyped image of the culture it is trying to depict. And it was clearly understood that incomplete or imagined knowledge of a given culture or geographic region increased the fascination and left wide-open spaces for romantic projections. 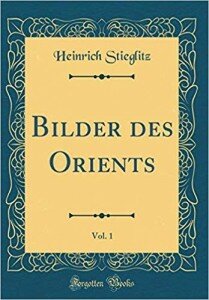 For Carl Loewe, “fairytales” of different times and people served as an important inspiration. A contemporary dictionary writes, “We watch passing by cheerful Greek gods, biblical scenes, Christian saints and martyrs, poetic stories living deeply within the people’s memory of its heathen prehistoric time, all characteristic types of the Middle Ages, Brahmins, Turks, Moors, exotic fellows of all kind. Loewe’s works represents the visible world in musical sounds. His fantasy is at home in all these zones.” In 1833, Loewe set to work on composing the song cycle “Assad and Gulhinde,” to texts by Heinrich Stieglitz. Loewe had predictably never been to India, so it is rather impressive how he musically describes the overall atmosphere, embracing the imagined sounds of the Orient. Interestingly, Niels Gade also composed music to five poems from Stieglitz’s Bilder des Orients. In all, roughly 130 poems by Stieglitz were set to music by Fanny and Felix Mendelssohn, and Heinrich Marschner to mention only a selected few.