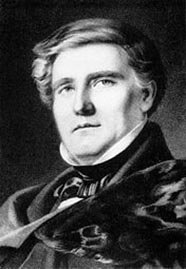 When Carl Loewe (1796-1869) moved to Halle to further his musical education, he quickly became involved in the local “Singakademie.” Founded by Johann Friedrich Naue—a student of Carl Friedrich Zelter—in 1814, this large choral society was established to study and eventually perform “compositions of the great Handel, who was once the pride of Britain, and, as a born Halle, our pride.” Loewe had unsuccessfully competed against Naue for the post of organist at the Marktkirche in 1816, but he nevertheless featured frequently as the tenor soloist in performances by the Singakademie.

Then as now, choral societies not only cultivated music. They were also, in equal measure, concerned about social interactions and making connections in the community. And Loewe made a highly significant personal connection when he met Julie von Jacob, who was an active singer in the Singakademie. Soon they were playing piano duets, which Loewe specifically composed for them. 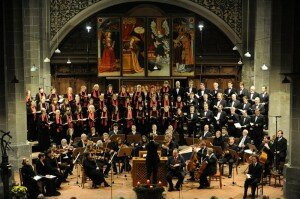 Carl Loewe: Grand Duo for Piano 4-hands in F Major, Op. 18
She was the daughter of the arts curator at the University of Halle, who doubled as the founder of a local bank. Professor Ludwig Heinrich von Jakob ferociously cultivated music and the arts at home, and Loewe and Julie frequently featured at these salon concerts. A mutual friend reports, “It was such a pleasure to see the appearance of that young blond man, who performed his ballads written at that time. And in duets with Julie, I have never heard Mozart’s or other duets sung with a warmer expression than with this pair united in the most enthusiastic childhood sweethearts.” As you might well imagine, his love found resonance in a great number of musical settings, including a tender interpretation of the Goethe poem “Ich denke dein” (I think of you.) Once Loewe had secured the organist position at St. Jacob cathedral in Stettin, he married his Julie on 7 September 1821. 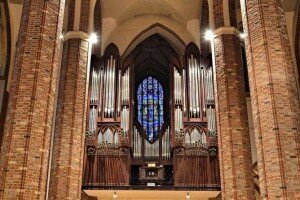 Carl Loewe: 5 Gesänge der Sehnsucht, Op. 9 “Ich denke dein”
The couple was deliriously happy, and Julie gave birth to their son Julian on 26 February 1823. Tragically, however, Julie essentially died in childbirth on 7 March 1823. Loewe was devastated, and his son had to be raised by relatives. Father and son never managed to develop a proper relationship, and his son never forgave him for marrying one of his students only a couple years after his mother’s death. Julian Loewe went to America and was never heard from again. 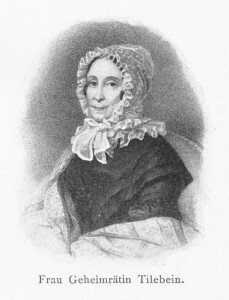 At the beginning of his tenure in Szczecin, his father-in-law introduced Loewe to Councilor Sophie Auguste Tilebein, who maintained a lively salon in Züllchow Castle. Loewe appeared frequently performing his songs and other compositions “with his second wife, the singer Auguste Lange.” Loewe had met the significantly younger Auguste during his educational activities in Stettin, and the couple married in 1825. They had four daughters, and Auguste became a frequent and celebrated performer in his oratorios. It is well worth remembering that Loewe’s lifetime fame was not exclusively built on his ballad and song compositions, but relied on his reputation as the most prolific composer of oratorios. Auguste survived her husband by almost 30 years.