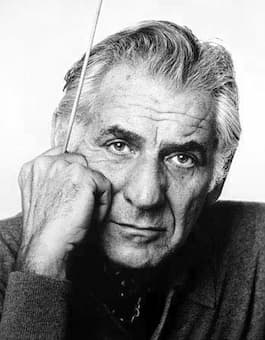 On 14 October 1990, five days after announcing his retirement from conducting, Leonard Bernstein died in his New York apartment at “The Dakota.” Bernstein had been ill for years as he suffered from emphysema, asthma attacks and bouts of bronchitis brought on by heavy smoking. According to his physician, Bernstein died of a heart attack brought on by “progressive emphysema complicated by a pleural tumor and a series of pulmonary infections.” Lenny, as he was affectionately known around the world, was a Renaissance man who excelled as pianist, composer, conductor, and teacher. Although he exhibited remarkable talent and expertise in four areas, he might still have remained an obscure musician “without the unique theatrical flair that dominated his personal as well as professional life.” He became a personality that made classical music palatable for the masses. Bernstein was a major charismatic figure in modern classical music and the Broadway musical theater. His theatrical works include five Broadway scores, although occasionally “1600 Pennsylvania Avenue” is also mentioned in this category. 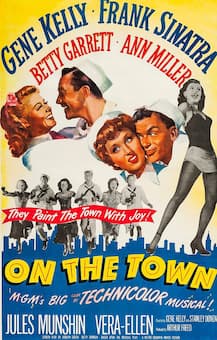 Bernstein: On the Town

The musical On the Town from 1944 originated in the ballet Fancy Free. Expanded into a Broadway musical with libretto and lyrics by Betty Comden and Adolph Green, the story details the adventures of three sailors on shore leave in New York City. They find what they’re looking for in the aggressive cabbie Brunhilde Esterhazy, a reserved anthropologist named Claire De Loone, and a Coney Island belly dancer by the name of Ivy Smith. Bernstein provided a youthful and vibrant score with such anthems as “New York, New York,” “Lonely Town,” and “Lucky to be me.” It was turned into a movie starring Frank Sinatra and Gene Kelly five years later, but the “Bernstein score was truncated because the studio feared it was too classical and too difficult for audiences. 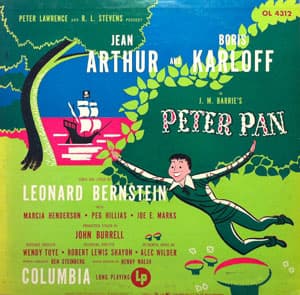 In 1950, Bernstein wrote both music and lyrics for a musical version of J. M. Barrie’s Peter Pan, starring Jean Arthur and Boris Karloff. Besides composing incidental music and dances for the show, Bernstein also included seven songs. In the end, only five were included in the Broadway production, and the New York Times praised this work as “melodic, colorful and a dramatic score that is not afraid to be simple in style.” 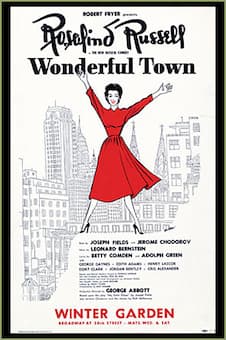 Bernstein was asked to join the Wonderful Town project because the first contracted team of composers had failed to produce a score. The story was based on the popular play “My Sister Eileen,” featuring two sisters from Columbus, Ohio who move to New York City in the 1930s to seek their fortunes. They immediately question their decision when bright streetlights and rowdy pedestrian prevent them from finding sleep in their tiny Greenwich Village apartment. Bernstein wrote the score in about six weeks, producing a “collection of ebullient songs that parodied the music of the Depression years and included moments of high comedy and effective character description.” 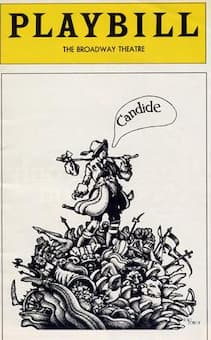 Bernstein’s 1956 collaboration with the dramatist and screenwriter Lillian Hellman produced the operetta Candide. Based on Voltaire’s satirical novella of 1759, Candide was essentially unsuitable for theatrical treatment, and it showed. Writing in the New York Herald Tribune, Walter Kerr termed Candide “a really spectacular disaster.” It opened on Broadway on 1 December 1956 and closed after 73 performances. The work nevertheless boasts an amazing variety of music, ranging from Viennese waltzes to Lutheran chorales and Mozartian ensemble finales. Candide has been continually revived since 1956, and a greatly revised production with additional lyrics by Stephen Sondheim ran for 740 performances on Broadway in 1974. At his last appearance in the U.K. Bernstein conducted a concert version of the score in London in 1989. 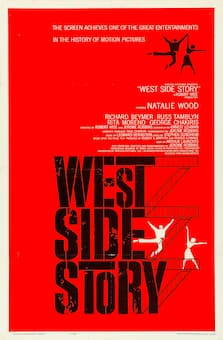 West Side Story opened on Broadway on 26 September 1957, and Bernstein explained to the press, “the entire show was a tightrope between art and realism, carefully balancing audience expectations between the diverse demands of fantasy versus authenticity, entertainment versus drama.” In 1949, the theater producer and dance choreographer Jerome Robbins envisioned a modern adaptation of Shakespeare’s Romeo and Juliet. Set during the Easter/Passover season, it featured an ill-fated romance between a Catholic boy and a Jewish girl. The project was not realized initially, but with urban gang warfare on the streets of New York City making headlines around the world in 1955, Arthur Laurents developed a book based on this most famous love story. Casting it in contemporary terms, it tells the love story between Tony, a retired gang leader and Maria, the newly immigrated sister of the head of a rival Puerto Rican gang. Stephen Sondheim penned the lyrics while Robbins designed the expressive and gripping ballet scenes. But it was Bernstein’s music that captured the essential spirit of New York. For Bernstein, West Side Story arguably represented his greatest triumph as a composer.