Playing Is ‘Your Reflection Of Your Soul’ 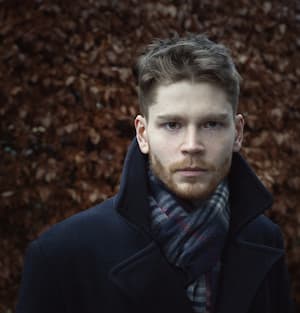 Russian pianist Andrey Gugnin has toured all over the world, performing across Europe, America and Australia, and makes his Hong Kong debut on 16 September, giving a recital of Scriabin and Rachmaninoff.

He won the Sydney International Piano Competition in 2016, and was a prizewinner at the 2014 Gina Bachauer and 2013 Beethoven Piano Competitions. His recordings have been featured as Editor’s Choice in Gramophone, and in 2020 he scooped an Instrumental Award from the BBC Music Magazine for his recording of Shostakovich’s 24 Preludes and 2 Piano Sonatas.

Ahead of his appearance at the University’s Grand Hall this month, he talks to me about his changing relationship to old pieces, and how being open is the key to learning new things.

We had an upright piano in my parents’ apartment, which we inherited from my grandfather I believe. Apparently I showed some interest in the instrument, so my parents decided to bring me to music school. I was already seven, and [the school] didn’t accept me because I was too old to start from scratch.

So, my parents gave up on this idea, but once I entered ‘normal’ school, there was a music department which I auditioned into and had a great teacher. She said I should continue and that’s how it started.

I never even had just a thought that I would be someone else doing something else. It was a natural path. I mean, I still have crises, thinking how can I make it through in terms of my career, but I never doubted about the profession itself. 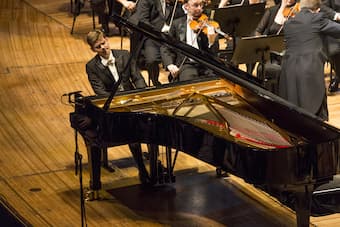 My mentor Stanislav Ioudenitch, and also my friends and colleagues – I get constantly inspired by listening to wonderful musicians of our generation who can do so many great things.

I actually struggle to give any definite answer, because for me, my brain works the way that the piece I’m playing or learning at that moment becomes very much part of myself.

In general, lately I have a big affection towards Russian music, especially Rachmaninoff, Prokofiev, Scriabin, Tchaikovsky, and so that’s why I dedicate a significant part of my repertoire to these composers.

And it makes me look forward to the [Hong Kong] concert twice as much – and not just because it’s my first time in Hong Kong! The programme, for me, makes this concert really really exciting. I haven’t played a recital with this particular combination of Scriabin and Rachmaninoff and I’m curious about how it will work.

Absolutely! Plenty of Rachmaninoff which I haven’t yet played, like his First Sonata, his complete Etudes Tableaux, his Fourth Concerto, and tonnes of Scriabin – he left a vast piano legacy.

And Prokofiev also – more sonatas – and lately I’m really in love with his arrangement of Ten Pieces from Romeo and Juliet, how well it works on the piano.

There is a pattern which I strongly experience: the perception of a particular piece of music changes dramatically over the years, and it simply cannot be any other way.

The music is being created in this very moment, as if it never existed, and […] it can only work if it comes as sincerely as the person’s inner feeling of that music. And therefore it means that ultimately, your playing is who you are, it’s your reflection of your soul. 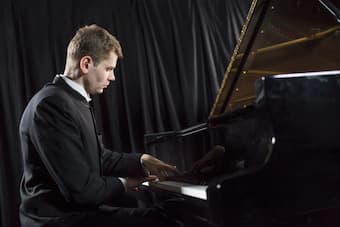 And that means that once you grow up, with more years and more experience, your interpretation, your feeling of the music changes, and your performances change, and that’s happened to every piece [I play].

Generally I don’t go back often to pieces I played some years ago, it’s very rare. In fact, the Rachmaninoff Preludes that I’m playing in Hong Kong are an exception. I played them as a full opus maybe 11, 12 years ago. I played them for a year or so and then I didn’t play them for many years. And now the perception [of them] has changed, absolutely. It’s different music.

It’s very hard to define in words, but it just feels different. And that makes this concert even more exciting to me, because this is a ‘new old’ piece to me, and I’m curious myself about what kind of evolution it’s undergone.

I still don’t know what exactly to expect, and I love that feeling.

I think primarily reading. All sorts of literature, mostly fiction. Also Russian classical literature – my favourite is Vladimir Nabokov. I’m discovering how important it is just to be receptive, to pay attention to everything that’s happening around you, to constantly observe things.

If you pay attention to things, you start to learn new things. You see the patterns you didn’t notice before, and that makes you think, and that holds all sorts of incredible feelings. That’s the core of the experience.

Tickets for Andrey’s recital can be found here.