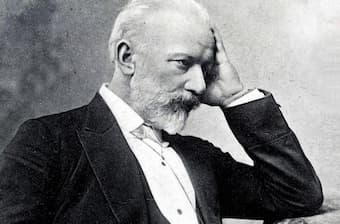 Tchaikovsky String Sextet in D Minor Op. 70 Souvenir de Florence was composed in 1890 – a remembrance of the wonderful summer spent in Rome, Florence, and Venice away from harsh Russian winters. Although Tchaikovsky found composing for this complement a challenge, as he wanted each instrument to have an individual profile, like his other works, it’s full of singable and lyrical themes. The first and the last movements marked Allegro con spirito and Allegro con brio—with spirit and with fire—bookend the two middle movements. The first movement is energetic with duple meter punctuations in the 3/4 meter of the movement, and it’s highly romantic. The movement gets faster and faster, “stringendo”, and leads to a prestissimo end. The Adagio begins with a chordal introduction before the gorgeous dolce melody enters with a sparse accompaniment of pizzicato, the first violin trading off with the first cello. A lush and stately chordal section interrupts before a lone viola melody returns with the lovely melody.

The Allegretto Moderato movement is based on a Russian folk melody and here Tchaikovsky has the instruments play more often in pairs. There is a surprise in store after the highly rhythmic and thick opening section. A fast light section played saltando follows and it is quite a contrast—that is when the bow is bounced several times in one direction with each stroke. This technique requires a lot of control from the musicians. The last movement, again based on a Russian folk melody, incorporates inventive rhythms, a fugato, and it finishes with gusto. Souvenir de Florence is a substantial work that musicians and audiences alike relish. The piece has also been reworked to be played by a string orchestra and is more often performed in this version. 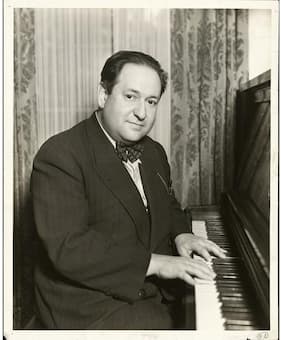 Austrian composer Erich Wolfgang Korngold (1897-1957), considered a spectacular musical prodigy by many, including Mahler, already had works performed at the Vienna Court Opera when he was merely 13. In fact, his opera Die Tote Stadt (The Dead City) from 1920 toured all over Europe. But he was among the Jewish artists banished during the rise of Nazi, Germany. Fortunately, he was able to escape their clutches and he immigrated to the US becoming the composer for some of the great Hollywood movies of the era.

Like Brahms’s sextet, Korngold’s String Sextet in D-Major op. 10 from 1914-16 is an early work, composed when he was only 17 years old. It’s definitely in the romantic vein but with some astonishing and innovative sections that remind me of Strauss or early Schoenberg. I’m struck by the individuality of each instrument—Korngold highlights each voice— yet the instruments come together in the lush ensemble that is the sextet sound. Korngold seduces us in the evocative Adagio, which begins with a poignant viola solo. During the movement, the composer vacillates between two keys, between romance and broadening harmonically. There are stunning slides to harmonics, which take my breath away.

The first movements, Moderato-Allegro, Adagio, Intermezzo: Moderato con Grazia, as the title implies, take us on a journey through several moods. The Finale: Presto is boisterous and a fascinating movement with scherzo-like virtuoso spiccato sections, (bouncing the bow off the string), with effects such as col legno, (a percussive effect created by hitting the stick of the bow) fast pizzicato, insistent unisons, and loads of notes! Towards the end a slower and beautiful melody emerges in the first cello but just as we’re lulled by the gentle melody, at the last moment the quick scherzo opening returns even faster and the piece ends breathlessly. It’s gorgeous writing. 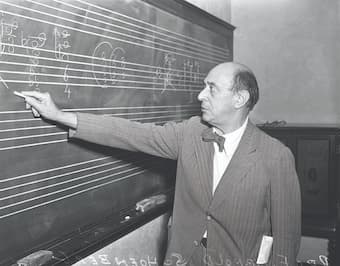 The name of composer Arnold Schoenberg scares audiences. An Austrian-American composer and music theorist, he was associated with the expressionist movement and is linked to atonality, avant-guard music and the twelve-tone technique (using all 12 notes of the chromatic scale before repeating any notes). He was hugely influential as a teacher to later composers Alban Berg, Anton Webern, John Cage and others. But Verklärte Nacht Transfigured Night Op. 4 is thoroughly in the passionate vein, perhaps the pinnacle of romantic music, and not only is it approachable, it is one of the most gorgeous works for this complement.

Composed in just three weeks, it is to be played in one movement although it has five sections following and inspired by the poem of the same name by Richard Dehmel. The woman, in anguish, confesses to the man she loves that she is pregnant by another man— “Two people walk through a bare, cold grove; The moon races along with them, they look into it…A woman’s voice speaks: I’m carrying a child, and not yours…”

The opening, played by the lowest strings, is a mysterious undulating descant full of yearning. As the music progresses the cellos, seemingly taking a dim view of the situation, play aggressively with a forceful viola pizzicato punctuation. The violins play high and almost shrill in comparison. They lose steam and play regretfully. A lone viola enters. Silence. Then the strings enter with another dark plea. The single instruments respond, and back and forth it goes alternating between the full and desperate unison strings and single instruments until there is utter resignation. I think the music expertly personifies the conflicting emotions of the couple wailing in the moonlight.

A sudden move into the major key occurs at the moment when the man, seemingly filled with forgiveness, says, “From you to me, from me into you. It will transfigure the strange man’s child. You will bear the child for me as if it were mine…” The music transforms and is richly romantic with an expressive high violin line, which is mimicked in the cello as if the man and woman are speaking to one another. During the lush and passionate last minutes, the lovers come together with understanding, and the piece ends in hushed whispers as if they and we are ascending to heaven.

Schoenberg orchestrated the work for string orchestra. Here is a spectacular performance of this version played without a conductor, in darkness, with the cellos facing forward, and all the musicians playing from memory. What a remarkable feat.

I hope you’ll agree we’ve come a long way on our journey examining sextets from Boccherini to Brahms and beyond.

Schoenberg’s Transfigured Night from memory and in the dark. Amazing!