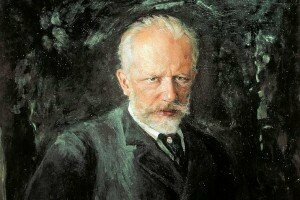 Portrait of Tchaikovsky by Nikolai Kusznezow

Pyotr Ilyich Tchaikovsky (1840-1893) was trained within a conservatory tradition that emphasized Western compositional techniques and expressions. As such, we would expect to find a multitude of intimate works for small ensembles. In reality, however, his published chamber output is limited to three string quartets, a string sextet, a single piano trio and three works for violin and piano. These compositions have received almost unanimous praise from the listening public, but some music critics and composers callously suggested that Tchaikovsky was merely a “symphonist who produced chamber music by paring things down rather than creating within the form.”

It is true that Tchaikovsky found the limitations of timbre imposed by chamber music rather distasteful, but the inspiration for his first string quartet developed from his deep veneration of Wolfgang Amadeus Mozart. This first significant quartet written by a Russian composer represents “an urge to return to a realm of purer expression…and a sense that the world of his classical giant was chaste and poised in a way his own could never be.” 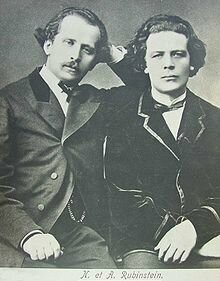 With the premiere of his first quartet on 28 March 1871, Tchaikovsky had established himself as the “greatest musical talent in present-day Russia… the sole hope of our musical future.” Cesar Cui would subsequently write, “In Russian chamber music, the accolade goes to Tchaikovsky. His melodic abundance, his beautiful manner in the handling of polyphony, preserving the independence of each voice, his skill in the use of instruments, have found a happy application in his quartets.” High praise none withstanding, Tchaikovsky turned his back on chamber music and in October 1880 his patroness Nadezhda von Meck asked him why he had not written a single piano trio? Tchaikovsky responded, “How unnatural is the union of three such individualities as the piano, violin and the violoncello! Each loses something of its value… A trio implies equality and relationship, but do these exist between stringed solo instruments and the piano? They do not; and this is the reason why there is always something artificial about a pianoforte trio. I do not care for the trio as a form therefore I shall never produce anything sincerely inspired through the medium of this combination of sounds.” In the end, however, he did compose a Trio in A minor as a musical eulogy to his staunchest supporter, Nikolai Rubinstein. 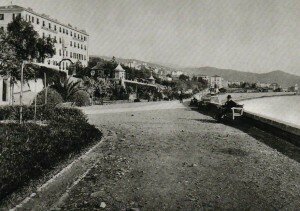 Tchaikovsky’s unique gift for writing luxurious and soulful melodies is perhaps nowhere more evident than in his writing for the violin. He worked with some of the finest violinists ever emerged from Russia, including Leopold Auer and Adolph Brodsky, and they provided him with the inspiration and performance abilities that allowed him to develop a special relationship with the instrument. Yet once again, the three-movement Souvenir d’un lieu cher (Memory of a dear place), Op. 42 is the only work for violin and piano that Tchaikovsky composed specifically as a chamber piece. Begun during work on his violin concerto, the set was completed in May of 1878 at the Ukrainian country estate of his benefactress Nadezhda von Meck. A musical microcosm of his compositional style, it radiates melodic and harmonic lushness and glows with emotional intensity.

Pyotr Ilyich Tchaikovsky: Souvenir d’un lieu cher, Op. 42
Tchaikovsky’s last chamber work, the sextet titled Souvenir de Florence originated, as the name implies, in the Tuscan city of Florence. Working on his opera Queen of Spades, Tchaikovsky was enchanted by the idea of writing for the combination of six string players, but he was unsure how to resolve the problem of writing for six independent voices. As he wrote to his brother Modest, “I began it three days ago and am writing with difficulty, not for want of new ideas, but because of the novelty of the form. One requires six independent yet homogeneous voices. This is unimaginably difficult.” Tchaikovsky kept tinkering with assorted parts to “bring this venture to its conclusion, lest it should grind to a halt.” In the end, it took him more than a year before the work was premiered in St. Petersburg on 24 November 1892. The Souvenir from Florence, which reasonably could be called Souvenir from almost any city in Europe, is undoubtedly one of Tchaikovsky’s sunniest compositions.