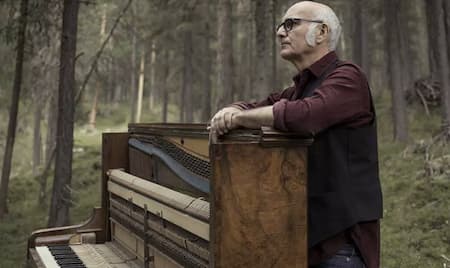 Oh go on, get over it. You clicked on it, you’re ready to scoff and get angry, and you’re sceptical as shit about anything I could write that might convince you to think otherwise. But let me invite you for just a minute to suspend judgement based on your existing biases, and allow me to form an argument over the next few hundred words.

Firstly, don’t worry: this article is not trying to convince anyone that Einaudi’s music is any good. Instead, it’s an attempt to look beyond the question of taste, and explore the social and industry repercussions of a musician who has become a relatively household name for his relaxing, repetitive classical music. Personally, I don’t particularly like Einaudi’s brand of music, nor am I a huge fan of his contemporaries Hania Rani, Olafur Arnalds, Joep Beving, or any others from the endless list of European simple-piano-composers who have managed to take the already boring ‘Philip Glass School of Composition’, and make it even more simplistic.

However, I do wholeheartedly believe they are collectively doing something phenomenal for the future of classical music.

Over the past two years, I have experienced a huge upswell of interest from adults in taking up piano lessons. Students from different demographics – Lebanese, Polish, Indian, German, Romanian, North American – all around the same age (from late-20s to late-30s), and all who share an appreciation for this genre of music. They might erroneously call it ‘classical music’, they might have no idea how this music is perceived by classical musicians, they just know that they like it and they want to make it.

Now we, as the self-appointed educated elite of musical taste, look down with disgust at these tasteless plebians with not-a-small amount of self-congratulatory mirth tinged with frustration. We think they must be uneducated, or worse, foolish, for liking such simplistic music – especially when they have a treasure trove of complex, virtuosic solo piano music that has the ability to capture the entirety of the human experience in a single Schubert Impromptu or single-movement Scriabin Sonata. Exasperated, we extoll the virtues of the old masters and plead with the plebs to open their ears to the potential of ‘real’ classical music.

Because nothing really inspires an embrace of something like the ridiculing of what people have chosen to identify with. And then we wonder why people think we’re exclusive and elite? Oh and let’s be honest and just admit that we (specifically pianists) hate Einaudi because we’ve dedicated a decade or more of our lives to 6+ hours of practice every day, only to find out the whole world prefers music that probably takes around five minutes to compose, and less time to master.

The history of the piano is indelibly linked with technological developments through the past four hundred years. The development of the fortepiano hammer action by Cristofori took the keyboard from an accompanying instrument to the realms of greatness; the manipulation of steel and heavy metal took the ruddy little box and turned it into a 9-foot gargantuan of the concert hall. This period – roughly the 1860s-1910s coincides with the high point of piano literacy: by virtue of the fact that if one wanted to hear music, then one needed to make it (or know someone who did). In a Western world where everyone had some form of connection to the instrument, it can’t be surprising that the level of piano appreciation allowed composers like Liszt, Brahms, Ravel, Rachmaninoff et al to flourish.

Then, the evolution of recording and radio technology took the piano from every house and replaced it with an Edison (or equivalent) box that pumped out all the music one could want without requiring any pre-required knowledge. The ability and knowledge surrounding the art of music making became relegated to professionals, with an ever-growing gap between the novice and master, leading to our current situation, where professionals perform at an impossibly high level, with only an extremely small percentage of the population able to fully appreciate the mastery at play. In our contemporary era, the level of piano literacy required to ‘understand’ and ‘fully appreciate’ a piece of romantic piano music, in combination with the cultural and social stigmas associated with classical music (and what/who it represents, e.g. judgemental snobs who hate the fact you like Einaudi), means most people simply don’t have a connection to traditional classical music. 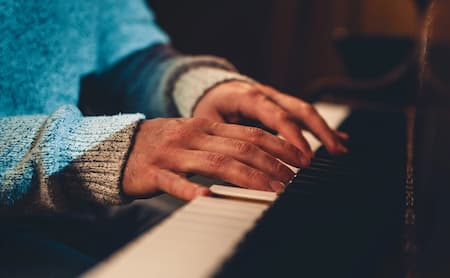 A large chunk of these people are, however, finding a connection to the music of Einaudi and co. for myriad reasons: perhaps it speaks to them as it is contemporaneous to modern society; because it does relax them (and in this world, can’t we all appreciate a little relaxation?); because it does seem like something they could play themselves; because it offers a tactile experience as a respite from the digital world.

Now, if we were somewhat broad-minded and even a little forward-thinking, we could see this as an inherently good thing. That is, we could see an entire generation of young-ish people coming back to the piano, taking up lessons, wanting to improve their life by the addition of instrumental music. This is already happening, but our response so far is to belittle their preferences, and call them out for liking things that aren’t ‘real classical music’.

What if, instead, we treated this music as a gateway drug (something Richard Clayderman, Andre Rieu, the Three Tenors, Charlotte Church, etc. were all purported to be over the past thirty or forty years with limited success) to the aforementioned ‘real’ music? It stands to reason that if our music really is any good, then a proper connection with it would eventually touch and inspire those who unwittingly come across it. Whether it’s the people who are coming across Einaudi and letting Spotify’s algorithms do the rest might eventually come across Schubert; or those who take the leap and want to play it – surely we as teachers are in the best position to educate them about the virtues of all piano music across the centuries.

For this reason, I believe Einaudi could be a force of net positive good that extends beyond his extremely limited chord progressions. He isn’t the saviour of classical music, that title was just written to enrage you and invite you to rethink the way you engage with this topic, especially with non-classical music audiences who show their enthusiasm for instrumental music in a way that we could only dream of when we present our Rachmaninoff.