Many modern orchestras are focusing on the audience experience today. In the United States and several other countries, you can go to a concert hall to hear a symphony orchestra and they will encourage you to clap between movements if you want.

Several orchestras offer their patrons one-page explanation sheets of the music they are about to hear. Others will have applications that you can access during a concert on your smartphone to guide you through the music entering your ears.

Some concerts are aimed at a younger generation and encourage the audience to stand up or move around during a performance. There are quite a few concerts where you can bring your drink into the hall. Some don’t mind if you video record the concert and take photos. But as always, no flash, please.

There are some orchestras that have turned their rehearsal spaces and concert halls into a night club experience. Where instead of playing just loud thumping electronic beats, they can hear classical music in the same context as a nightclub. I think that is very smart. 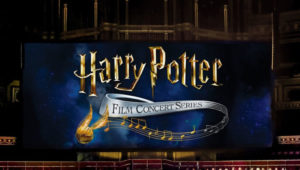 Why are they doing this? The generations who have grown up in the digital age have a different mindset about entertainment. For them, it is more appealing if it’s an interactive experience, like a computer game.

Orchestras that want to remain relevant to contemporary audiences are asking themselves, what is more important, the music or the experience?

What some have found is that focusing on the experience of music over the sound of music is that people are becoming more engaged and enlightened about classical music. This might reflect the recent rise in classical music sales among younger generations.

Combining rock music into a classical music experience is nothing new. Deep Purple did this back in 1969. There’s a long list of rock and pop bands that have played on the same stage with a symphony orchestra. These concerts tend to be a one-off event, but they go a long way to raise interest with younger people around classical music and how it works.

A lot of movie music is quite classical. Combining music from the movies with the actual movie on stage is growing in popularity. Almost all of these concerts are sell-outs. Think Harry Potter, the music of John Williams and the Star Wars series. Some concerts are specially created just for film music.

The Royal Philharmonic Orchestra, as we’ve just read are great promoters of a new musical experience in the concert hall. They hold regular concerts where they play the music from old and new films.

Rethinking the concert hall experience is not just a good idea, it is something that orchestras have to do today if they want to survive. The top orchestras of the world have no problem filling concert halls with a traditional experience and traditional classical music. But they are relying on an ever-dwindling audience, and they know it.

The Philharmonia Orchestra of New York (PONY) that began in 2016 is one such group. The variety of options they offer, including visuals, which are vital to engaging with a younger audience, to jazz, 3D projections, robocams showing close-ups of the orchestral players onto a big screen, and all this combined with classical music.

Whether traditional concert goers want to engage with this style of experience is not really an issue for some orchestras. They would like people of all ages and backgrounds to experience the rapture of classical music, but if they don’t, it won’t affect their future progress.

For the first time in the history of classical music, the players and orchestral associations are asking what can we do to bring classical music to a wider audience and keep it being performed and keep it relevant in today’s modern society.

Hopefully, they are not too late in asking these questions and that audiences of all ages everywhere with get to experience and know more about classical music than past generations. Long live classical music.